An ex-bodyguard of Gina Rinehart’s middle daughter Hope has published a tell-all book about what he describes as their ‘love story’.

And the French-Israeli former soldier, Alon Assouline, will ring in 2021 by releasing a drama series based upon it.

But according to Assouline, their love affair fizzled, and he found ‘therapy’ in writing down his thoughts.

The result, the e-book Dangerous Protection, is dotted with eye-opening anecdotes about life in the bubble of the super rich and his struggle with ‘the cancer of love’. 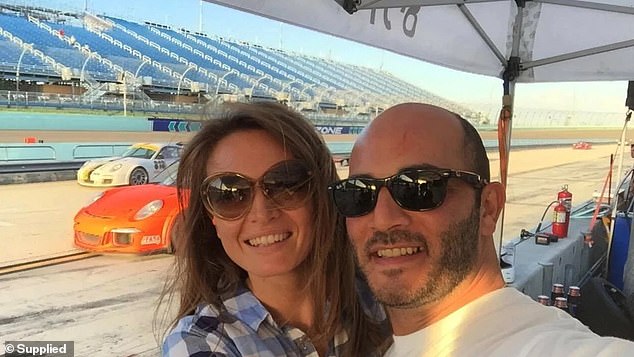 Alon Assouline, the former bodyguard of Gina Rinehart’s second-oldest daughter, Hope Rinehart, has written a book about his ‘love story’ 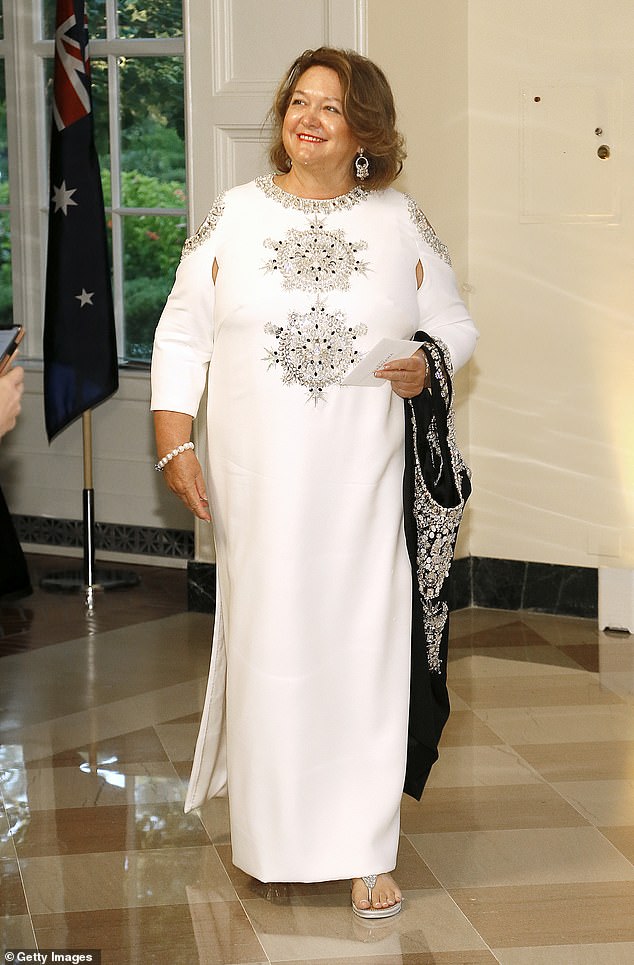 In his book, Mr Assouline tells how he had the ‘greatest lunch of my life’ with mining magnate Mrs Rinehart – pictured at state dinner the White House hosted for Australia last year. Forbes magazine this month listed Mrs Rinehart as the 45th most powerful woman in the world 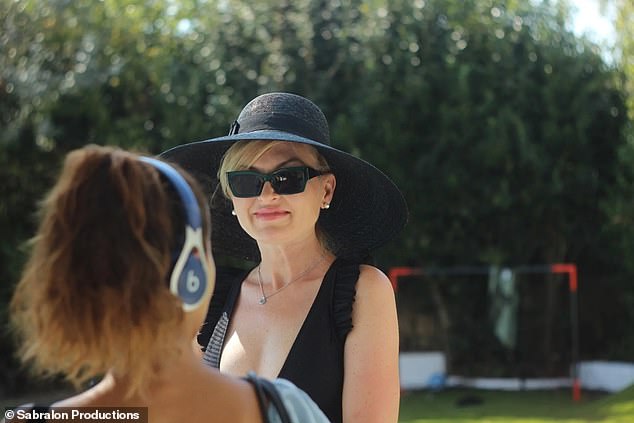 A promotion still from the web series that Assouline is producing about his life, adapted off his e-book, Dangerous Protection

In his book, Assouline claims to have engineered a thaw in relations between Mrs Rinehart and her daughter during the ‘greatest lunch of his life’ in Paris in 2014.

The Rinehart clan has been swept up in a court struggle over a multi-billion trust for most of the past decade.

And Hope initially led the charge against her mother’s control over the trust, alongside her siblings Bianca and John.

Assouline claims he misled the billionaire over her daughter’s intentions to meet with her, during a private meal with Mrs Rinehart at Paris’s George V Hotel.

The author said he had received a message from the mining magnate’s personal assistant in the European autumn that year, requesting a meeting.

‘During that lunch I saw Madame Rinehart very touched and concerned about Hope’s new life in Paris,’ he recalled.

‘I had understood that I had not only the richest woman in the world in front of me but also a grandmother who cared about her daughter and her granddaughter, it touched me a lot, she was so sincere and I decided to do something risky to try and help them, without any superficiality.

‘I told both of them that they missed each other a lot,’ he said, and suggested they meet up that day.

He claims Hope and her mother then came together and it was ‘fantastic to see the family together … I was so proud of my lie,’ he said. (Comment was sought from Mrs Rinehart’s representatives). 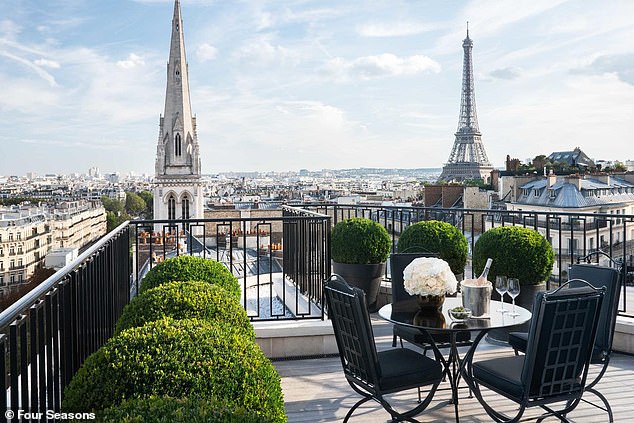 The view of the Eiffel Tower from the top of the George V hotel in Paris, France 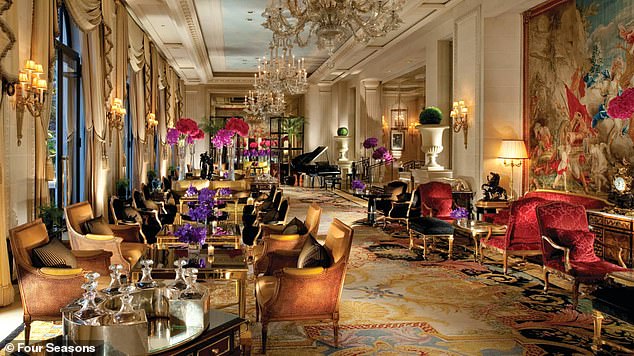 In other passages, Assouline speaks of travelling around the world with Hope – from Paris to New York to Saint Tropez.

He sometimes ribs Hope’s privileged lifestyle. In a passage recounting a bush walk, he mocked her for being ‘used to sitting on designer toilets, surrounded by precious marble.’

In other passages, he describes how the illusion of wealth changes peoples’ perceptions, while reflecting upon his experience at a dinner hosted by an oligarch.

‘Something struck me: all the women we looking at me, looking at the man in the white jacket, accompanied by the beautiful woman. Who was this couple?

‘Apparently, when they learned of Nadia’s identity, they were very admiring and jealous.’

Meanwhile the book’s chapters about his apparent romance with Hope at times read like a Mills & Boon novel.

‘Her breath in my neck gave me chills of desire,’ he wrote in one passage. 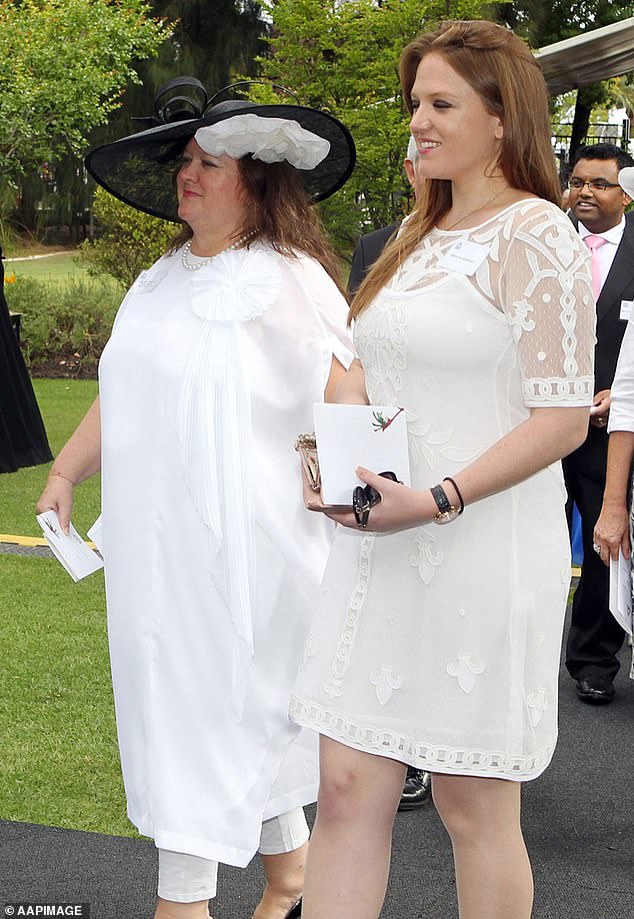 The e-book’s publication made few waves in Australia – likely because Assouline had changed the Rineharts’ names and fictionalised their nationality.

Hope became ‘Nadia’. The Rineharts became a ‘Ukrainian’ family – although one blessed with iron ore wealth and plagued by a court fight over a family trust.

Assouline claimed the only fictional part of his book were the ‘identities I changed out of respect.’

The book sometimes contains unfavourable observations about members of the wealthy clan, but he stresses the book isn’t meant to be about them.

He told Daily Mail Australia he changed the Rineharts’ names because, over time, he chose to focus the book on what he’d gone through ‘as a man, a bodyguard and a lover’ instead.

‘It was a few years ago and I was angry and in a deep depression,’ Assouline said of the writing process. ‘I made some mistakes like many lost men have.’ 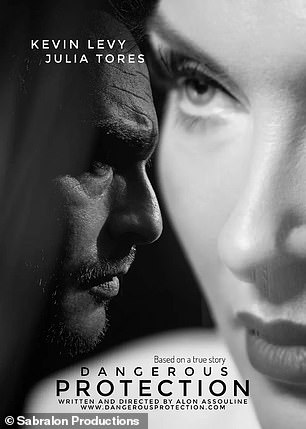 A promotional poster for his web series

He said of the Rinehart family: ‘Let’s let the Australian people recognise them, as you did, it will mean they read my book.’

In the book, he wrote that the end of his and ‘Nadia’s’ love affair saw him spiral into a deep depression that left him bedridden for a month, in the fetal position, unable to eat or sleep.

In his own words, he was being ‘eaten away by this damn cancer, the cancer of love.

‘I’m like a drug addict in rehab… I suffer from a lack of HER,’ he wrote.

Assouline, who has filmed his series with an iPhone, said season one of his ‘based on a true story’ web series will be released in January.

Hope Rinehart did not respond to a request for comment.