A motorbike rider is lucky to be alive after colliding with a trailer turning around a precarious corner, causing him to fall onto the road in front of traffic.

The motorcyclist was cruising down a road in Tasmania on Tuesday March 9 when he took a corner too quickly and slammed into an oncoming vehicle with a large trailer attached to the rear.

The shocking dashcam footage posted online showed the motorcyclist crash into the trailer and fall off his bike from the impact. 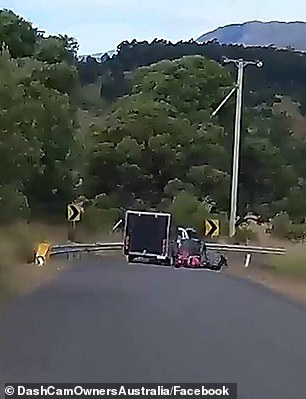 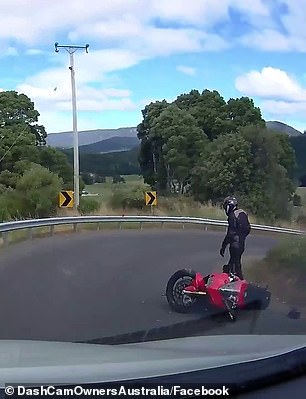 Two passing motorcyclists speed past the injured rider as he slowly began to stand on his feet following the crash.

The couple who filmed the collision said there were no serious injuries from the accident.

They drove past the motorbike rider and repeatedly asked if the man was ‘doing alright’ before turning around the dangerous corner to find the trailer parked to the left side the road. 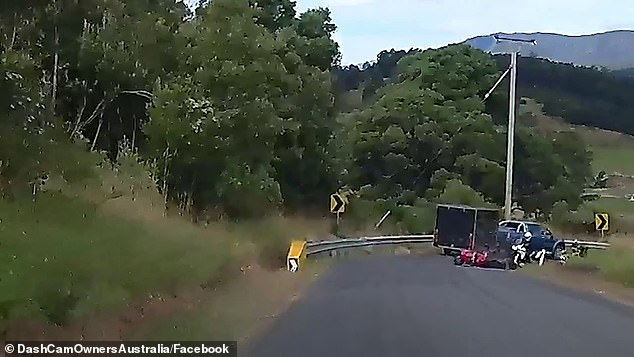 Child killer mother, 41, who beat her son, three, to death is freed