How access to abortion in the US will depend on where you live if the Court overturns Roe v. Wade 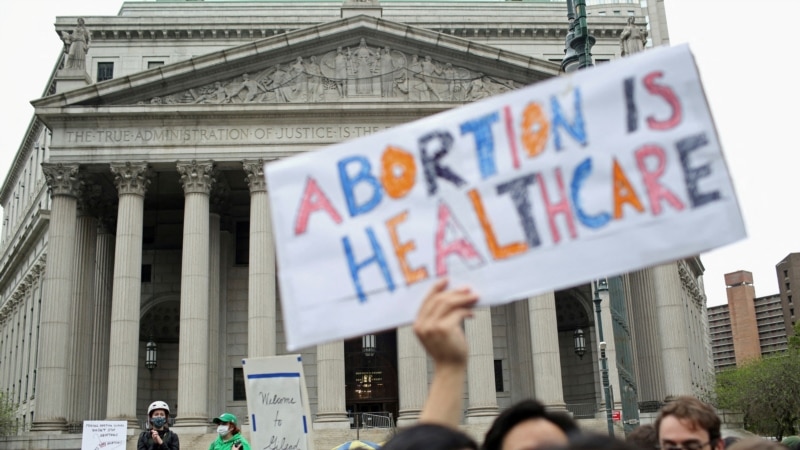 The US Supreme Court is about to overturn the Roe v. Wade, who legalized abortion across the country, suggests a leaked draft opinion this week.

While states across the country have anticipated such a decision for years, the draft is the clearest indication yet that access to abortion in the US will depend on where you live.

In the US, 22 states already have laws that would ban abortion altogether or very early in a pregnancy, even before many women know they are pregnant. according to the Guttmacher Institutea think tank that is in favor of abortion rights.

At least eight states have passed abortion restrictions this year: Arizona, Idaho, Florida, Oklahoma, South Dakota, Wyoming, Kentucky and Tennessee. Some of those laws have no exceptions for rape or incest.

At least two states, Michigan and Wisconsin, only have state laws banning abortion that were passed before Roe and could take effect if the decision is overturned. Michigan’s governor is suing to reverse that state’s ban.

If Roe v. Wade, the country will be divided into states that allow the procedure and those that ban or heavily restrict it.

Supporters of anti-abortion laws want to reduce the number of women seeking the procedure and discourage them from going to other states. At least 276,000 women ended their pregnancies outside their home state between 2012 and 2017, according to an analysis of Associated Press 2019 data compiled from state reports and the US Centers for Disease Control and Prevention (CDC).

In parts of the Midwest, South and Mountain West, the number of women terminating pregnancy in another state has increased due to a lack of nearby clinics or preferring to travel to a state with less restrictive abortion laws.

“22 states already have laws or constitutional amendments that would make sure they try to ban abortion as quickly as possible.”

According to the Guttmacher Institute, if Roe v. Wade were overturned or weakened, “22 states already have laws or constitutional amendments that would ensure they try to ban abortion as quickly as possible. Anti-abortion policymakers in several of these states have also indicated they will introduce ban-inspired legislation.” Texas Six-Week Abortion.

By the time the Supreme Court hears oral arguments in the Mississippi case, there will be nine states in this group with an abortion ban still in place before Roe v. Wade, states with a near-total abortion ban enacted after Roe, 11 states with a six-week ban that is not in effect, one state (Texas) with a six-week ban that is in effect, and one state with a eight weeks that it is not in force, and four states whose constitutions specifically prohibit the right to abortion.

Some definitions of abortion prohibitions:

Some states have multiple types of abortion bans.

Karina Muñoz, who works at a clinic in northern Mexico that specializes in women’s health services, told the Associated Press that receives between 100 and 150 calls a day in relation to abortion services.

He added that at least half of the callers are from the United States, and that the majority are from Texas, which shares a border some 370 kilometers (230 miles) long with Tamaulipas, the state in the far northeast of Mexico where the clinic where Muñoz works.

When they call, he says he makes it clear to clients that while Mexico’s highest court set a legal precedent by decriminalizing abortion in a case from Coahuila, a state that also shares a border with Texas, abortion is still not allowed in Tamaulipas.

He added that patients from the United States who are treated by his clinic can only receive health and prenatal exams, and that those who wish to have an abortion are advised to try it where it is legal.

The leaked Supreme Court draft has been confirmed as authentic by Chief Justice John Roberts, but is not yet final and could change before being handed down by the nine-member court.

Why do people love the Delicious German Pork Knuckle so much?