The decimation of the Liberal Party in Western Australia could make Labor leader Anthony Albanese the prime minister in next year’s federal election.

The state Liberals were reduced to a humiliating two seats in the WA lower house after a landslide victory for Mark McGowan’s Labor at last weekend’s state election.

That spells trouble for PM Scott Morrison‘s Coalition government which holds a group of Perth seats by slender margins.

State Labor’s massive victory at the weekend will also deprive the Liberals of vital fundraising ability. 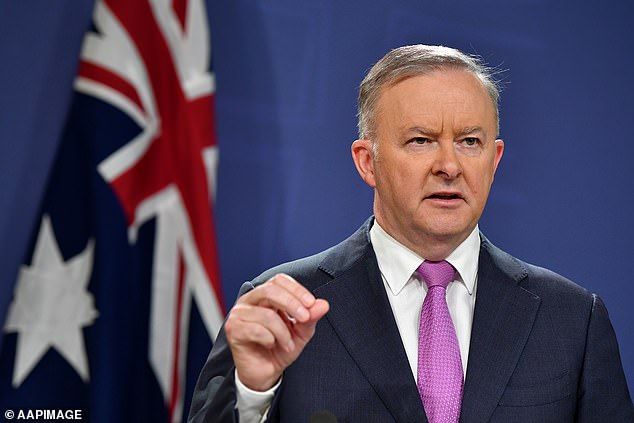 The party no longer has an army of state MPs for campaigning purposes and it can no longer rely on former federal cabinet ministers Julie Bishop and Mathias Cormann as major drawcards at fundraising dinners.

‘We’re going to have trouble not only manning booths but also getting money to put up a decent fight,’ he told Daily Mail Australia on Monday.

A Newspoll published in The Australian showed Labor leading Mr Morrison’s government 52 to 48 per cent after preferences.

That represents a national swing against the Coalition of 3.5 per cent compared with the May 2019 election.

Should that be replicated in Western Australia, the Liberal Party would lose the inner-Perth seat of Swan, which Steve Irons holds by just 2.7 per cent.

The swing against federal Liberal candidates is set to be bigger than the national average, considering it already holds 11 of WA’s 16 federal seats and is battling ministerial scandals involving rape allegations.

‘They’re both WA members and it does have an effect,’ Dr Washer. 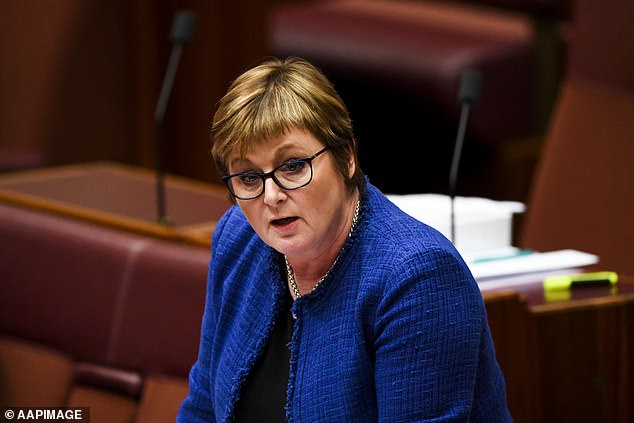 Political scandals engulfing Attorney-General Christian Porter and Defence Minister Linda Reynolds (pictured), who both hail from Western Australia, could also be toxic for the Liberal Party at the next federal election

‘Politics is about perceptions and the perception’s not good.’

This would endanger the Minister for Indigenous Australians Ken Wyatt in Hasluck, a traditional bellwether seat in Perth’s east on a 5.4 per cent buffer.

Another Liberal seat, Stirling, in Perth’s northern suburbs, is on a margin of 5.6 per cent.

A redistribution in Mr Porter’s Perth seat of Pearce could also slash his 7.5 per cent margin, making him vulnerable should there be a swing bigger than the national average.

Mr Porter could also be particularly vulnerable if he fails to shake the stain of allegations he raped a 16-year-old girl in 1988 when he was 17, which he denies.

Should Labor gain four federal seats in Perth, its numbers in the House of Representatives would swell from 68 to 72. 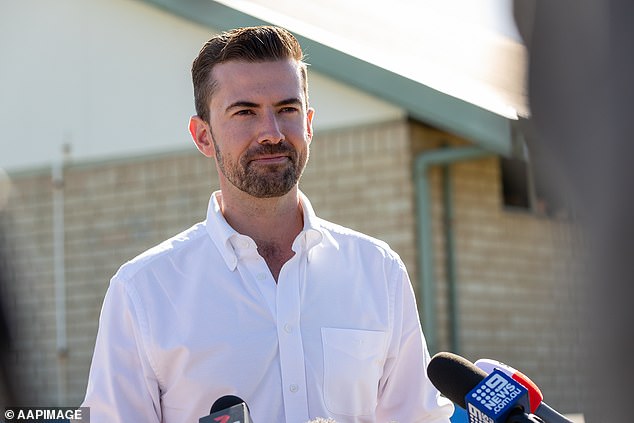 State Labor’s historic landslide election victory at the weekend has also decimated the Liberal Party, leaving it with just two seats and depriving it of vital fundraising potential. Pictured is former WA Opposition Leader Zak Kirkup who lost his seat

Mr Albanese would need to win back the Tasmanian seats of Bass and Braddon, which the ALP lost in 2019, plus the traditional bellwether NSW central coast seat of Robertson for any chance of victory.

Even then, he could need the support of Greens leader Adam Bandt, the member for Melbourne, and left-leaning independent Andrew Wilkie, in the Hobart-based seat of Clark, to form a working minority government.

Dr Washer, who is ideologically moderate, said the Liberal Party needed to preselect federal candidates who weren’t hardcore religious conservatives, as happened at a state level.

Mr Albanese said the WA state results were a good omen for the federal Labor Party. 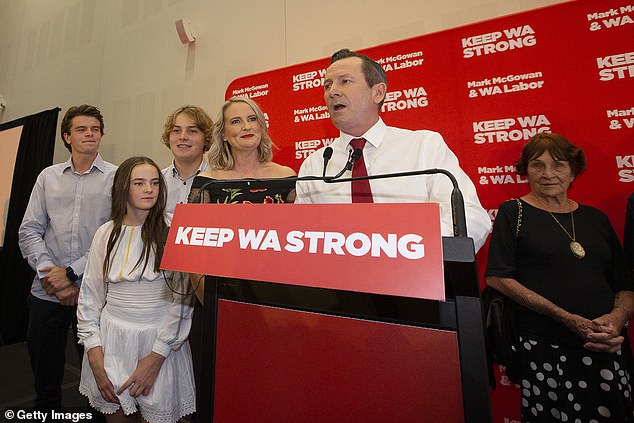 ‘This is primarily about Western Australia but it has to be good new for federal Labor as well,’ he said.

The federal Labor leader, who until recently had battled bad polls, said the Liberal Party in Western Australia was in a weak campaigning position.

‘Certainly their campaign in the state election was disastrous, and it’ll be the same people who are running campaigns on the ground during the federal campaign,’ he said.

‘They can fit people in a Mini.’

The ABC’s election analyst Antony Green called the election for Labor with less than one per cent of the ballots counted and just 42 minutes after the count began on Saturday night.