How long should your newborn baby sleep?.. know the answer

Babies, especially newborns, need to sleep longer periods and hours to complete their growth, and during the first few weeks of their lives, children sleep from 16 to 17 hours a day, because newborns wake up every one to three hours to eat, and children begin to sleep through the night at the age of 6 months when they develop their circadian rhythm.

According to a report by the site insider During the months of pregnancy, babies spend their whole lives in the womb, in complete darkness, so they were born without a sense of day or night instead, and eating turns out to be very tiring for them, which is why they sleep to get some rest.

How much sleep do newborns need 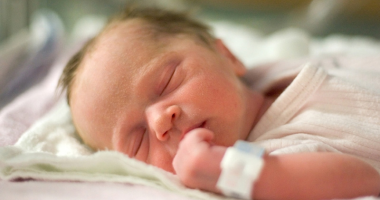 Newborns need the most sleep in the first few weeks of life, and newborns sleep for longer hours than they are awake.

In the first week of life, newborns sleep from 16 to 17 hours per day.

There are some differences, and some babies will sleep more than others. However, one thing is constant: no newborn will sleep through the night. A newborn will wake up every one to three hours to eat. Babies have a shorter sleep cycle. They spend much less time in REM sleep (REME), or dream sleep compared to adults.

Babies sleep for longer periods of time as they age 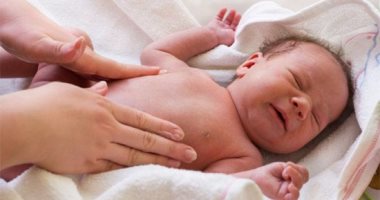 As children mature, their sleep pattern also matures, as they will begin to sleep longer during the night and need fewer hours of sleep during the day.

A 1-month-old baby sleeps about 15 hours, evenly divided between day and night

Babies still need about 15 hours of sleep each day but at about two months, they will start to differentiate between day and night and as babies mature, their stomachs can stay full longer, which means they will sleep for longer periods of time. 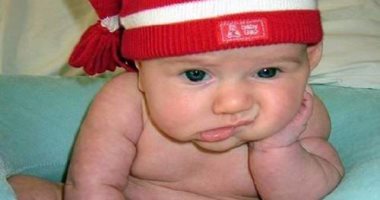 Babies sleep about 14 to 15 hours at this age, of which 10 to 12 hours are at night. They will wake up once or twice during the night to feed. But generally by the age of four months, babies are nervous enough to sleep longer at night, and experts recommend establishing a routine. Nocturnal at this age, which helps babies learn to sleep on their own which increases the likelihood that they will sleep through the night.

By six months, babies should sleep 13 to 14 hours a day. At this point, they have established their circadian rhythm. Babies sleep for 10 hours during the night and take a four-hour nap during the day.

Why does the beard grow only in men and not in women?