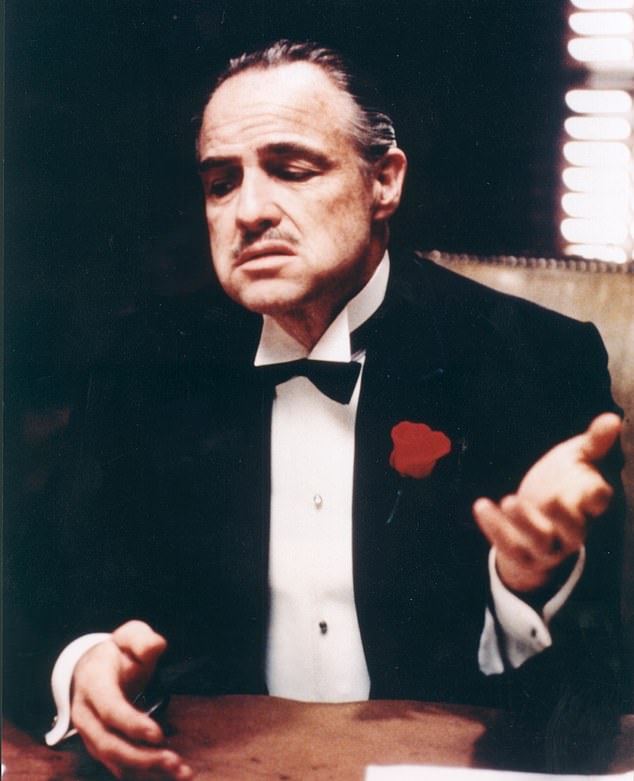 ‘I was blacklisted’: Native American actress who rejected Marlon Brando’s Oscars award on his behalf reveals never worked again in Hollywood and was abandoned by The Godfather actor

By Caroline Graham for The Mail on Sunday

It still ranks as one of the most dramatic moments in the history of the Oscars. But only now, nearly half a century later, has the Native American actress at the heart of it revealed the devastating aftermath.

Sacheen Littlefeather says she was ‘blacklisted’ by Hollywood and abandoned by Marlon Brando after rejecting the Best Actor award on his behalf in 1973 – a political stunt that was beamed across the world.

Littlefeather had been chosen by Brando to walk on stage and decline the Oscar he had been awarded in 1973 for his performance in The Godfather. It was supposed to be a protest at the way Native Americans were portrayed as savages by the film industry at the time.

Marlon Brando, pictured, had been awarded an Oscar in 1973 which he refused

But while the legendary actor was delighted by her performance, Littlefeather, a White Mountain Apache who had appeared in B-movies and on TV, never worked in the industry again.

But while the legendary actor was delighted by her performance, Littlefeather, a White Mountain Apache who had appeared in B-movies and on TV, never worked in the industry again.

Speaking in a new documentary, Sacheen: Breaking The Silence, she says: ‘It was the first time anyone had made a political statement at the Oscars. It was the first Oscars ceremony to be broadcast by satellite all over the world, which is why Marlon chose it. I didn’t have an evening dress so Marlon told me to wear my buckskin.’

She describes how, when she got on stage, she could ‘hear the boos and jeers’, adding: ‘I later learned six security guards had to hold back John Wayne, who was in the wings and wanted to storm on to the stage and drag me off.’

Afterwards she went to Brando’s house. ‘He told me I’d done a great job,’ she says. But it was Littlefeather’s last appearance on stage. ‘I was blacklisted – or, you could say, ‘redlisted’. I was ostracised everywhere I turned. ‘No one would listen to my story or give me a chance to work.’ Brando, she added, left her feeling ‘abandoned’. Michael Caine, who hosted the Oscar ceremony, criticised Brando for ‘letting some poor little Indian girl take the boos instead of standing up and doing it himself’.

Tonight’s Oscars promises to be a more subdued affair. It has already been dubbed the ‘wokest and weirdest’ ceremony ever. Just a handful of celebrities are expected to walk a ‘teeny’ red carpet in Hollywood, and those allowed inside will wear masks unless they are on stage. A source said: ‘Normally a billion people around the world watch the Oscars but the buzz isn’t there this year. Hollywood is bracing itself for a dud.’

Of the British stars, Emerald Fennell is favourite to win a Best Original Screenwriting Oscar for Promising Young Woman, starring Carey Mulligan, who is also nominated for Best Actress. Also up for that award is The Crown star Vanessa Kirby for her performance in Pieces Of A Woman. Previous Oscar-winner Olivia Colman is nominated as Best Supporting Actress for The Father, whose star, Sir Anthony Hopkins, is up for Best Actor, along with Riz Ahmed for Sound Of Metal and Gary Oldman for Mank.

Daniel Kaluuya is tipped to win Best Supporting Actor for Judas And The Black Messiah. Sacha Baron Cohen is nominated for The Trial Of The Chicago 7.