The question of Liverpool did not crop up once in Pep Guardiola’s inaugural press conference as Manchester City boss.

Those opponents were little more than average back then —eighth in the table the previous season — and it was Manchester United, anticipating instant rehabilitation under Jose Mourinho who consumed a half-hour of talk.

‘It’s our first time here. Fasten your seatbelt for the other side of the car,’ Guardiola grinned during a compelling conversation. 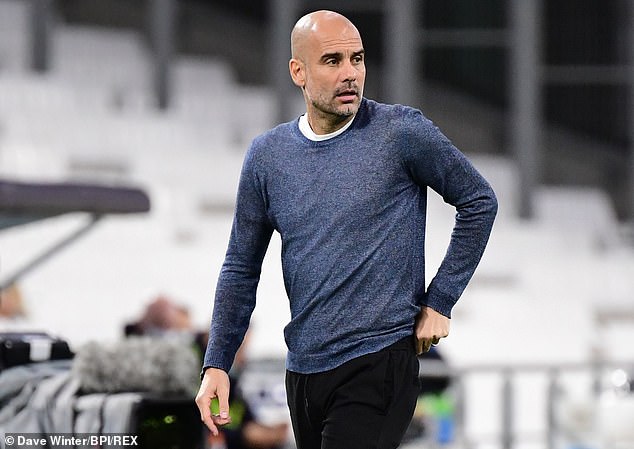 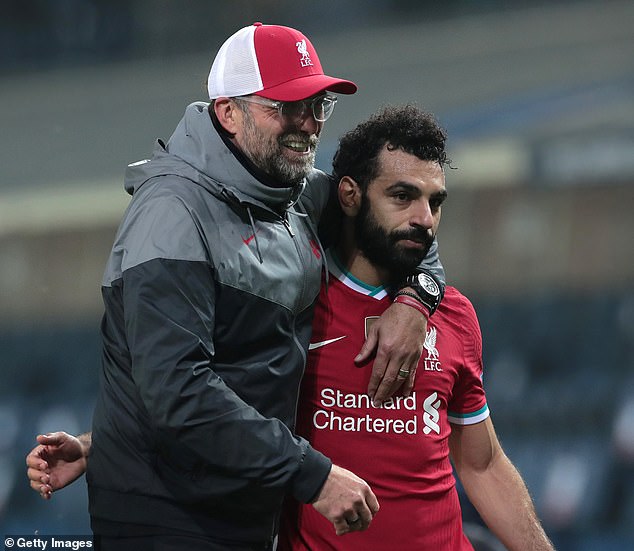 If Guardiola can reel in Jurgen Klopp’s side this season, it would be his greatest achievement 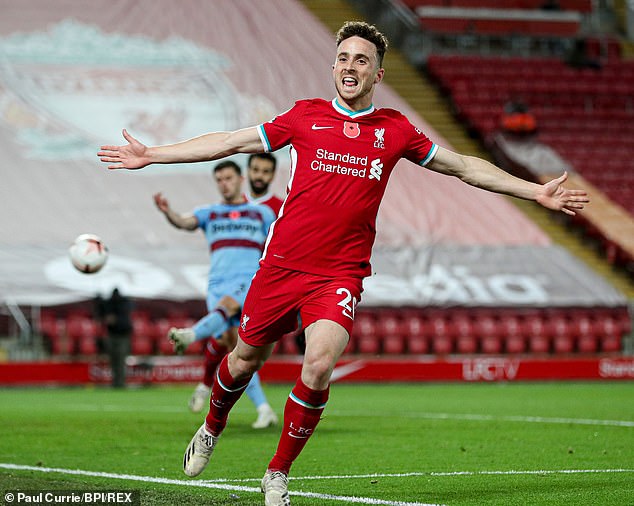 Four and a half years on, you wondered just how much energy he still has for it all, as he sat down on Friday to discuss an opponent who have become a thorn in his flesh.

It was with brio that Jurgen Klopp declared, 30 miles down the M62, that this fixture was the toughest of them all, though when this was put to Guardiola, he did not entirely seem to have grasped the question.

The media realm here does not seem to hold the same interest for him that it once did.

He has certainly faced obstacles since walking away from his spiritual home of Barcelona eight years ago. The Spanish sides his Bayern Munich team came up against in the Champions League semi-finals — Barca, Real Madrid and Atletico Madrid — became an obsession. He lost to them on all three occasions.

But Klopp’s players, who are at the Etihad on Sunday, have stolen City’s clothes as a side who press teams highest, suffocate them most and pass with an unmatchable precision and pace.

Reining them in would be Guardiola’s greatest achievement in management. 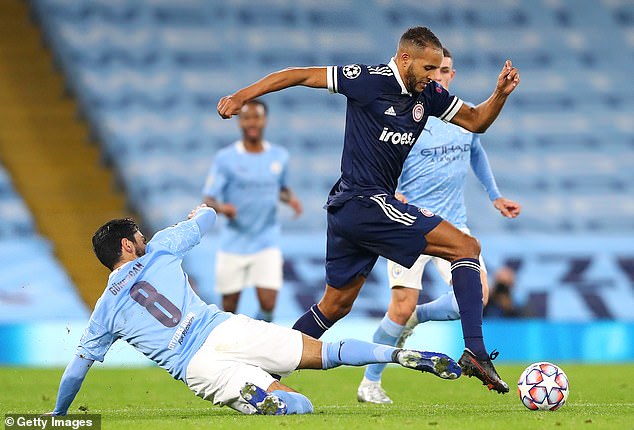 Early-season data shows City, currently struggling for anything resembling their goal threat of two years ago, have pressed for possession fractionally higher up the pitch than Liverpool. But it’s not where, but how, you hunt the ball which counts.

Liverpool pursue it with greater intensity, which is saying something when you consider how relentless Guardiola’s demands have always been.

Thierry Henry always remembered him making the players sprint to their water bottles in training at Barcelona — and then sprint back again. Even a drinks break was high intensity. This regime ultimately wore down David Silva. Exhausted by Guardiola’s demands, he declined City’s pleas to give them another year.

Guardiola wore two Manchester City lapel badges when he talked on Friday, though he is yet to commit his future to the club beyond the end of this season. He seems more likely to stay than go, not least because there is no realistic ‘next challenge’ out there for him. 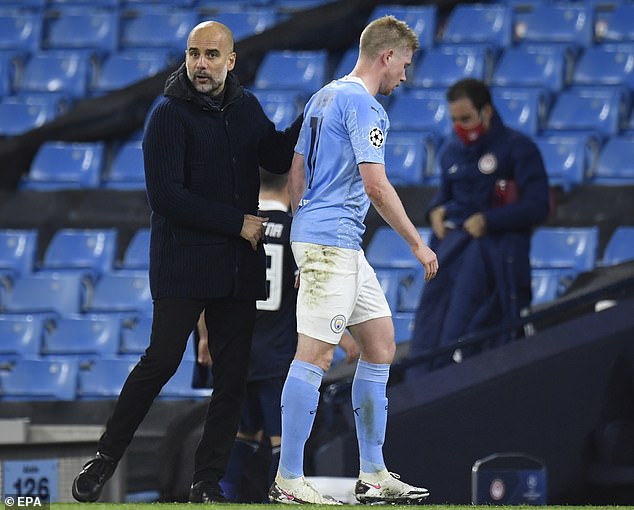 Some sources suggest he will reach a decision in January — by which time the picture will have become far clearer at Barcelona, whose own struggles could present him with a route home. That will certainly be a month of taking stock. Guardiola is 50 on January 18.

The road to Barcelona is strewn with obstacles. A return would require Joan Laporta, with whom he remains close, to win the presidential contest which the club hope to conclude by January. The lead candidate is Victor Font, who has promised to bring Xavi home to coach with Carles Puyol.

Guardiola would also be inheriting the wreckage of what he left: a club over-reliant on 18-year-old Ansu Fati, lacking precision in front of goal, unable to press and heading nowhere under Ronald Koeman — a man ‘in some lost station in the middle of nowhere, waiting for a train that never comes’, as one Spanish writer put it after an unconvincing midweek win over Dynamo Kiev.

It has been suggested that Lionel Messi would be a re-galvanizing presence for Guardiola at City, though there will be no attempt to move for him in January. And though his presence from next summer would be extraordinary on almost every level, he would not bring everything that Guardiola demands on the pitch. 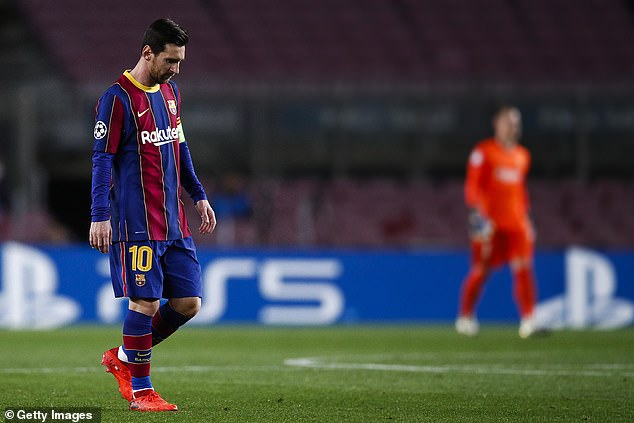 The shape of a world after Guardiola looks equally unclear for City. A possible successor, Mauricio Pochettino, was beaming on TV this week, looking sleek and appearing to send a love letter to English clubs.

‘The English identity is always ahead,’ he said. But he also stated plainly on Sky Sports’ Monday Night Football that he would want to bring his own philosophy to a club. City want a manager who fits the one that their Catalan executives have already embedded. Pochettino is a far better fit for Manchester United.

There are positives to take. Ferran Torres’ rapid assimilation as an emergency striker in the absence of Sergio Aguero and Gabriel Jesus demonstrates Guardiola’s capacity to bring talent out of players.

There is also early evidence that Ruben Dias will finally bring the defensive stability City have been missing, in tandem with Aymeric Laporte. Suddenly City have defensive personnel that Liverpool, shorn of Virgil van Dijk and looking for a way to maintain their high-risk football without him, painfully lack. 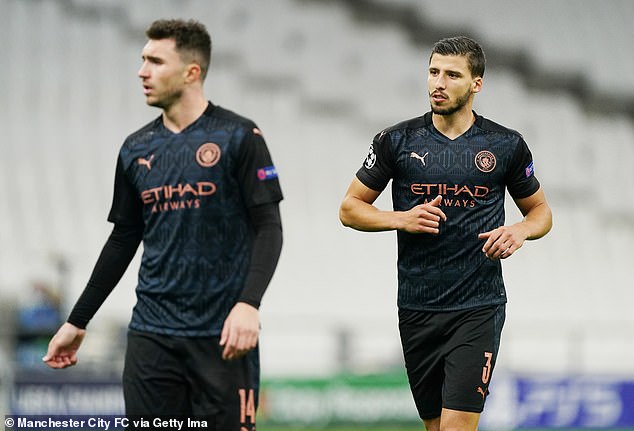 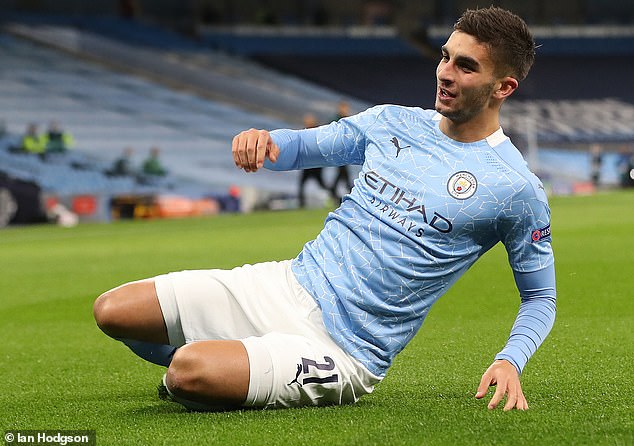 City have also been preparing for a life after Aguero, who was back out on the training ground on Wednesday. They looked at Inter Milan’s Lautaro Martinez, though walked away from a £75m asking price. This week, they won the pursuit of sought-after Partizan Belgrade’s 18-year-old forward Filip Stevanovic, who will arrive in January.

Guardiola knows the size of the challenge. The greatest managers British football has known — Ferguson, Paisley, Clough — have ripped up their most successful sides and rebuilt new ones and he will enter the pantheon if he can accomplish that too.

His only memorable line on Friday came in a warning not to rush to judgment, six games into a season. ‘It’s like presidential elections in America,’ he said. ‘All the votes must be counted.’

Joe Biden economic plan: What Biden would mean for the economy, your finances and another COVID-19 stimulus package