How plastic is polluting your body: Just how worried should we be? 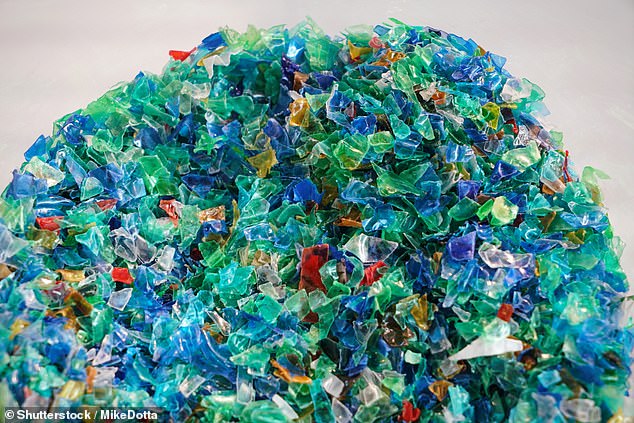 When we think of the devastating toll that plastic pollution can have, it is usually images of turtles caught in single-use bags or piles of plastic bottles in landfill that we conjure up — for most of us, it is an environmental problem.

But there is emerging evidence that plastic waste could become a health issue, too.

The problem lies with plastic as it breaks down into tiny particles — so-called microplastics, which are 5 mm in length (the size of a lentil), or less.

These tiny particles are everywhere: they are produced from the breakdown of bags and bottles, the wear and tear of the soles on our shoes as we walk, and the tyres on our cars as we drive.

The problem lies with plastic as it breaks down into tiny particles — so-called microplastics, which are 5 mm in length (the size of a lentil), or less

Even putting on a load of laundry generates hundreds of thousands of microplastic fibres (from fabrics such as nylon, acrylic and polyester).

What’s more, mask wearing may increase our exposure, says Alex McGoran, a microplastics researcher at Royal Holloway, University of London and the Natural History Museum. ‘Single-use face masks likely shed microplastic fibres into the air around us. But the benefit we gain from wearing them probably outweighs the cons of potential microfibre inhalation.’

These tiny particles are in our water, food and on surfaces we touch — and we are only just understanding their impact.

While our bodies are thought to clear some of the microplastics that build up inside us, according to a 2018 review by King’s College London, newer research suggests it’s possible for microplastics to pass from the airway or gut into the blood and to our organs. In theory, the plastic could then cause damaging inflammation or leach harmful chemicals.

In one of the latest studies, Italian scientists found microplastics in human placentas for the first time, which could affect foetal health and development.

The findings, published last month in the journal Environment International, led the researchers to suggest women are giving birth to ‘cyborg babies’ — and British experts now warn that while we don’t know the exact impact this plastic can have, the fact it makes it to the placenta is less than reassuring.

As Alex McGoran explains, microplastics are everywhere: ‘We hear about fish with plastic in them and the perception is that most of the microplastics we consume come from seafood.

In a 2018 animal study in the journal Environmental Science & Technology, Richard Thompson, a marine biologist at the University of Plymouth, who first coined the term microplastics in 2004, showed pieces of plastic can pass from the gut into the circulatory system

‘But we are surrounded by plastic. For instance, at home, you might be walking on an artificial carpet, closing curtains made from polyester and sitting on a chair with an artificial cushion — all of these shed fibres into the air which we can then breathe in.’

A 2018 study from Heriot-Watt and Plymouth universities calculated that the average Briton will swallow up to 68,415 pieces of microplastic a year from dust.

And our diets (microplastics have been detected in everything from beer to sea salt and honey) provide another 52,000 or so of these particles per year, according to the journal Environmental Science & Technology in 2019.

But what, if anything, could be the consequences of plastic particles building up in our bodies?

This cell death can be linked with potentially harmful inflammation. Research is ongoing to see if this happens in animals and humans.

Meanwhile, there are concerns that some microplastics are small enough to get into our bloodstream and organs.

A 2018 study analysed stool samples from eight people from Europe, Japan and Russia and found that plastics, including polypropylene (commonly used in food containers and packaging) and polyethylene terephthalate (a polyester used in clothing and food packaging), were present in human stools, showing that microplastics could get through the human gastrointestinal tract.

Plastic in the gut could affect the digestive system’s immune response or aid the transfer of chemicals and pathogens, the researchers said, adding that this may have implications for ‘patients with gastrointestinal diseases’.

In a 2018 animal study in the journal Environmental Science & Technology, Richard Thompson, a marine biologist at the University of Plymouth, who first coined the term microplastics in 2004, showed pieces of plastic can pass from the gut into the circulatory system.

He told Good Health: ‘If we have shown in scallops that small pieces can pass from the gut to the circulatory system, it’s likely that could occur with humans, too. But that doesn’t necessarily tell you it is harmful.’

In the recent Italian study, 12 plastic pieces were detected in four placentas that were donated after birth. Three of these pieces were recognised as polypropylene, while the other pieces appeared to be plastic particles from ‘man-made coatings, paints, adhesives, plasters and cosmetics’.

The women had healthy pregnancies but the authors said that, given the crucial role of the placenta, the ‘presence of plastic particles is of great concern’.

Try walking up four flights of stairs within a minute to test your heart health, suggests new research from University Hospital A Coruna in Spain.

When the researchers measured the exercise capacity of 165 patients with diagnosed or suspected heart disease, those who climbed 60 stairs (four flights) without stopping in less than one minute were less likely to have abnormal heart function than those who took longer.

No details were given of the babies’ health, but Charles Kingsland, a professor of reproductive medicine at Edge Hill University in Lancashire, says the microplastics could ‘poison the child’ or reduce its supply of oxygen, leading to some babies being stillborn or underweight.

‘We must be more aware of the potential damage we are doing, not only to the environment, but also to human health and the health of unborn babies,’ he says.

This isn’t the first time British experts have raised concerns over the impact of microplastics.

In a 2019 report, the Royal Society analysed studies from the past decade and set out three ways microplastics may affect animal — and so, human — health.

The first is in the gut. There are concerns microplastics could disrupt the microbiome, the community of bugs that help us digest food and regulate our immune systems. Microplastics could also potentially damage cells in the gut, ‘possibly increasing the risk of cancer’, it said.

The second is harm from chemicals that are used to make plastic. For instance, bisphenol A, which is found in the plastic linings of tin cans, can interfere with hormones and has been linked to ills in animals, including reduced fertility, problems with brain and bone development and cancer.

Finally, the Royal Society raised concerns that microplastics may be carrying other poisonous chemicals into the body.

This is because once in the water, they act as a magnet for insecticides and other potentially toxic substances and become coated in them. Harmful bacteria may also hitch a ride this way, the report warns.

Previous research has found bacteria that can cause wound infections and gastroenteritis living on the surface of microplastics.

However, a review carried out for the European Commission in 2019 cautioned that animal studies tend to use concentrations of microplastics that are much higher than those found in real life.

The Royal Society report said: ‘There is evidence demonstrating the presence of microplastics . . . in humans and the human diet.’ But it added that the ‘human digestive system is effective at eliminating microplastics, likely disposing of more than 90 per cent of ingested microplastics’, before concluding that there is ‘little evidence as yet that microplastics do harm to humans’.

So while no conclusive link can be made with the risk to human health yet, it makes sense to take steps to reduce plastic pollution.

For example, wearing reusable masks rather than single-use ones, drinking tap water rather than bottled water, and putting laundry in special bags that catch plastic fibres produced while washing. ‘And before you throw clothes away, think about whether you want to dispose of them just yet or make them last a little bit longer,’ says Alex McGoran.

‘Plastic pollution is everywhere,’ she adds. ‘While it’s too early to say whether it is harming human health, the damage to the environment can’t be denied.’

IRS extends tax deadline to June 15 for Texas because of winter storm, other states could also get relief

Occidental Petroleum remains in £790 million of loss in the fourth quarter. 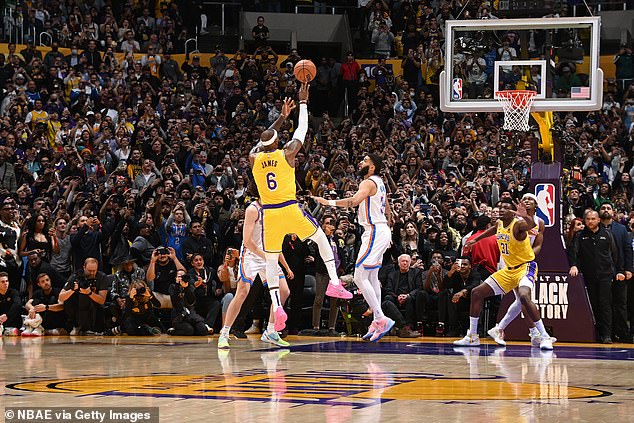 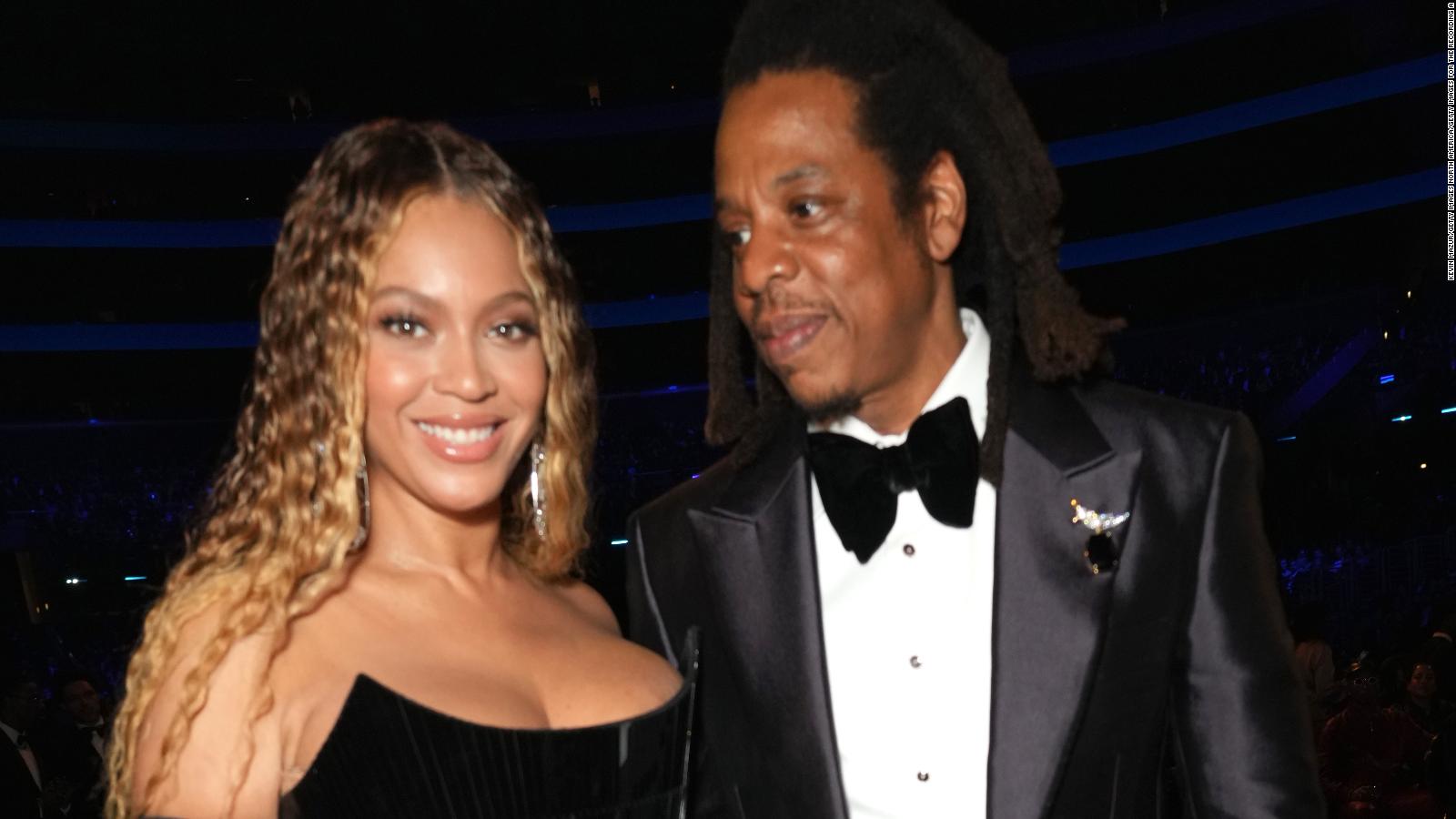 The Attorney General of the Republic (FGR) reported that as part of the investigation work to clarify the events that occurred on June 19, 2016 in Nochixtlan, Oaxacawhere...

Occidental Petroleum remains in £790 million of loss in the fourth quarter.