His incredible energy and sense of public duty saw Prince Philip through countless official engagements over the course of his 73-year marriage. Yet it is the unashamedly politically incorrect comments he made on such occasions which attracted most attention. Here is a selection of the most memorable…

To the President of Nigeria, wearing traditional robes, in 2003.

‘Do you still throw spears at each other?’ 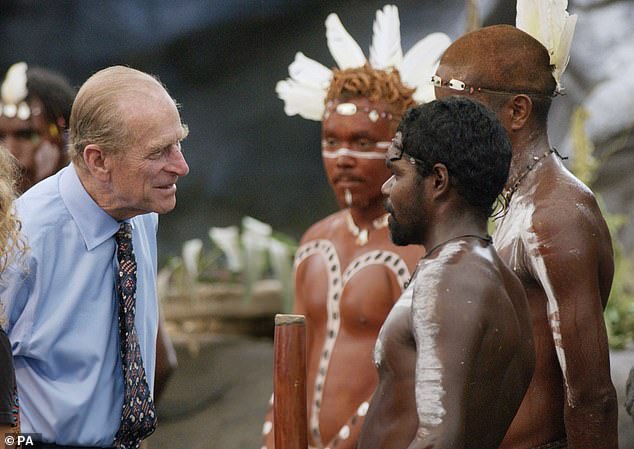 To Aboriginal leader William Brin in Queensland, 2002: ‘Do you still throw spears at each other?’

‘You managed not to get eaten then?’

To a British student trekking in Papua New Guinea, during an official visit in 1998.

‘Aren’t most of you descended from pirates?’

‘I’ll tell you a secret — we’re all Christians!’

To the Roman Catholic bishop of Malta in 2015. 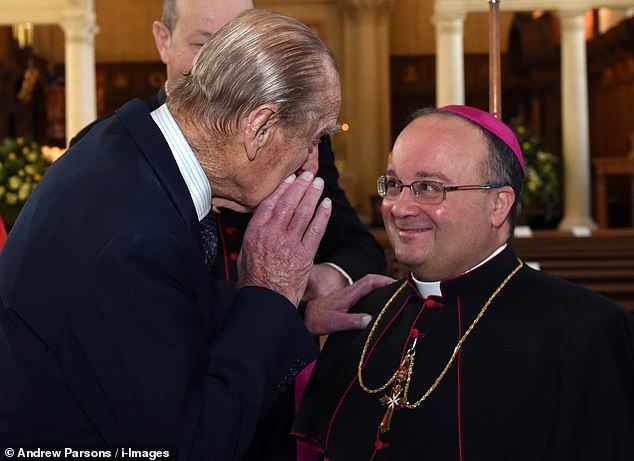 To the Roman Catholic bishop of Malta in 2015: ‘I’ll tell you a secret — we’re all Christians!’

‘I would like to go to Russia very much — although the bastards murdered half my family.’

In 1967, when asked if he would like to visit the Soviet Union.

‘You can’t have been here that long — you haven’t got a pot belly.’

To a British tourist during a tour of Budapest in 1993.

‘How do you keep the natives off the booze long enough to pass the test?’

To a Scottish driving instructor in 1995.

‘It looks as though it was put in by an Indian.’

His verdict on a messy-looking fuse box on a tour of a Scottish factory in 1999. He later explained: ‘I meant to say cowboys. I just got my cowboys and Indians mixed up.’

To a meeting of the World Wildlife Fund in 1986.

‘If you stay here much longer, you will go home with slitty eyes.’

‘There’s a lot of your family in tonight.’

After noticing business leader Atul Patel’s name badge during a reception for 400 influential British Indians in 2009.

‘The Philippines must be half empty — you’re all here running the NHS.’ 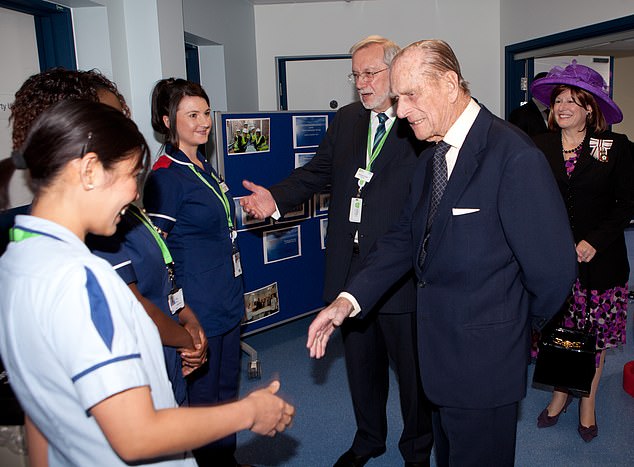 To a Filipino nurse in Luton in 2015: ‘The Philippines must be half empty — you’re all here running the NHS’

‘Are you all one family?’

To the Scottish Women’s Institute in 1961.

‘Ah, so this is feminist corner then.’

‘If it doesn’t fart or eat hay, she isn’t interested.’

‘When a man opens the car door for his wife, it’s either a new car or a new wife.’

‘I would get arrested if I unzipped that dress!’

After spotting 25-year-old Hannah Jackson’s red dress in Bromley in 2012. 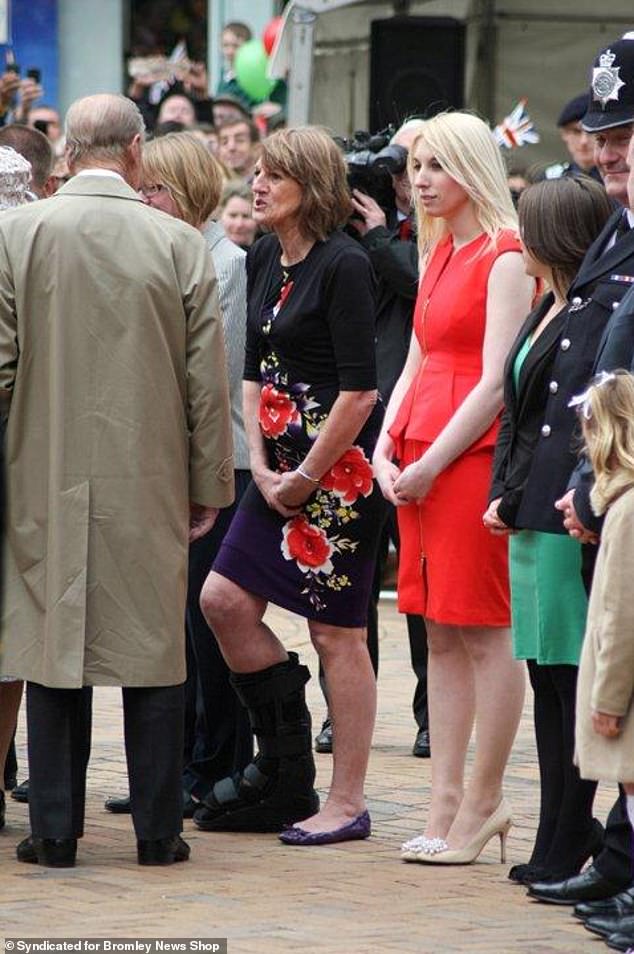 After spotting 25-year-old Hannah Jackson’s red dress in Bromley in 2012: ‘I would get arrested if I unzipped that dress!’

‘What do you gargle with — pebbles?’

To Tom Jones, after the Royal Variety Performance, 1969.

‘Oh, it’s you that owns that ghastly car is it? We often see it when driving to Windsor Castle.’

To neighbour Elton John after hearing he had sold his Watford FC-themed Aston Martin in 2001.

‘I wish he’d turn the microphone off!’

During Elton’s performance at the Royal Variety Show, 2001.

ON FOOD AND DRINK

On being offered fine Italian wines in Rome in 2000.

‘Don’t feed your rabbits pawpaw fruit — it acts as a contraceptive. Then again, it might not work on rabbits.’

To a Caribbean rabbit breeder in Anguilla in 1994.

‘You’re too fat to be an astronaut.’ 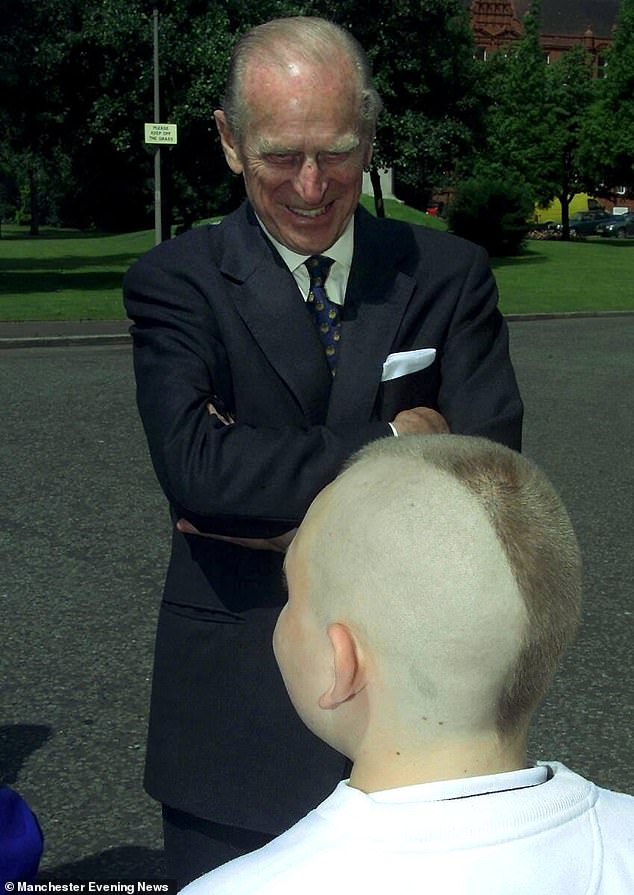 To 13-year-old Andrew Adams who wanted to go into space: ‘You’re too fat to be an astronaut.’

ON CLASS AND MONEY

‘People think there’s a rigid class system here, but dukes have been known to marry chorus girls. Some have even married Americans.’

Speaking in 2000 — 18 years before his grandson Harry married Meghan Markle.

‘If you travel as much as we do you appreciate the improvements in aircraft design of less noise and more comfort – provided you don’t travel in something called economy class, which sounds ghastly.’

To the Aircraft Research Association in 2002.

‘Everybody was saying we must have more leisure. Now they are complaining they’re unemployed.’

We go into the red next year … I shall have to give up polo.

‘It looks like the kind of thing my daughter would bring back from her school art lessons.’

On an exhibition of ‘primitive’ Ethiopian art in 1965.

At an event to mark the 75th anniversary of the Battle of Britain. 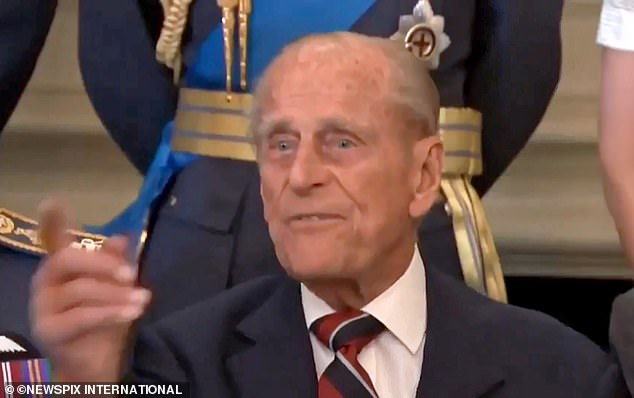 At an event to mark the 75th anniversary of the Battle of Britain: ‘Just take the f***ing picture!’

‘You have mosquitoes. I have the Press.’

To the matron of a hospital in the Caribbean.

Tracey Emin, 57, reveals her bladder cancer has ‘gone’ after series of major surgeries

Tracey Emin, 57, reveals her bladder cancer has 'gone' after series of major surgeries