How ‘rules of forfeiture’ stop criminals benefiting from a life policy 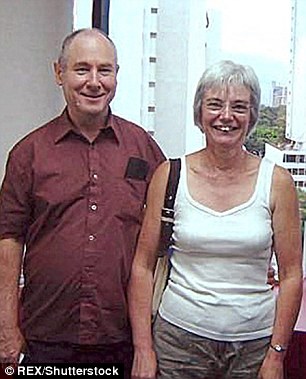 Rumbled: John and Anne Darwin were pictured in Panama

When it comes to life insurance claims, murder is rarely a factor. It only becomes an issue if the deceased was murdered by someone who would benefit from the policy.

When this happens the ‘rules of forfeiture’ apply, which essentially mean an individual cannot benefit financially from his or her own criminal act.

Whether or not the sum assured can be paid to someone else instead depends on how the policy has been set up.

In terms of ‘suspicious’ claims, a more likely scenario for a delay in payment is where the life assured has not died at all and all the evidence in support of the claim is fake.

These cases are normally moved forward by expert investigators whose aim is to either uncover fraud or prove the claim to be genuine.

In 2002, former prison officer and teacher John Darwin was presumed dead as a result of a canoeing accident, leading to the payment of a life insurance claim to his wife Anne.

But the couple were rumbled when a photo taken of them in Panama in 2006 was found on the internet.

The pair were imprisoned for obtaining insurance money illegally.

In recent years the insurance industry has attempted to speed up the payment of life policy claims where there is proof of death and the death certificate reveals no unusual circumstances.

Sometimes a part payment will be made before probate is granted.