How Saint Maud film taps into the horror of loneliness 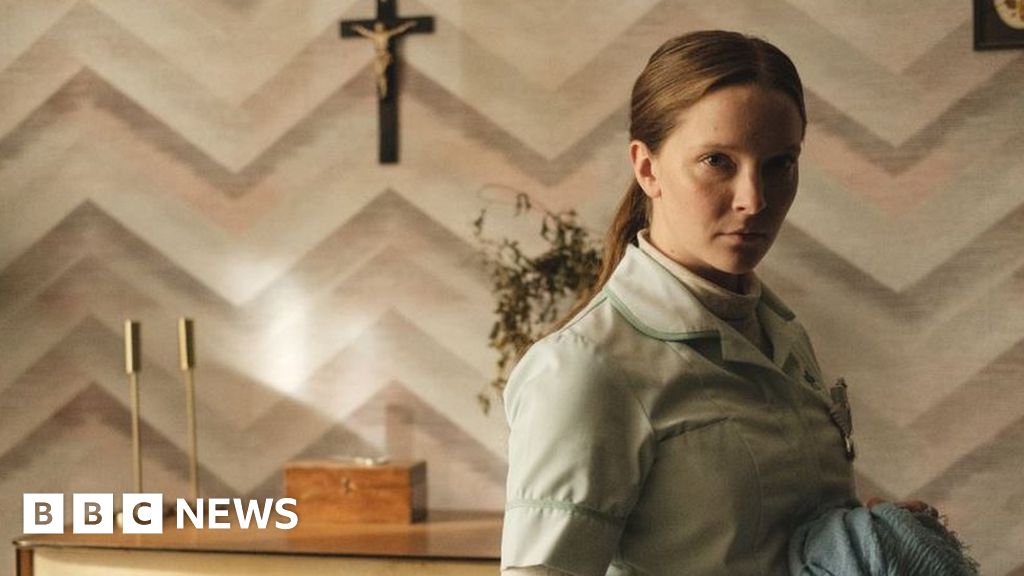 Welsh actress Morfydd Clark has shared her concern for the well-being of health workers during the Covid-19 pandemic, saying “the circumstances mean that you can’t do enough, while being called a hero, that’s very tough”.

The actress, who is currently filming the Amazon TV series of Lord of the Rings in New Zealand, stars in the British horror film Saint Maud, about a young palliative care nurse who has suffered mental health problems and believes she hears the voice of God.

Clark, who was born in Sweden but raised in Cardiff, says she has several relatives who work in care professions, and sought their advice before filming the part.

“I spoke to my Mum, and my cousins a lot to figure out where Maud’s coming from. Maud used to work for a hospital, and now she’s in the private sector and the audience has the hint that in the past something awful has happened at work with her, which has tipped her over the edge.

“I was talking to my Mum about that, and she told me that you can deal with all things, if you have the reserves for it.

“But if you constantly can’t get to someone to change their bed in time, or to make sure they’re not dehydrated, or to comfort someone, you feel part of their humiliation. That really hit home with me.

“Maud has gone into a career where she looks after people and she feels she’s constantly failing. That guilt is huge – and when God comes to her and says he forgives her, that’s heaven to her.

“The pandemic’s been really tough for everyone in this field…. [like them] Maud’s just a person who wants to get things right.”

Despite Cineworld announcing the temporary closure of all its cinemas in the UK, Saint Maud will be released in cinemas this Friday – and the film has received critical acclaim since it first premiered at the Toronto International Film Festival in 2019.

The Daily Mirror called its debut full-length feature film writer and director, Rose Glass, “the new mistress of horror”, while Esquire magazine said of the movie, “forget Tenet – British horror Saint Maud is the film that should tempt you back into cinemas”.

Glass describes the positive reviews as “heartening – as I take it that means they get Maud as a character; she’s a bit of a weirdo”.

“I’ve always been interested in psychology and its crossover with religion – what leads people to do violent things. The kind of films I’m interested in aren’t always pure horror, but they tap into the macabre, messed up side of life.”

Maud’s job involves giving palliative care to Amanda (played by Pride and Prejudice’s Jennifer Ehle), a terminally ill woman who has had a successful artistic career.

Glass explains that originally Maud was going to be a novice nun, “but I felt that was too clichéd, and I started to think of what the modern equivalent of a saint might be, and that was a care-giver.

“It was also originally going to be just Maud hearing the voice of God, but then I got more curious about her relationship with Amanda. I didn’t consciously choose for them to be two women, but a lot of the films I like do involve two people losing their minds in a confined space.”

The director also wonders whether, after lockdown, “more people can see Maud moping around in her bedsit and empathise with the angst and weirdness of it”.

Clark, who has enjoyed success in theatre as well as films including Armando Iannucci’s The Personal History of David Copperfield, worries there could be many lonely and isolated young people, who like Maud, are unseen.

“I feel that for me there have been lots of opportunities where maybe someone would not have forgiven me, or I could have behaved worse, or just not replied to something, or even ended up in a different city, and my life would not have turned out this way. That was me being lucky enough to have security around me and meet lovely people.

“With all of us, there are lots of parallel lives and we are much more similar to Maud than we might expect. For me, I feel mine’s very close, and the horror of the film for me was definitely her loneliness and how real that is. The hyper-connection of this world makes it even more painful for her.”

Saint Maud is tipped for the 2021 Bafta nominations, and Clark hopes the move towards greater diversity will be reflected in the film industry.

“The more we make film-making accessible to everyone, the more interesting stories we get to tell. I really feel that with something like Armando’s colour-inclusive version of David Copperfield, that’s how period pieces should always be cast now.

“I feel very lucky to come along now, because a lot of people have been doing a lot of battling for someone like me to find life rather nice.”

Saint Maud is released in UK Cinemas on 9 October 2020.