The FBI was tricked into helping Dubai’s leader Sheikh Mohammed bin Rashid al-Maktoum find his runaway daughter Princess Latifa after being told by the Dubai government that she had been kidnapped and they needed American help to find her, a new investigation claims.

Latifa was found aboard the yacht Nostromo off the coast of Goa, India, in March 2018 after a failed attempt to escape her father and his kingdom. She begged to be shot when Indian Commandos stormed the boat and seized her, yelling: ‘Shoot me here, don’t send me home!’

She had been helped by Hervé Jaubert, a former French naval captain and spy who had helped her escape from Dubai to Oman. It was previously revealed that the Indian authorities found the Nostromo by pinpointing the internet usage on Jaubert’s phone.

The yacht’s internet provider was Rhode Island-based company named KVH Industries. They have not commented on the claims.

But on Wednesday, USA Today reported that it was the FBI that actually found the yacht, and gave the information to Dubai after being misled into thinking that Latifa had been kidnapped.

That is the story Sheikh Mohammed stands by – that he rescued her. Latifa has claimed in videos since she was taken back to the UAE that she was recaptured by her father and remains a prisoner.

USA Today’s investigation cites unnamed sources who say FBI agents were tricked into thinking she had been taken against her will.

‘The FBI truly believed this was a kidnapping case and the U.S. was saving the day,’ one unnamed source said. 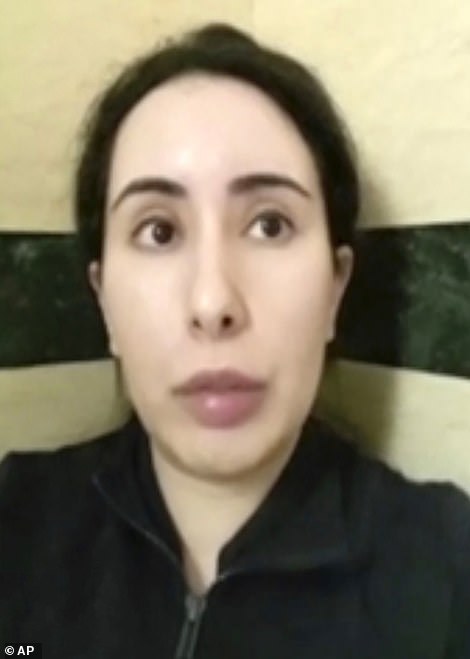 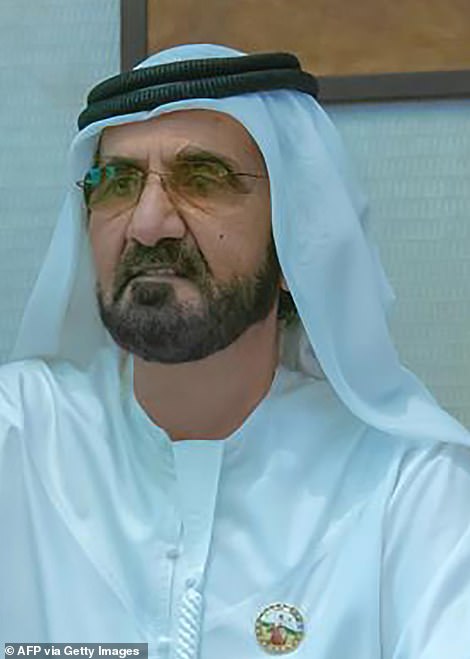 Princess Latifa bint Mohammed al-Maktoum tried to escape Dubai in 2018 but was found less than two weeks later on a yacht in the Indian Ocean and was taken back to her father, Sheikh Mohammed bin Rashid al-Maktoum. USA Today reports that it was the FBI that led him to her by giving the Dubai government the yacht’s location which they obtained via its American internet provider 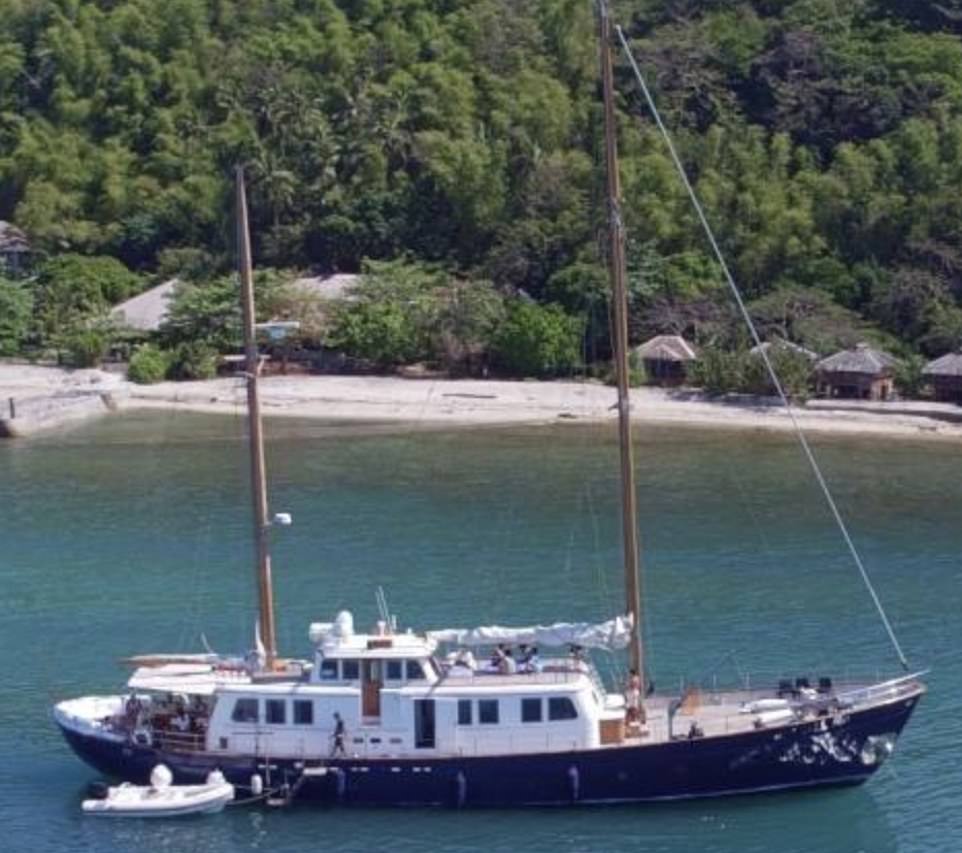 Latifa was found aboard the yacht Nostromo, sailing in the Indian Ocean, in 2018, after eight days at sea. The yacht is pictured 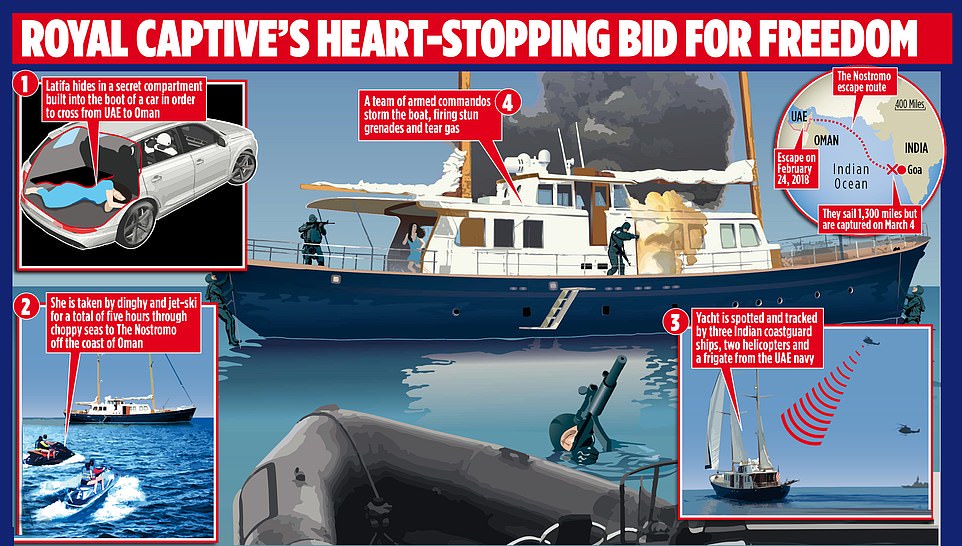 Pictured: For the first time, Hervé Jaubert’s daring escape plan from the seas around the United Arab Emirates

The sources also say the agents circumvented procedure and didn’t provide a subpoena for the internet data, as they should have.

Instead, they asked the internet provider to hand it over as part of a ‘dynamic, emergency situation involving a hostage who was the daughter of the leader of a close U.S. ally in the Middle East’.

Latifa had hoped to file for asylum in the US. She had the help of Jaubert and Finnish fitness instructor, Tiina Jauhiainen. Together they hatched a plan which involved her beign driven in a hidden compartment of a car, out of Dubai to Oman, then being taken via jet ski and speedboat to the Nostromo.

She boarded the Nostromo on February 24, 2018, in international waters off the coast of Muscat.

They sailed for eight days, southward on the Arabian Sea. Jaubert had told them not to use any form of internet but Latifa checked her email several times.

In Dubai, her father was trying to find her. His office contacted an FBI agent stationed in Dubai and asked for help, claiming she had been taken hostage, USA Today reports.

The agent was specifically asked to check with US internet providers when her email accounts were last access. The agent consulted with their boss, who is stationed at the US Embassy in Abu Dhabi, according to the report. 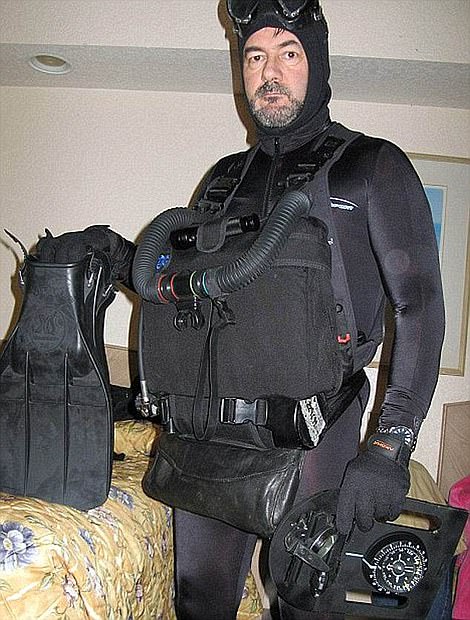 They then contacted the unnamed internet provider which Nostromo uses and asked for information.

At first, the company told the agent that they’d need a subpoena but it handed it over when the agent responded saying it was an urgent situation regarding an international hostage rescue.

‘Latifa’s fatal mistake was she checked her email. That was the breakthrough.

‘It was cross-checked with other information and databases in the area, and the Emiratis were able to figure out precisely which boat she was on, and where that boat was located,’ another source said.

The FBI declined to comment  but USA Today to keep the agents’ identities confidential.

Before she escaped, she filmed an insurance video that was to be published in the event that her effort failed.

‘Pretty soon I’m going to be leaving somehow and I am not so sure of the outcome, but I’m 99% positive it will work.

‘And if you are watching this video, it’s not such a good thing. Either I’m dead, or I’m in a very, very, very bad situation,’ Princess Latifa she says.

It was published 15 days after boarding the Nostromo.

Some skeptics have expressed doubt over how the sources said it happened, adding Dubai has enough resources of its own to find the princess without America’s help.

‘It doesn’t sound right. This is not how it should happen,’ one said.

Tom Fuentes, a former FBI assistant director, said the request from Dubai for help would have triggered more senior conservations than those described.

President of Haiti Jovenel Moise, 53, is assassinated by 'gunmen claiming to be DEA agents'

Woman who won UK’s biggest divorce payout is taking her son to court, claims he is hiding assets

PIERS MORGAN: How can Meghan Markle preach about father-child relationships?