Frankie’s terrifying last moments: How young man who met a woman on Tinder was stabbed to death in her bedroom on their first date by enraged ex after he snuck into her house

The terrifying final moments of a young man have emerged after he died from nearly 40 stab wounds inflicted by his Tinder date’s jealous ex.

Canberra man Frankie Victor Prineas, 27, was on a first date with a woman he had met online and had gone back to her house to watch Netflix when he was set upon.

Jayscen Anthony Newby, 27, who the woman had dated, was boozed up from a day of drinking when he caught a taxi to the woman’s Charnwood house in the city’s north just after 1am on January 11 last year and let himself inside. 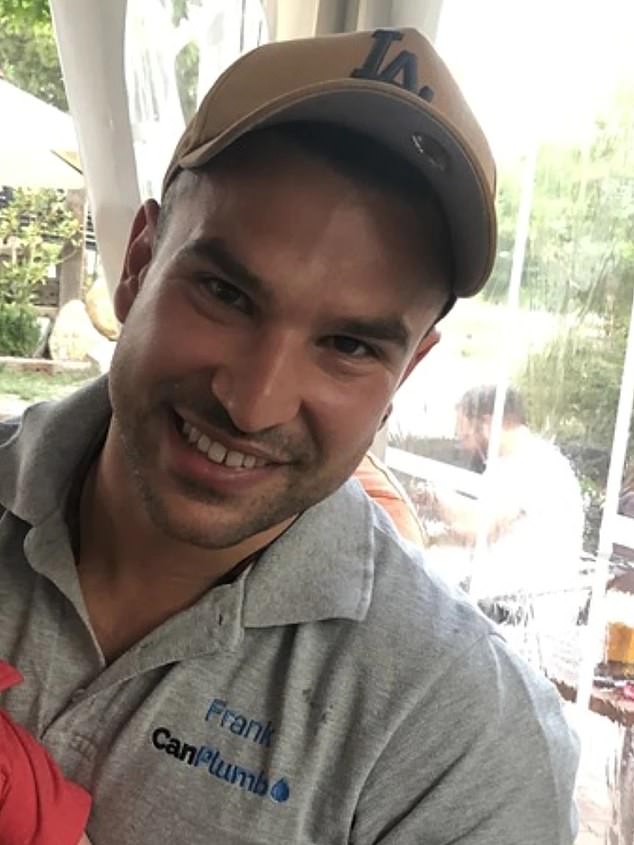 Frankie Victor Prineas (pictured), 27, was on a date with a women when he was attacked by her jealous ex who surprised them after sneaking into her house 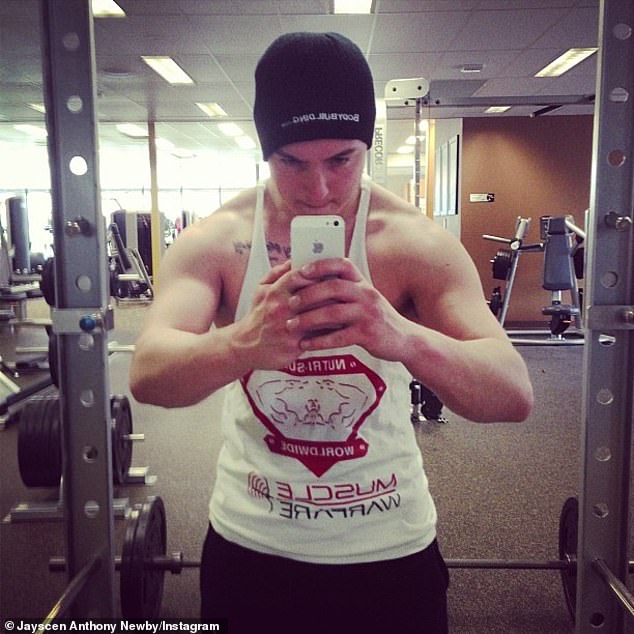 Jayscen Anthony Newby (pictured), then 26, was boozed up from a day of drinking when he caught a taxi to the woman’s Charnwood house in Canberra’s north just after 1am on January 11 of last year

The court heard after hearing noises from the bedroom, he grabbed a 25cm knife from the kitchen, made his way to the room, opened the door and turned on the light.

‘The offender was angry and was holding the knife,’ according to a statement of facts read to the court, the ABC reported.

He then began to attack Mr Prineas, who was naked, as the woman screamed for him to stop.

An autopsy later revealed he had suffered 37 stab wounds to his head, neck, chest, arms and leg.

‘The offender stopped the attack, dropped the knife on the bedroom floor and left the room … He had not said anything during the incident,’ the court heard.

An injured and bleeding Mr Prineas remained conscious long enough to tell the woman he could not breathe. 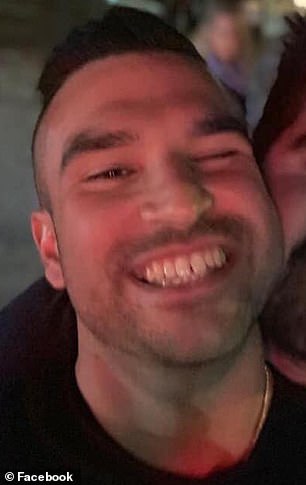 An ambulance arrived and rushed him to Canberra Hospital where he died about an hour after the attack.

Newby drove to his mother’s house that night and confessed to her.

The next day he also confessed to two friends before handing himself into a Canberra police station that afternoon where he was charged with murder.

He pleaded guilty in January.

The police investigation found after they split up he had become increasingly obsessed with the woman, who had been talking to Mr Prineas online for months before that night, The Daily Telegraph reported.

Speaking in court on Friday, Mr Prineas’ mother, Phillipena, said she ‘aches’ for her son who was a popular and caring person – with his Canberra funeral attended by hundreds.

Outside court his father, Victor, said he wanted Newby’s sentence to serve as a deterrent so others are spared from the pain he has gone through.

‘His last hours will haunt us forever. Completely caught by surprise, imagine for a moment the terror and pain that he went through,’ he said.

He said he did not want sympathy but rather justice for his son.

Newby will be sentenced on June 2.

Europe’s economy slid back into recession as US roared ahead