Huge fire breaks out at Booderee National Park in Jervis Bay, NSW as beaches are evacuated

A huge bushfire has broken out near a popular holiday destination on New South Wales‘s South Coast as air tankers desperately try to extinguish the blaze.

Huge plumes of smoke were seen coming from the Booderee National Park in Jervis Bay on Tuesday afternoon.

NSW RFS have issued a Watch and Act alert for residents near the bushfire as authorities back burn the area to slow the spread of the blaze.

The national park has been closed to visitors while those at Caves Beach were evacuated. 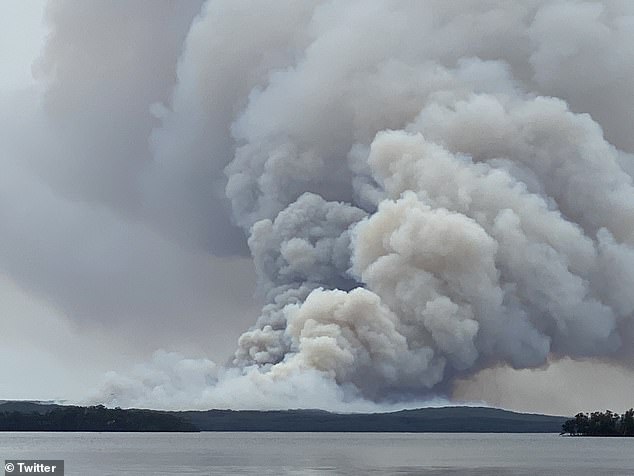 Huge plumes of smoke were seen coming from the Booderee National Park in Jervis Bay, NSW, on Tuesday afternoon 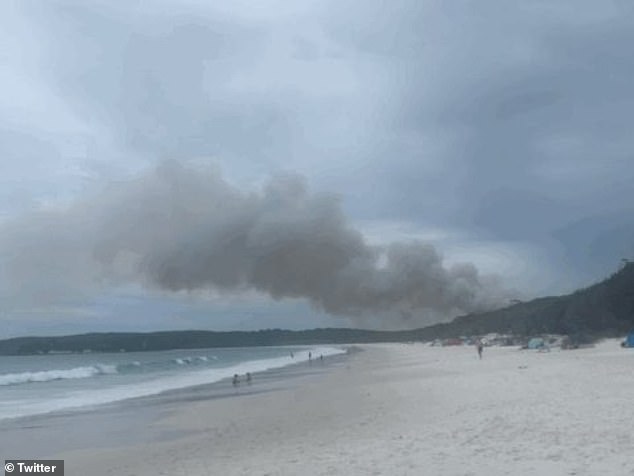 The fire is south-west of the Jervis Bay Airport and there is currently no direct threat to any homes.

More than 30 RFS crew are battling the blaze with the RFS urging residents to stay up to date with the latest advice.

‘Residents in the area, particularly near Wreck Bay Village should monitor conditions, follow their bush fire survival plan, and follow the advice of firefighters in the area,’ an RFS update read.

The fire comes after the state experienced a huge heat wave with Jervis Bay reaching up to 32C on Tuesday.

People on social media shared terrifying photos of smoke billowing out from the Booderee National Park with some saying it was a reminder of the horror fires that burned this time last year.

‘Looking towards Booderee National Park at Jervis Bay. Bringing back memories from last summer. Hopefully the fire is able to be contained, hats off to the good people at RFS,’ one tweeted

The 2019-2020 bushfire season was one of the worst in Australian history, burning across an estimated 18.6 million hectares of land and destroying almost 6,000 buildings, including up to 3,000 homes. 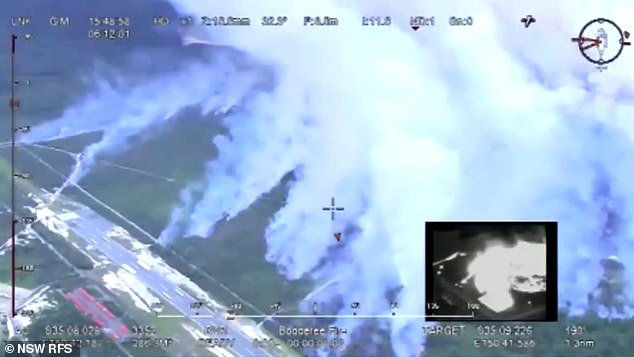 Things you must adhere to when using the Internet at home