No international flights have arrived in South Australia for three days after a worrying surge in cases in hotel quarantine, Premier Steve Marshall has announced.

The state’s health officials have revealed there’s just 12 rooms available for those testing positive to Covid-19 in hotel quarantine and overseas flights were halted on Sunday.

Mr Marshall said he had asked Prime Minister Scott Morrison to put a ‘pause’ on flights due to the worrying rise in cases in India, as well as infections in his states’ hotel quarantine program.

Chief Health Officer Nicola Spurrier said the flights scheduled to land in SA since Sunday had been diverted to other states.

It comes as South Australia recorded 14 new coronavirus cases on Monday, all in returning overseas travellers. 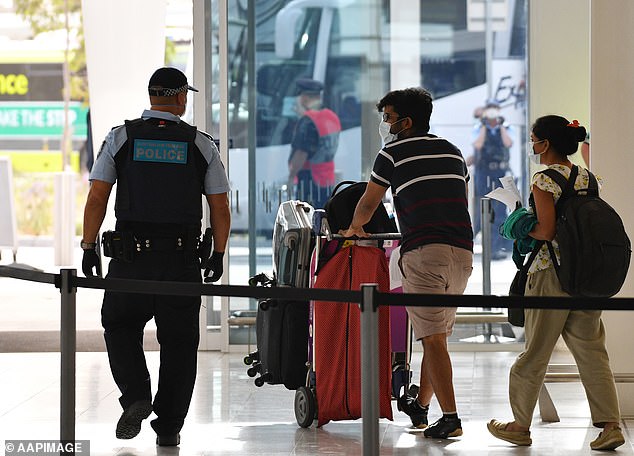 No international flights will arrive in South Australia for three days after a worrying surge in cases in hotel quarantine, its premier Steve Marshall has announced (pictured Adelaide Airport)

‘Obviously, if you keep on getting 14 cases a day you’re not going to be able to manage that, but we’ve been given a reprieve with flights.

‘It gives us a chance for some people in Tom’s Court (Hotel) to be discharged and takes a little bit of pressure off us for that period of time.’

She said the quarantine facility had ensured guests were placed at opposite ends of the hotel so there was no risk of transmission.

But due to more returning travellers needing to isolate, the guests have been placed in rooms closer together.

‘That reduces the viral load that can concentrate the passageway but if we had to increase our capacity then we have to shift our guests around which is what we did on Friday.

‘We don’t have people squished and about to burst at the seams.’

Professor Spurrier also noted the nurses at the hotel were ‘comfortable’ with the current capacity and said there were some patients who would be discharged in the following days.

Mr Marshall said the three-day pause on flights may be extended depending on health advice and the situation in India.

‘It is a very worrying situation,’ he said.

‘That’s why we’ve got to respond with the restrictions and precautions we’re putting in place in South Australia.’ 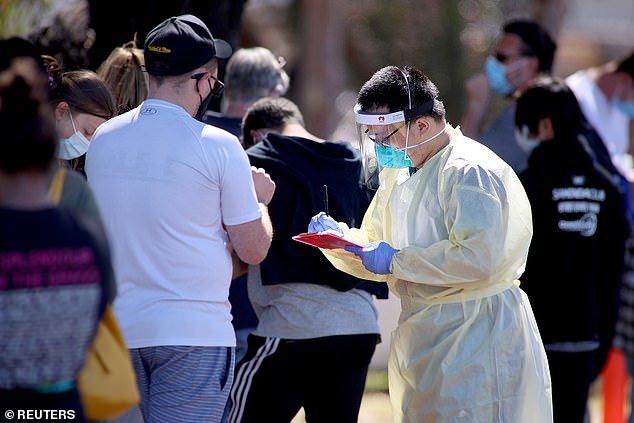 It was also announced on Tuesday that Australia would shut its borders to India until May 15 – meaning 9,000 Australians – including our top cricket players – have been left stranded.

He said eight planned chartered flights to the Northern Territory will be moved until after mid-May – but commercial flights may remain banned beyond then.

The ban came after India suffered 2,812 Covid deaths and 352,991 cases on Monday- breaking the world record for daily cases for the fifth day in a row.

The Prime Minister has been under pressure from the premiers of Western Australia and Queensland to halt all flights to protect the hotel quarantine system, which faltered last week prompting a three-day lockdown of Perth over the weekend.

Australia will ship a million surgical masks, 500 ventilators as well as hundreds of thousands of pieces of protective equipment including face shields to India to help them battle the health crisis. 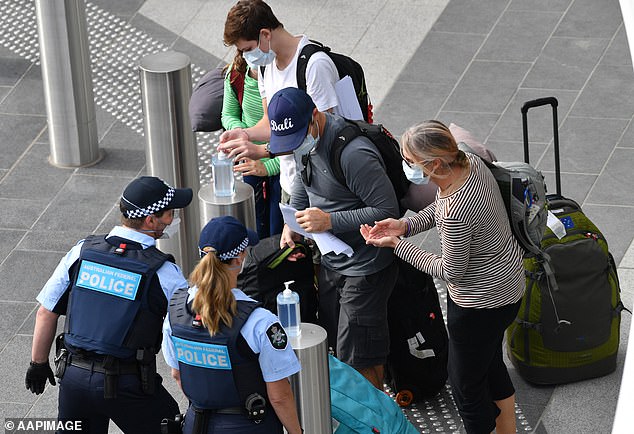 PAUL THOMAS on… a loophole