A video shows dozens of people surrounding a squad car, taking videos with their phones and playing a recorded message on a loop: ‘Turn in your resignation. You are not needed here or anywhere.’

Officers remained calm despite the antagonistic actions, which led to a peaceful resolution by the end of the night.

The NYPD told DailyMail.com that there were no arrests or major incidents, as of 2am Saturday, a stark difference to the previous weeks of bloody assaults and fight club-style boxing matches. 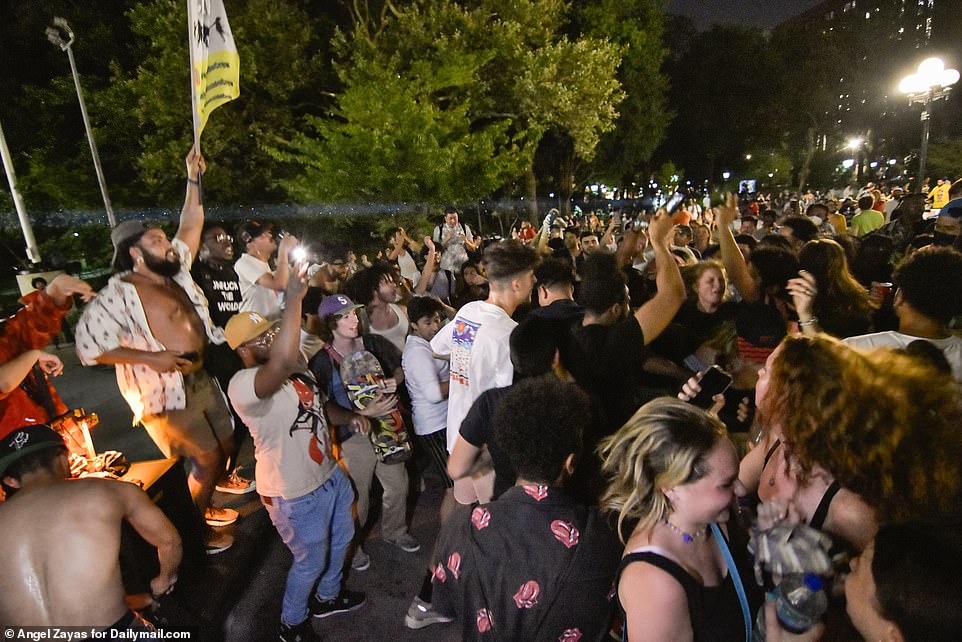 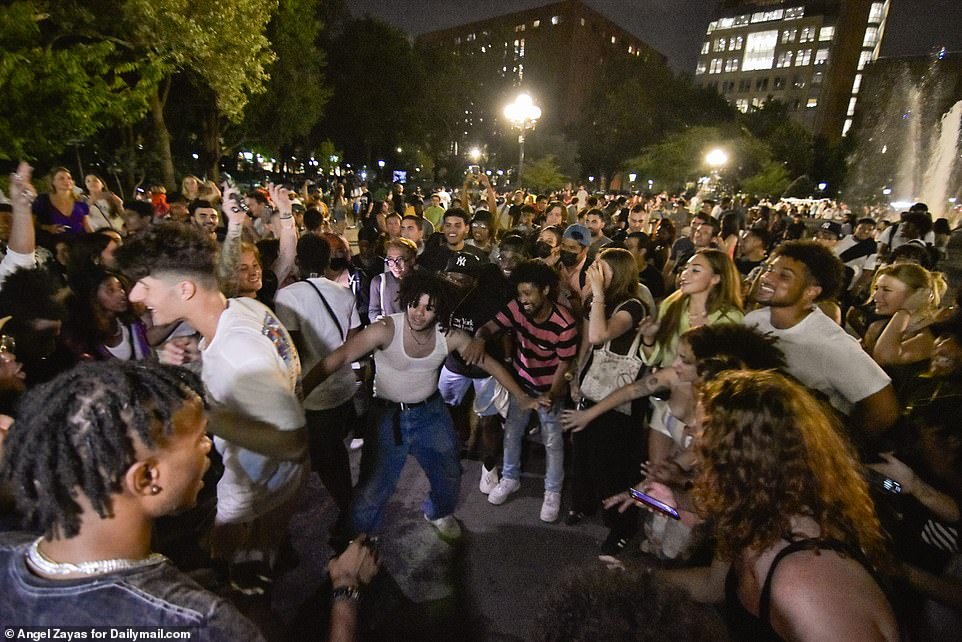 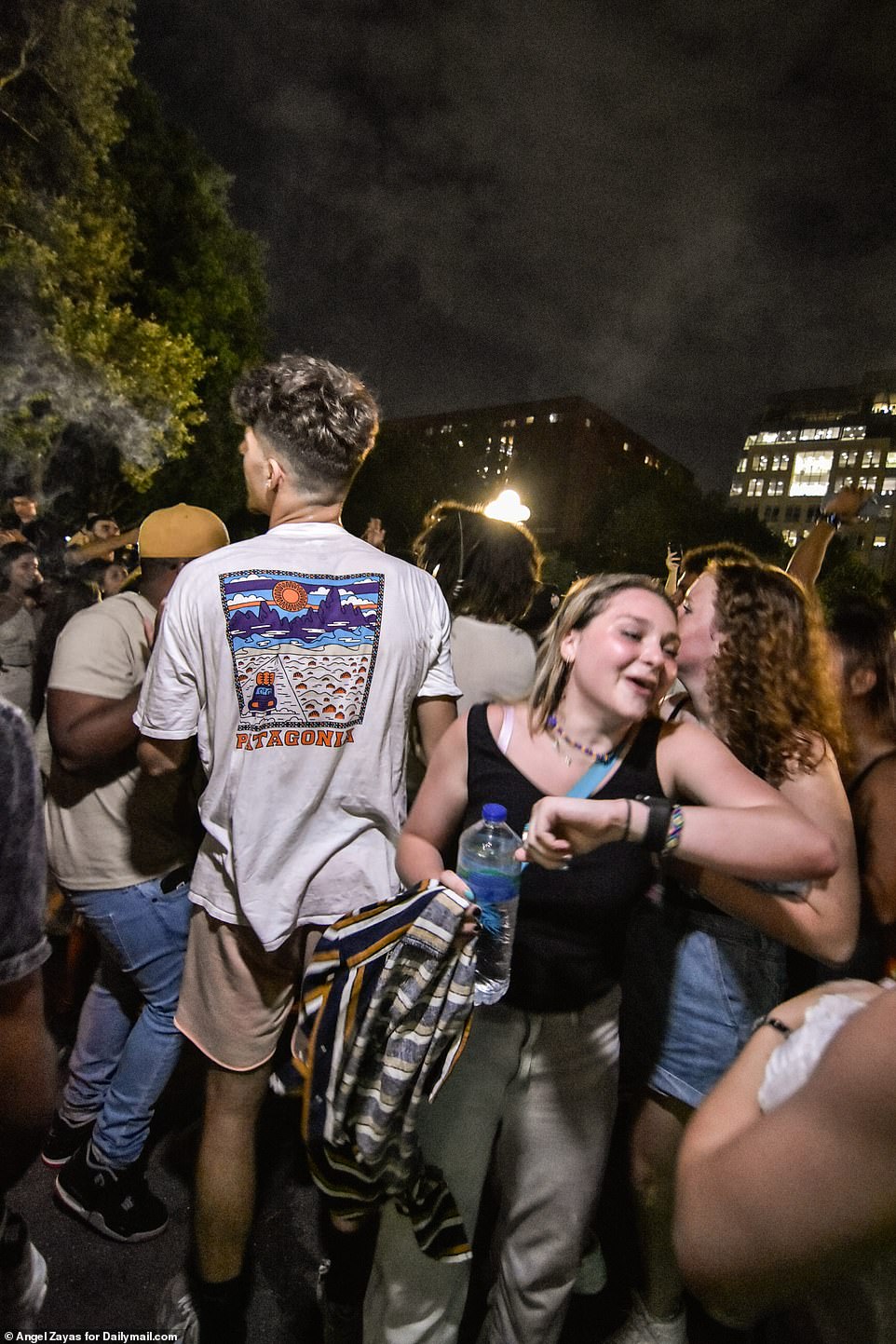 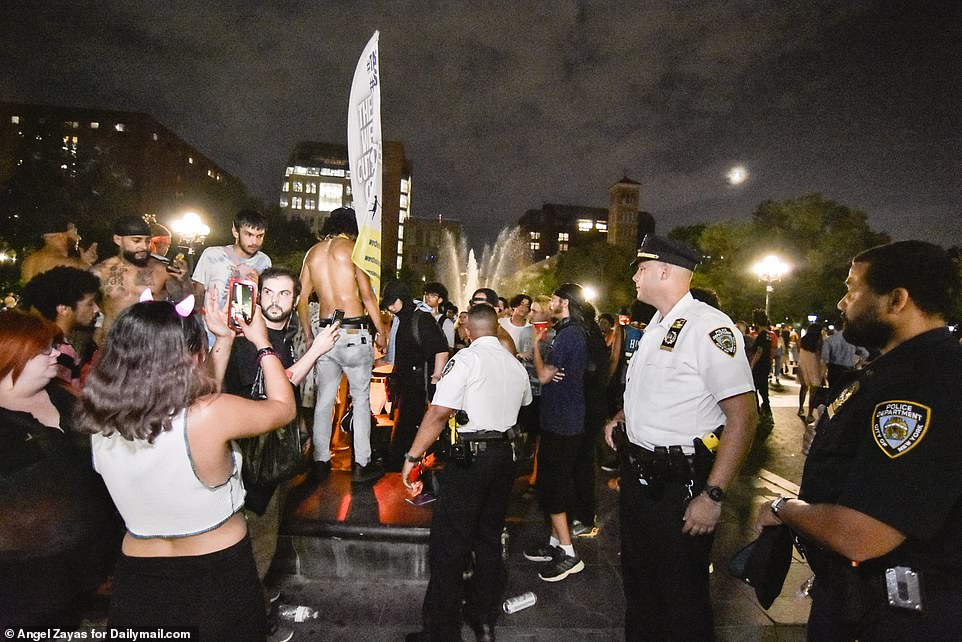 Cops and partygoers had a dust up at the end of the night, but nothing major. Most of the night from July 16 to early morning July 17 was calm 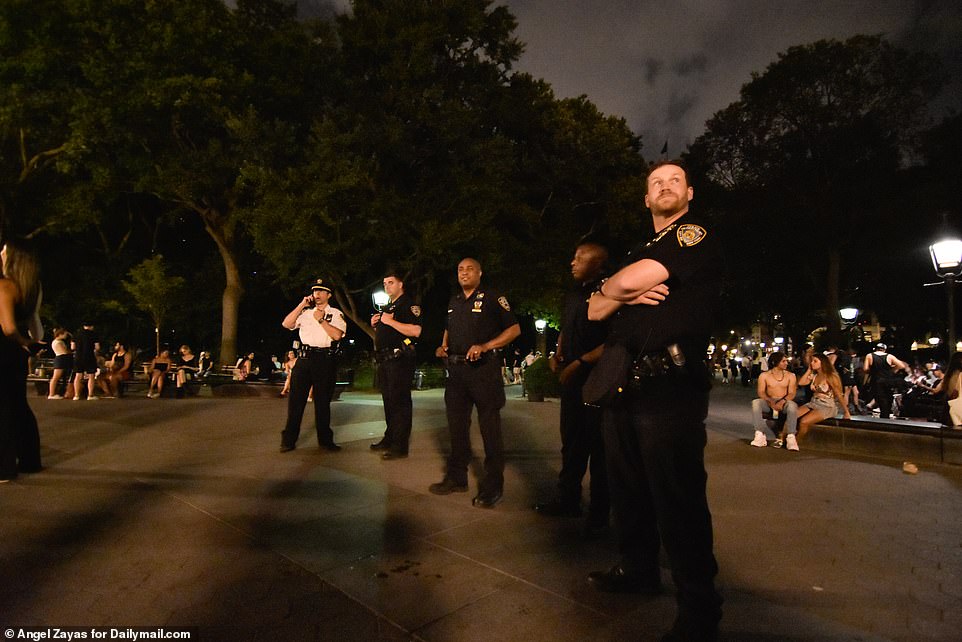 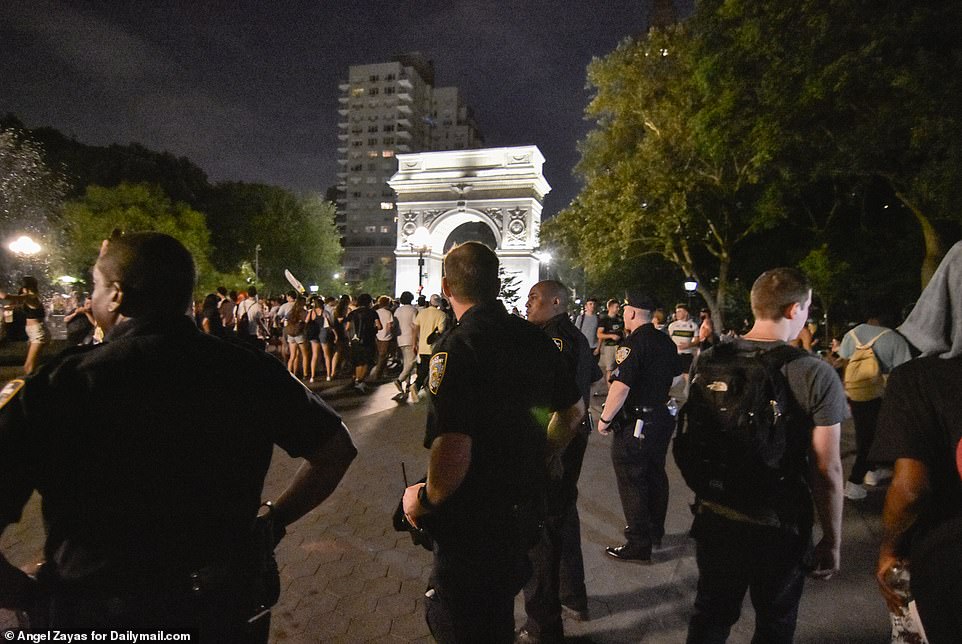 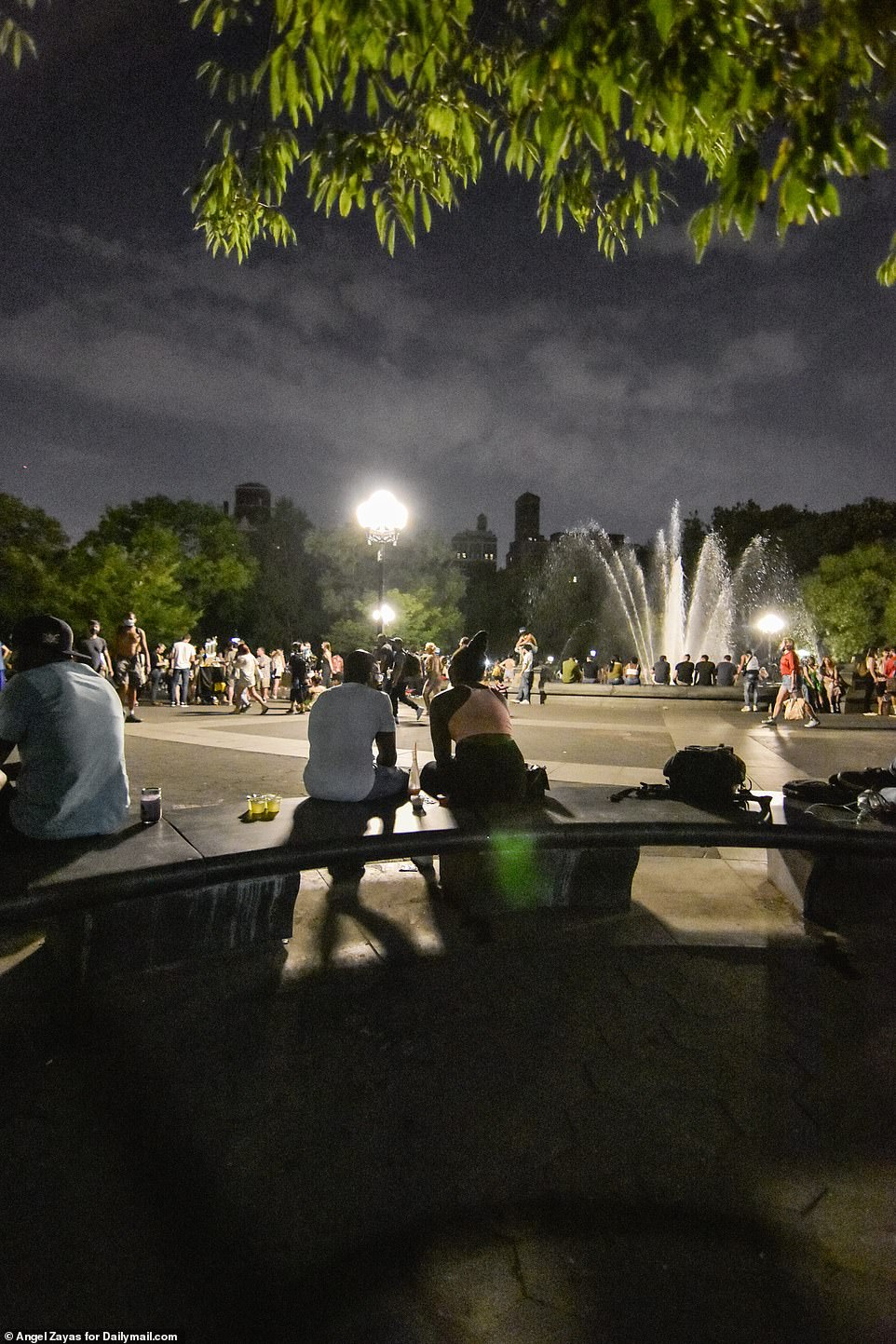 Cops and partygoers had a dust up at the end of the night on July 16-July 17, but nothing major 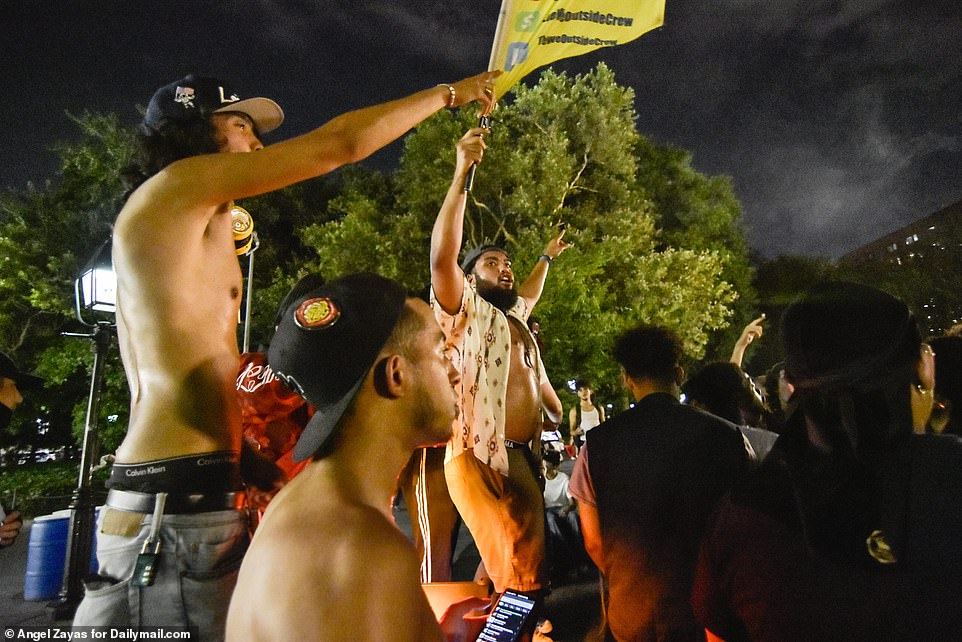 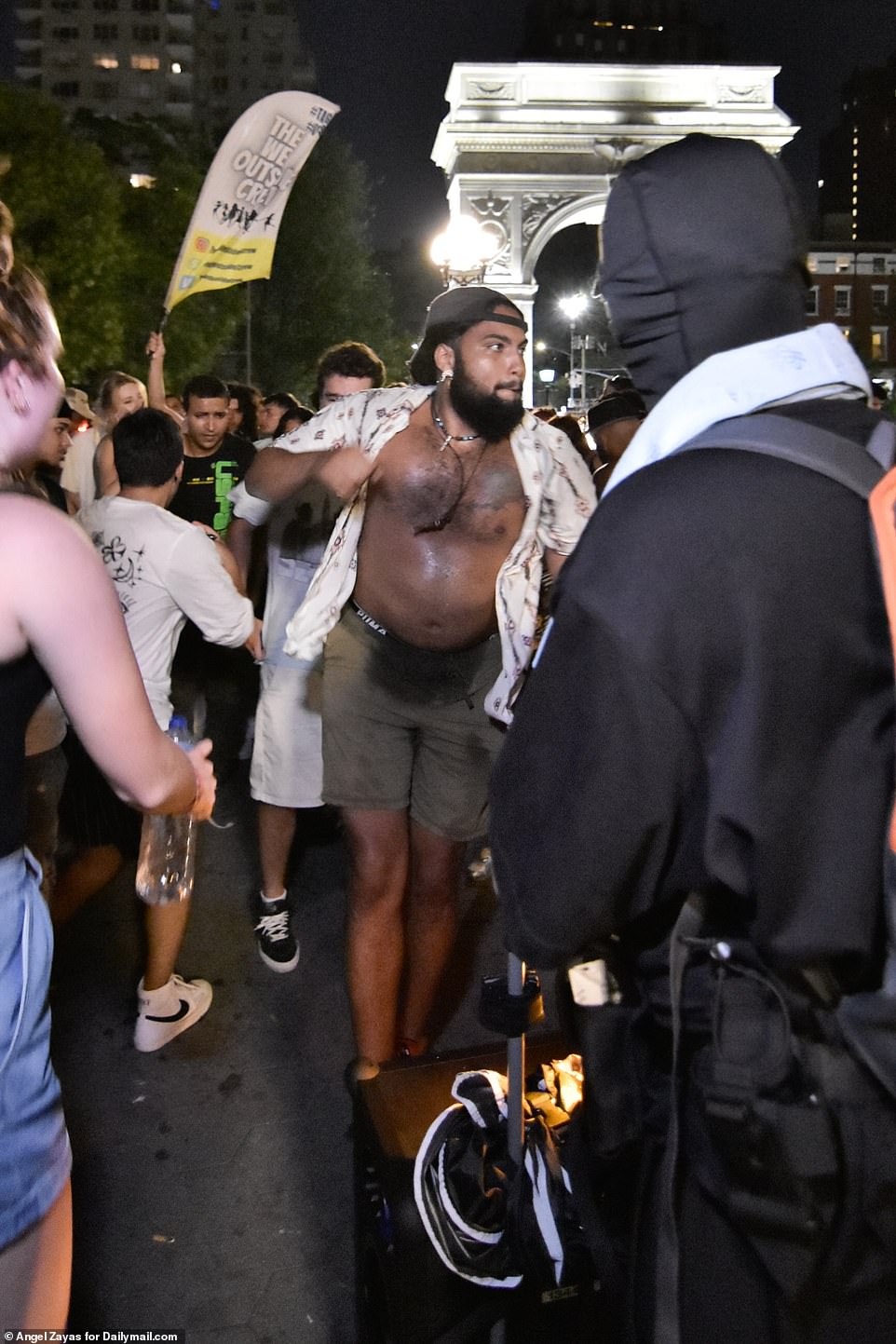 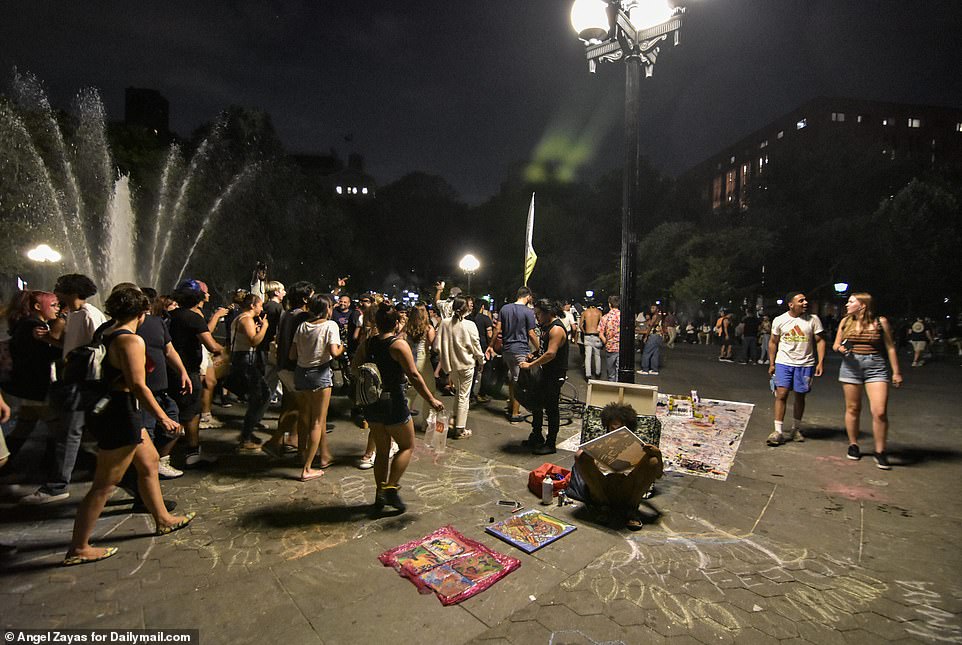 Art has become synonymous with Washington Square Park for decades, and July 16 was no different

Conflict in Washington Square Park has become a weekly issue since Memorial Day weekend, when the NYPD dressed in full riot gear bullied their way into the park to clear it out.

Since then, there’s been an underlying tension between police and partygoers as well as assaults, arrests, boxing matches, ATVs and motorcycles ripping through the crowd, and rowdy, all-night raves.

Only rainy weekends have quieted the storm in the upscale Greenwich Village section of New York City.

During the July 4 weekend, the NYPD were seen lined up underneath the arch at the park’s north side off Fifth Ave – just like they were Friday night into Saturday morning – before they moved into the park and forcibly moved the large crowd out of the area.

At one point during the night, it appears that a party-goer punched an officer before a group of cops chased him down and held him on the ground. 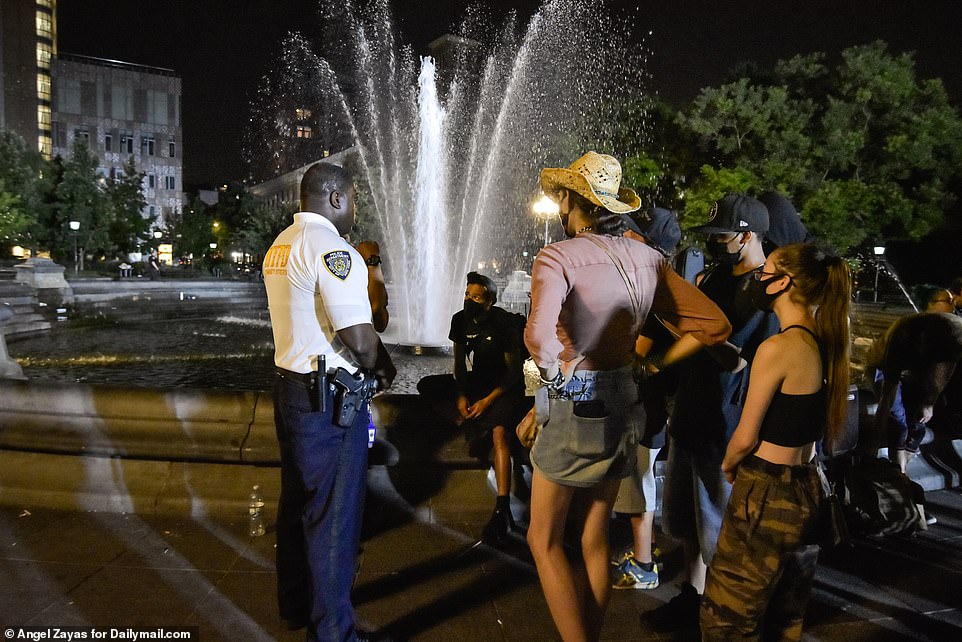 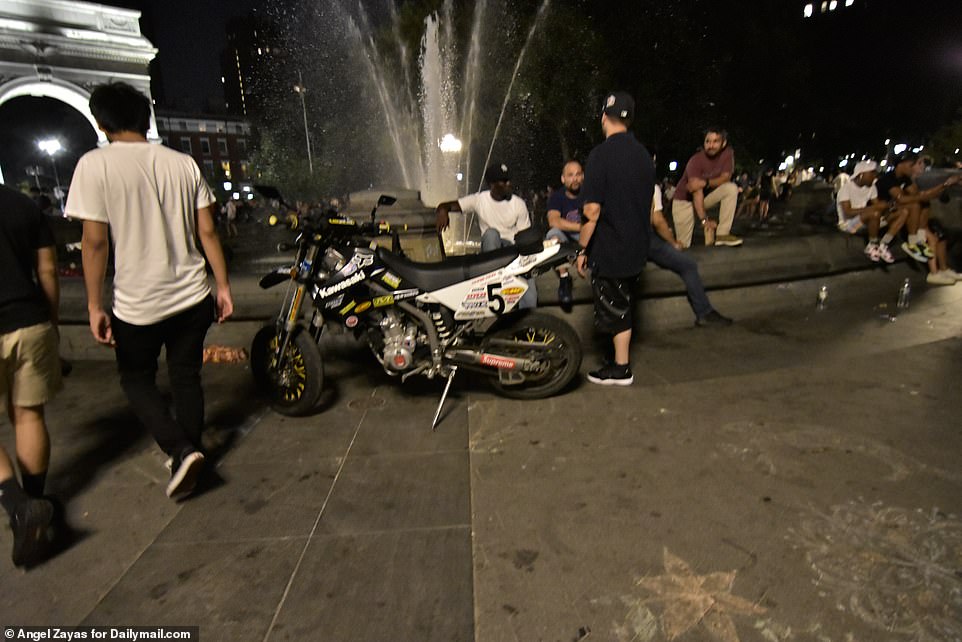 Motorcycles continued to be a problem in Washington Square Park on July 16. Many people have complained that people on ATVs and motorcycles rip through the crowds 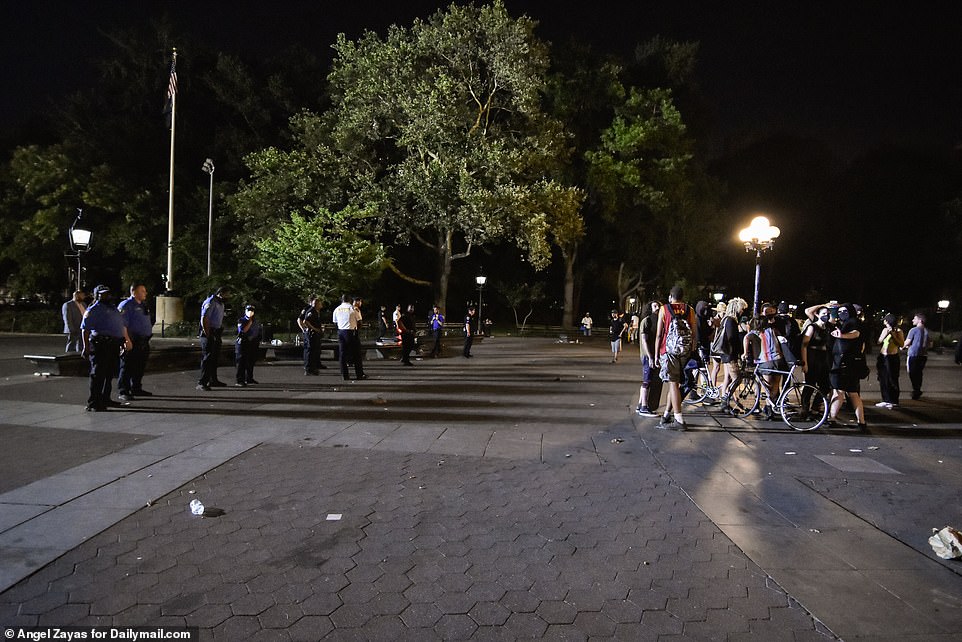 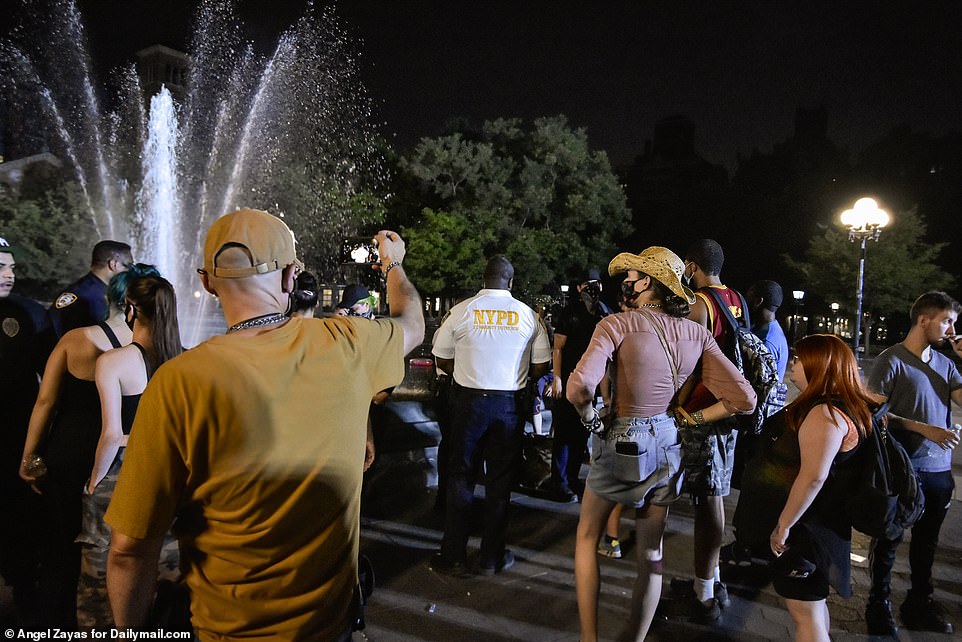 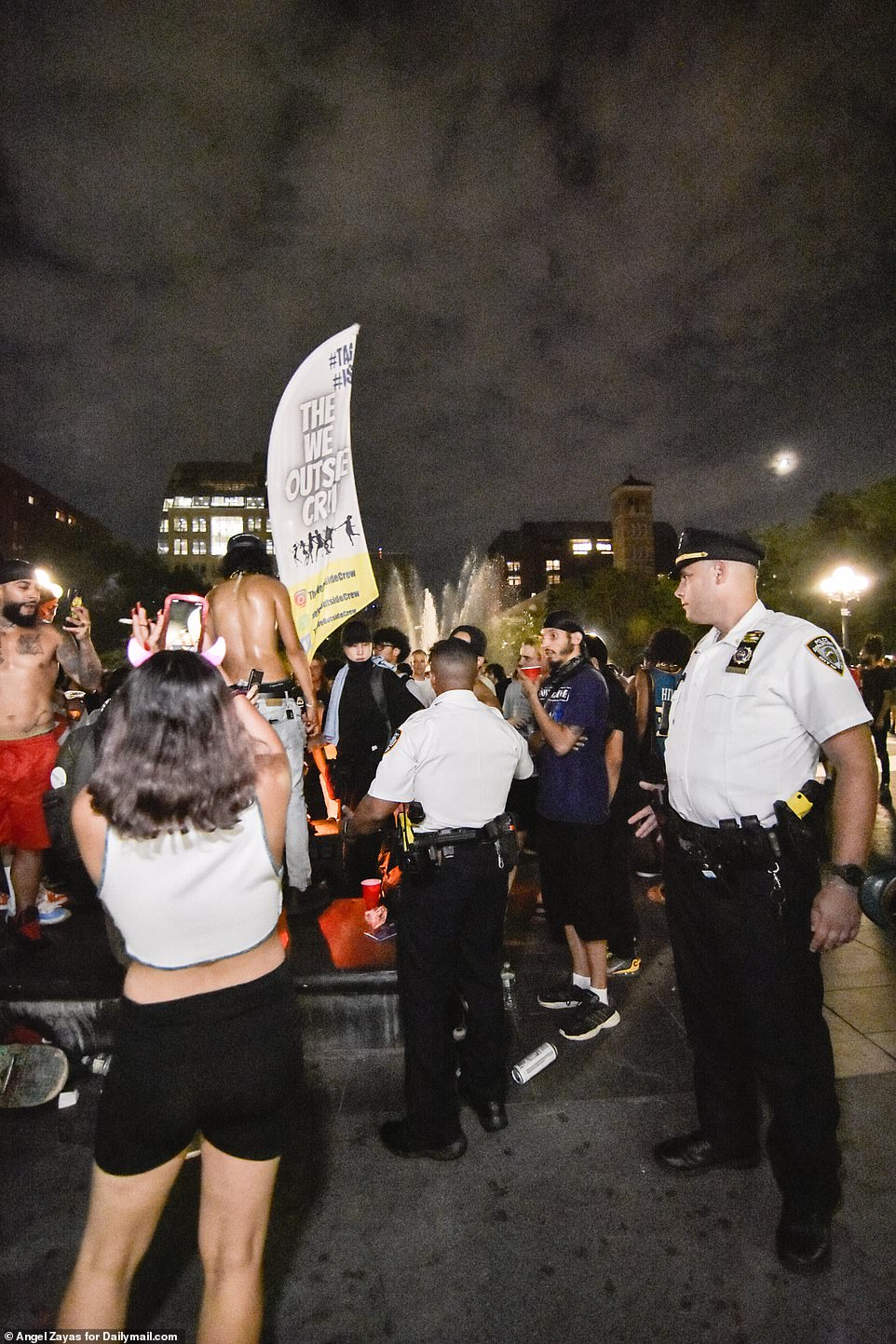 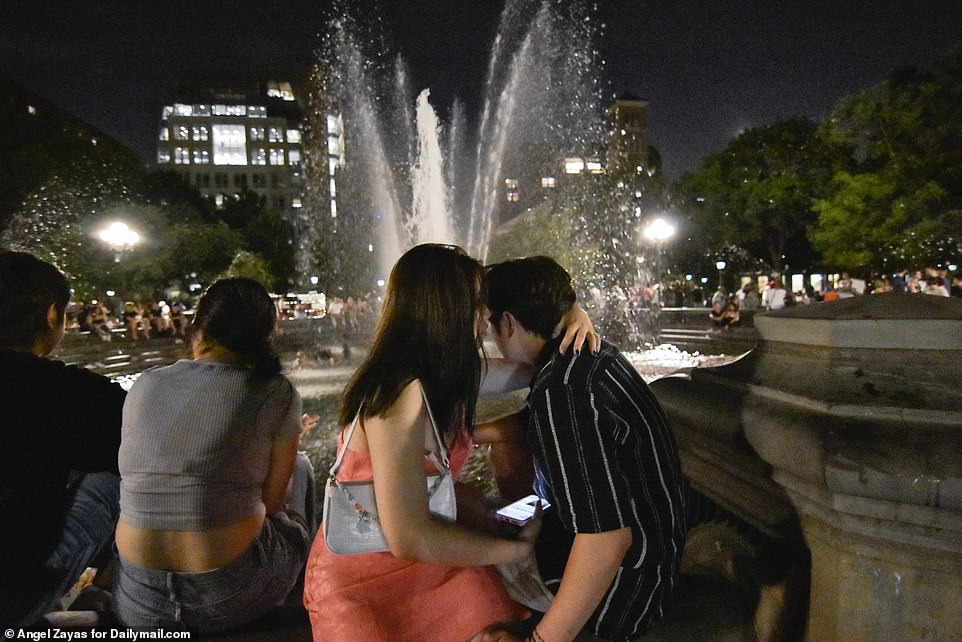 For some, it was a romantic summer night in Washington Square Park on July 16 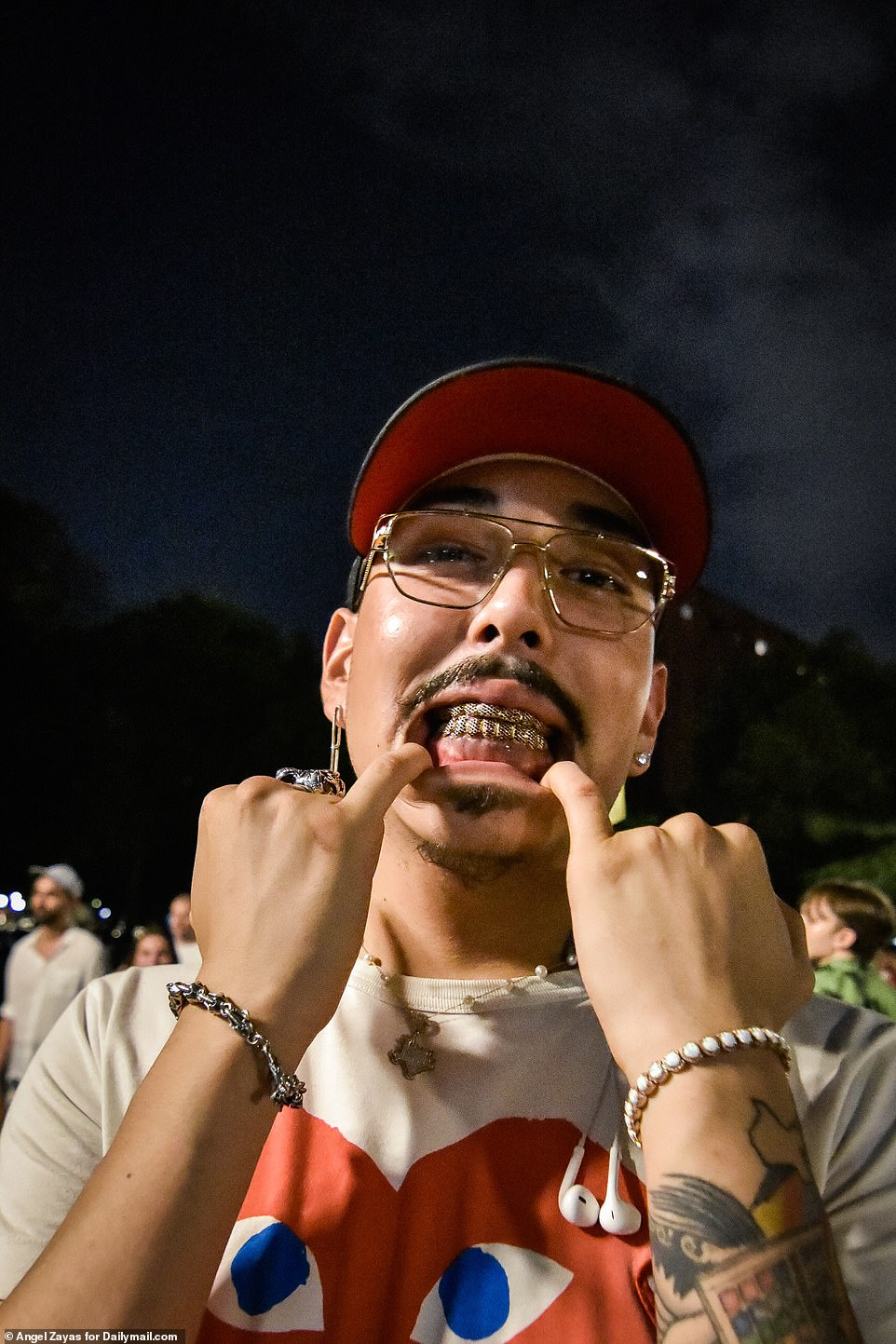 A partygoer proudly shows off his grill 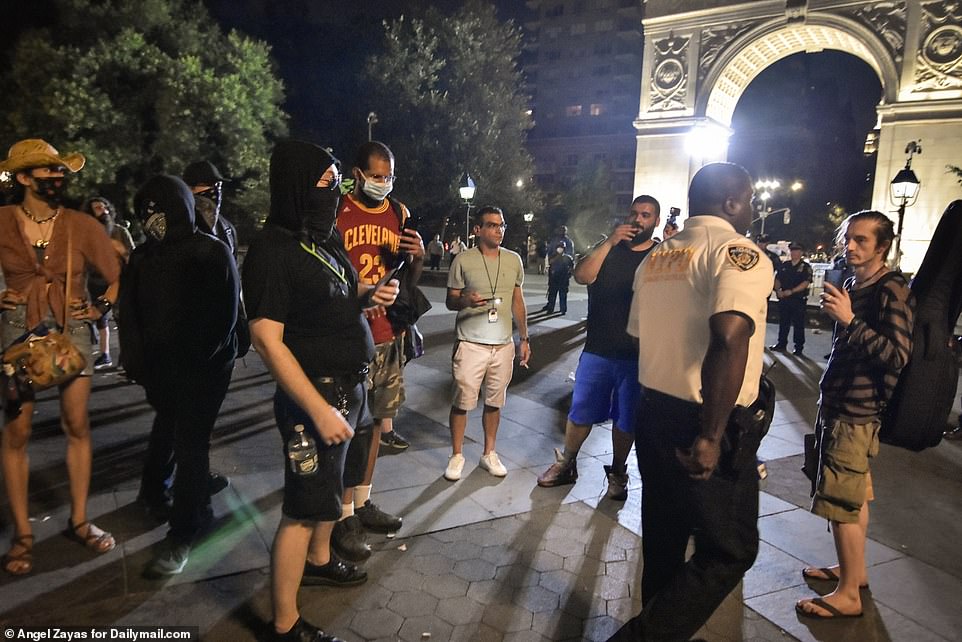 Overall, it was a peaceful night despite hundreds of people in the park overnight from July 16 to July 17 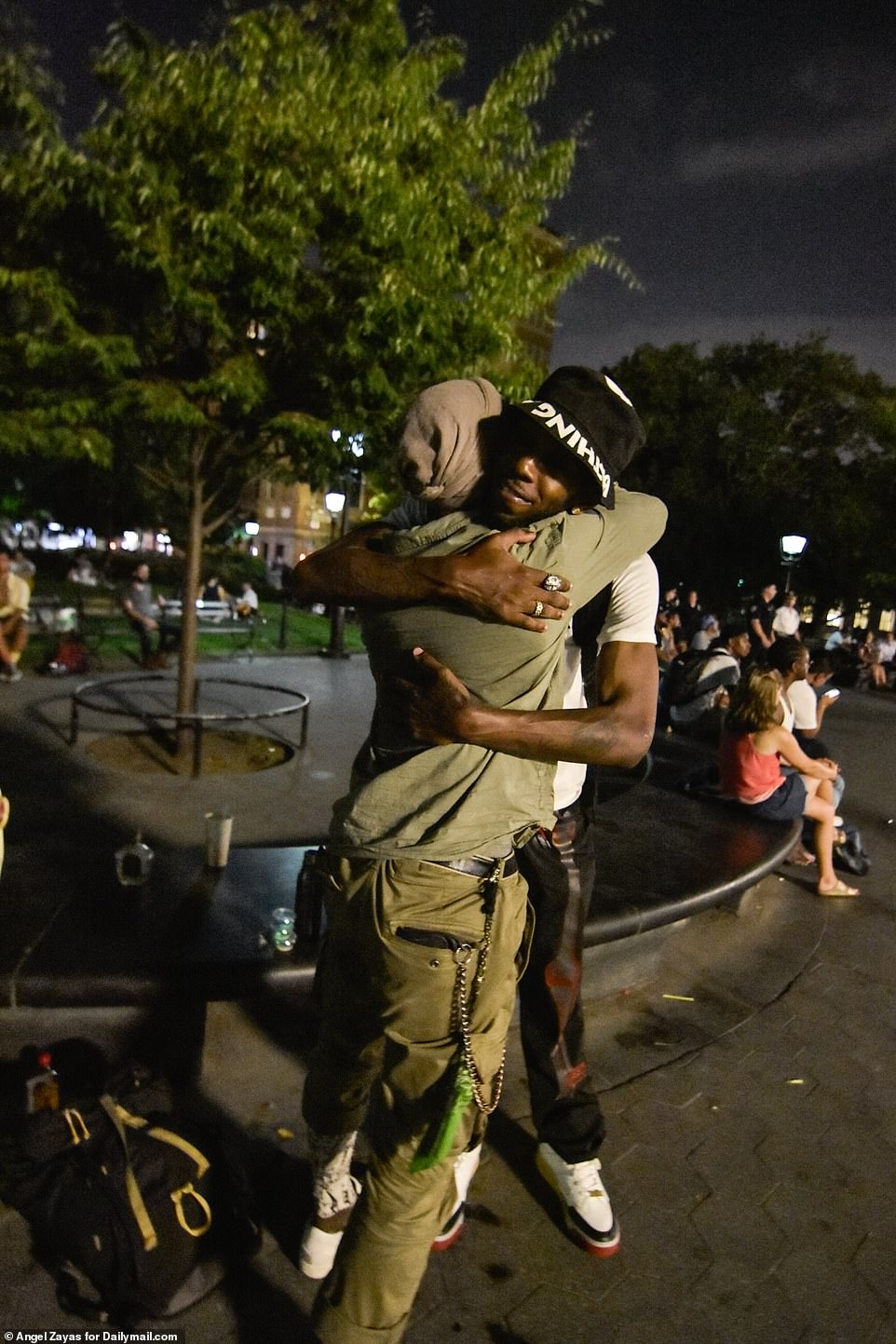 Two guys meet up in Washington Square Park on July 16 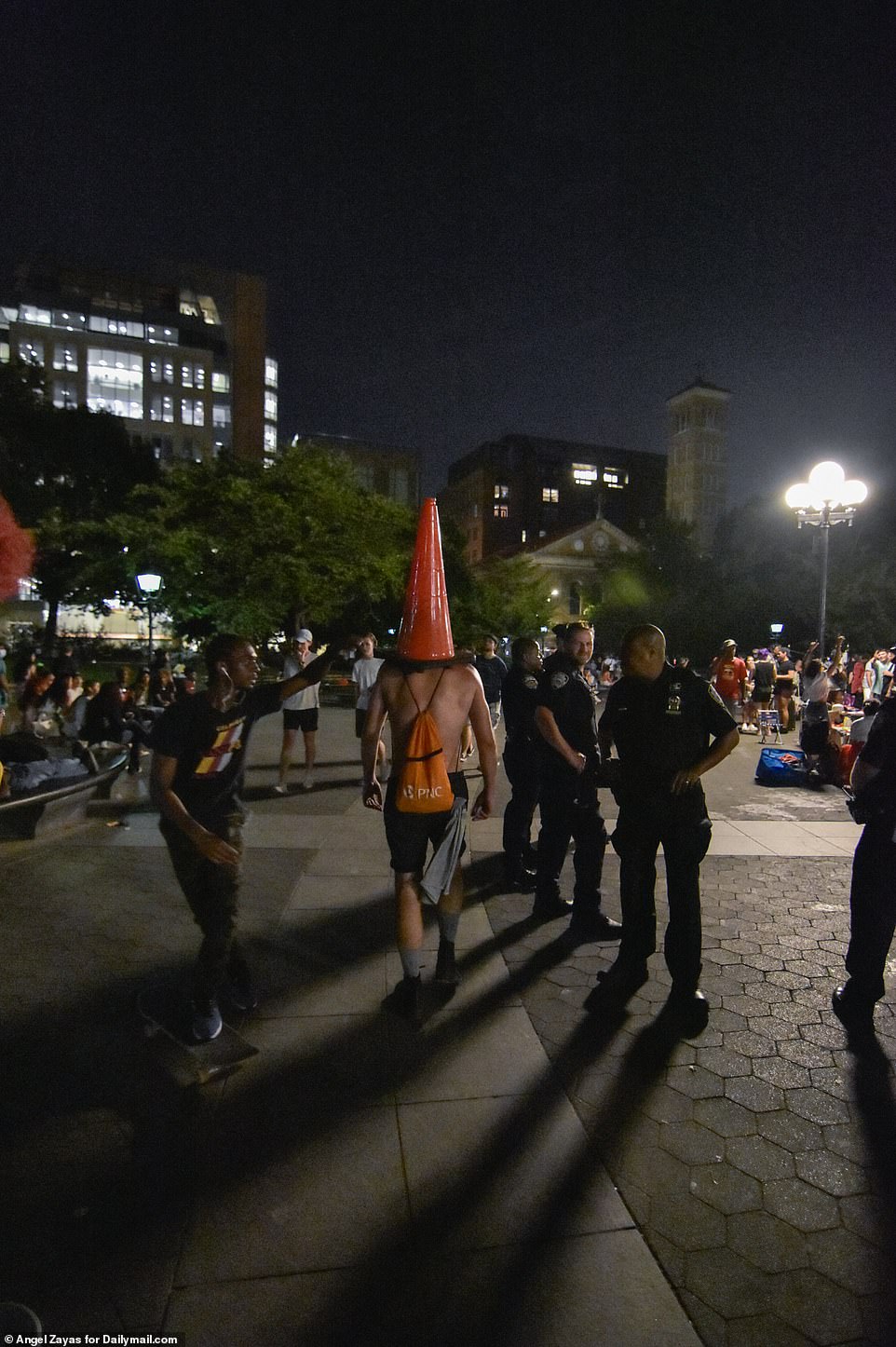 Many people, like this guy with a cone on his head, enjoyed the mid-July night in Washington Square Park on July 16 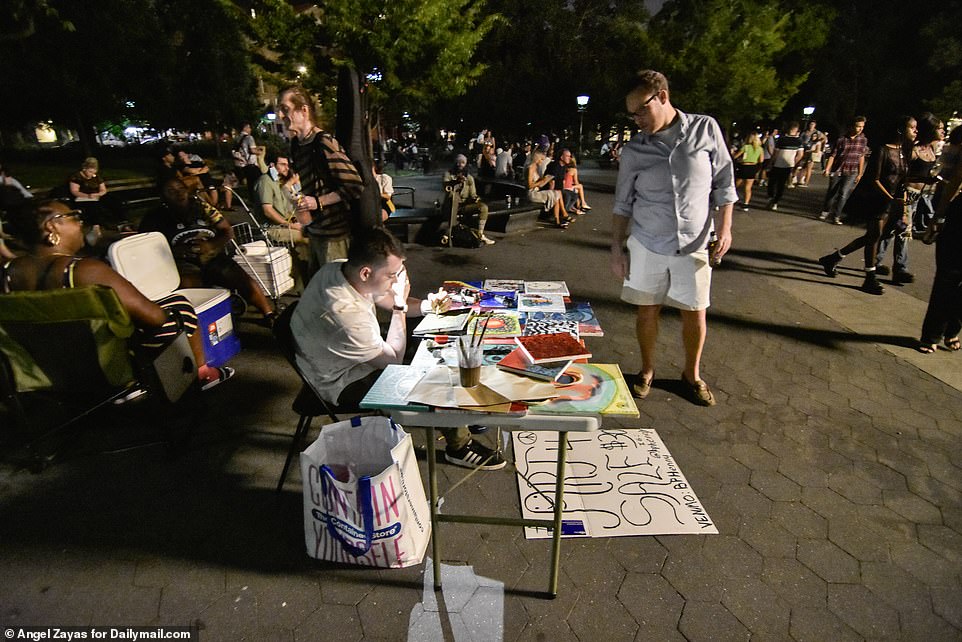 The iconic arches were lit up July 16 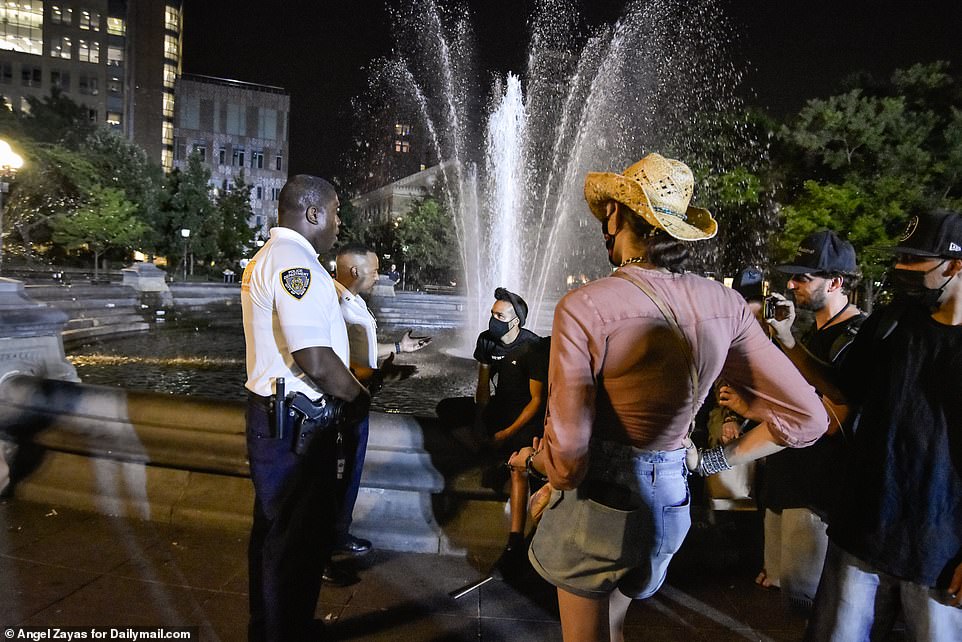 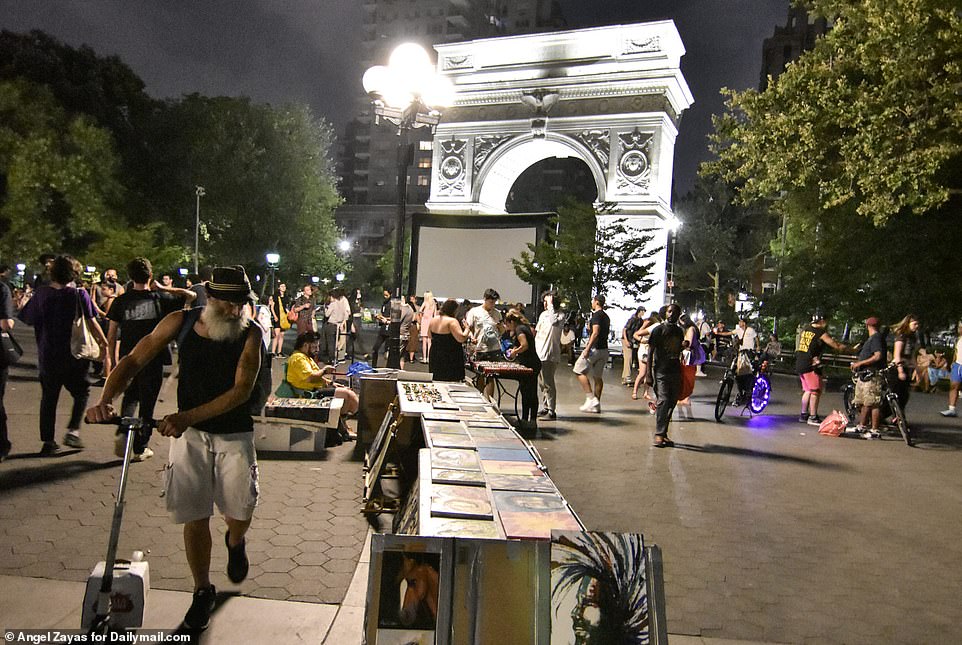 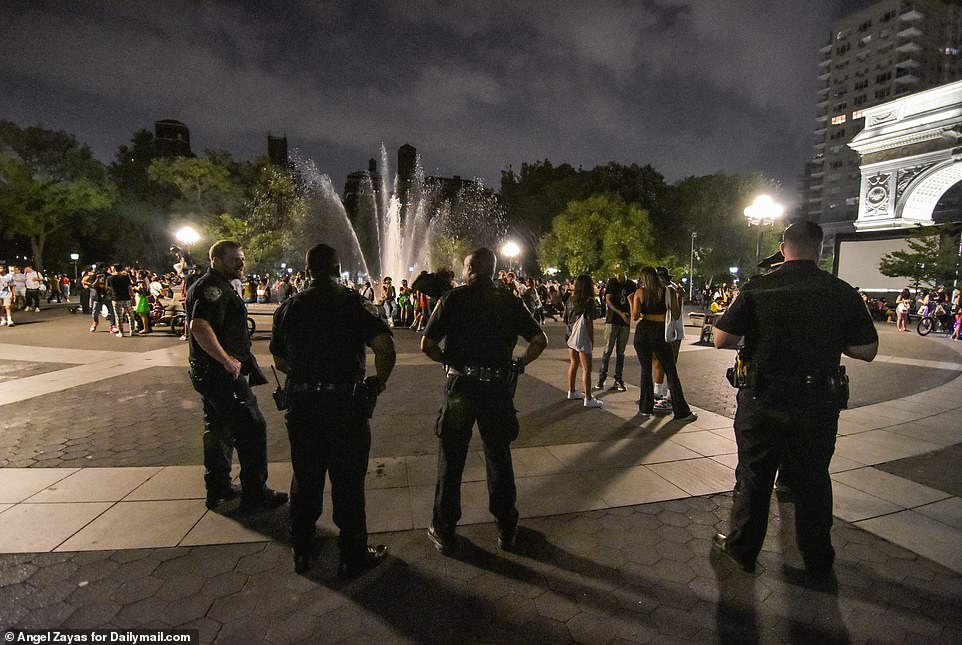 The NYPD told DailyMail.com that there were no arrests despite tense moments when police enforced the curfew

Before that, there were major incidents in three separate weeks in June, starting with a wild, all-night rave that ended with multiple people beaten and stabbed, and a diner cook being thrown through a window during the June 12 weekend.

The next week, a man, later identified as Jason McDermott, 42, was arrested and charged with menacing, reckless endangerment and weapons charges after he waved a taser and a large hunting knife around.

Horrified onlookers, seeing those weapons, fled in terror and trampled a 43-year-old woman, who was seen with blood pouring from the side of her head. She was taken to a hospital and later released.

During NYC’s Pride celebrations over the last weekend in June, a 66-year-old hot dog vendor Nader Hassaneen, an Egyptian immigrant, was punched him in the head and hot sauce was thrown in his eyes after he refused to replace his American flag with a Pride flag.

Hassaneen and Abdelalim Abdelbaky, 28, who operates the cart, said it was not the first attack on him or his employees in the park.

The same night, NYPD officers used pepper spray on Pride attendees after revelers reportedly got angry with how police responded to a break in the metal barricades surrounding the park. 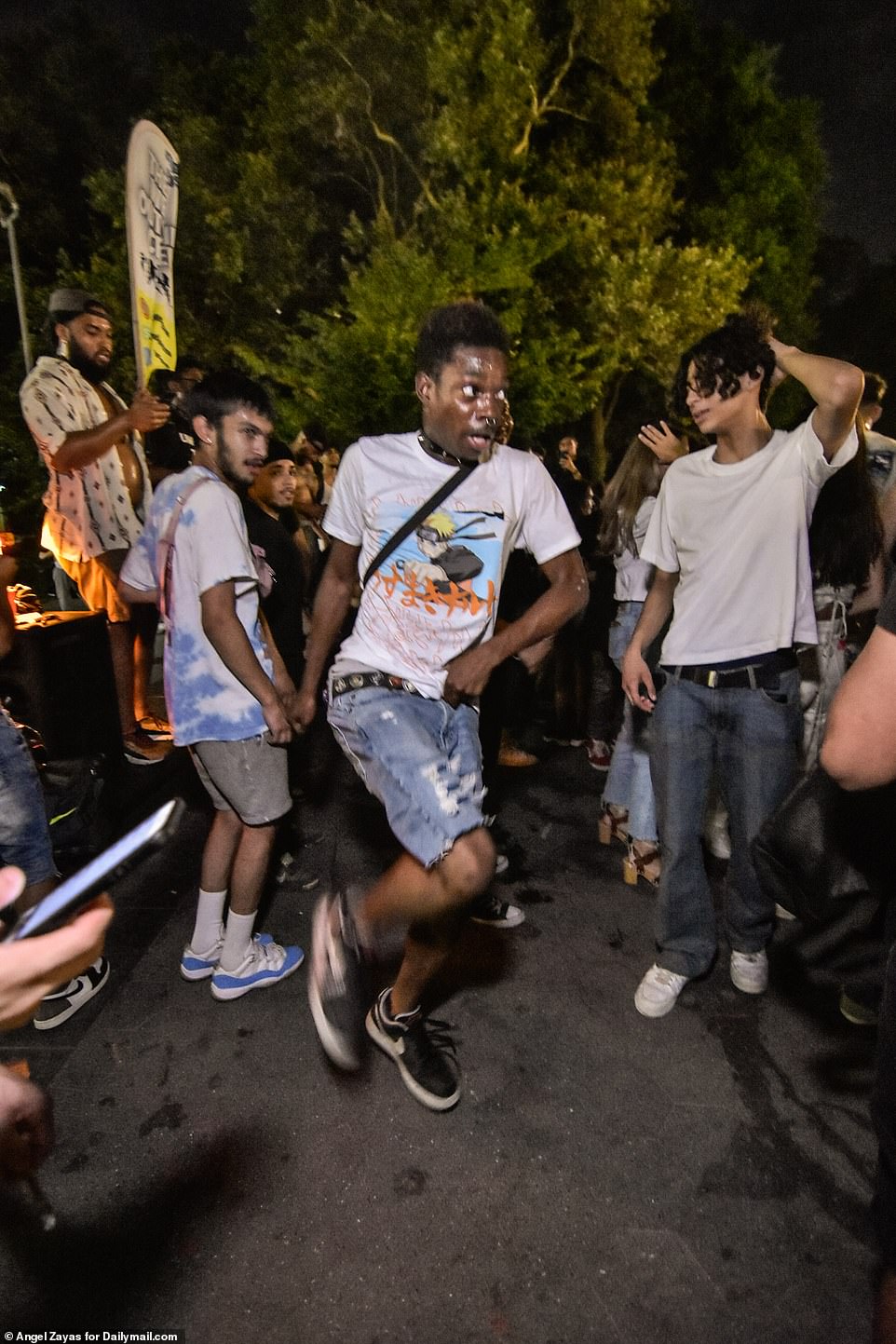 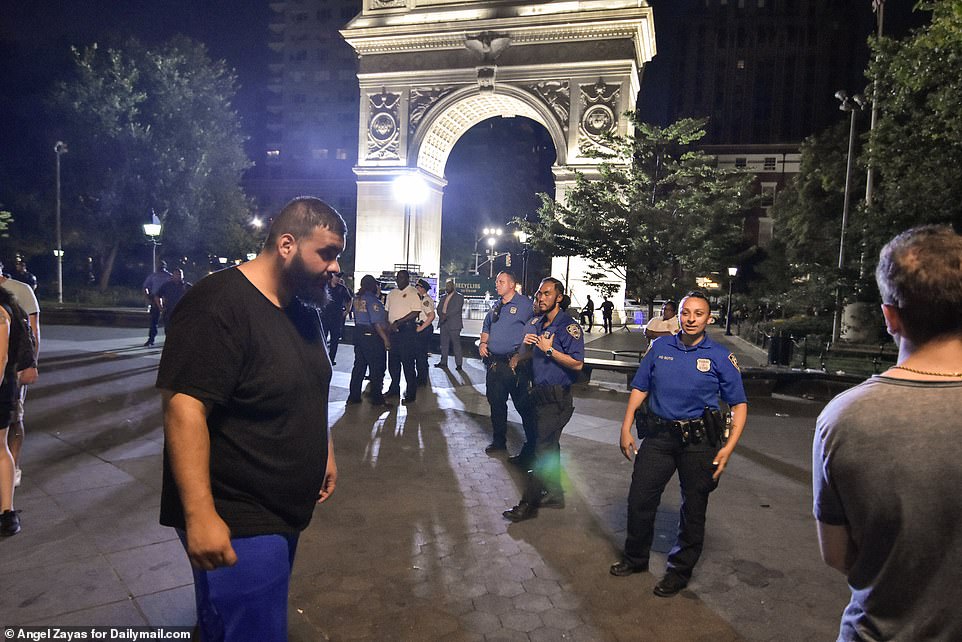 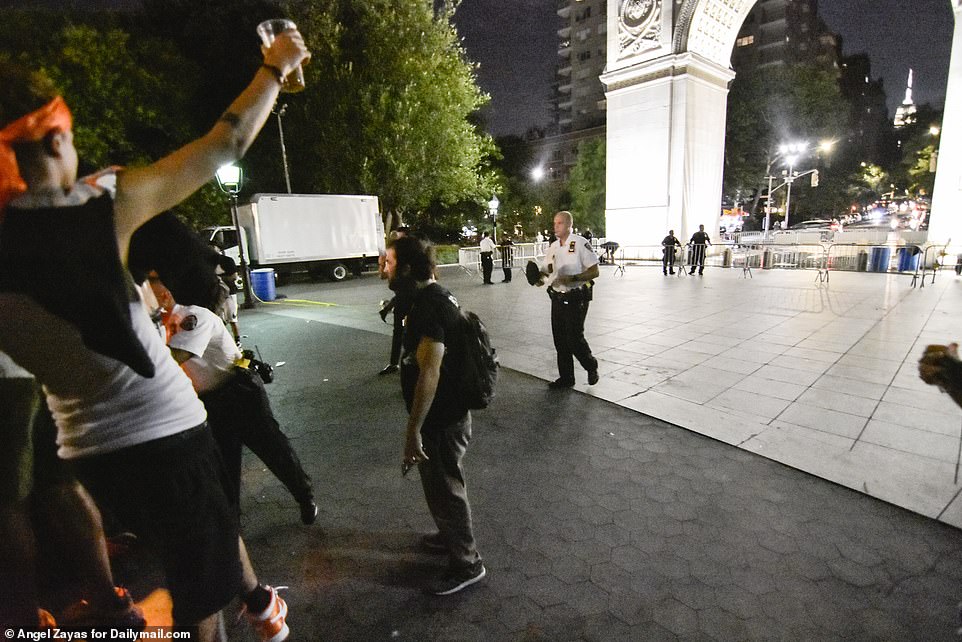 Last month, a community meeting was held in an effort to tackle the simmering tensions between the neighborhood’s residents and the partygoers.

Hundreds of locals joined the meeting at Lady of Pompeii Church to complain that the park ‘has become a drug den’ and a ‘free-for-all’, but there appears to be little change since.

The chaos in Washington Square Park comes as New York City is recording a surge in violent crime.

Governor Andrew Cuomo said in May the crime wave was a ‘major problem’ and said unless the NYPD gets a handle on it soon, the city would become undesirable.

Shootings across the city are up by more than 70 percent. Felony assaults are up eight percent for the first six months of 2021, compared to the same period last year, rapes are up by 10 percent and robberies – which includes muggings – have spiked by nearly 40 percent by the end of June.

Nearby residents told DailyMail.com that they won’t walk through the park at night.

Watch: How Alexander-Arnold bounced back from England omission

OXFORD (CBS) – Briar Poirier is the form of man folks search out after they store...