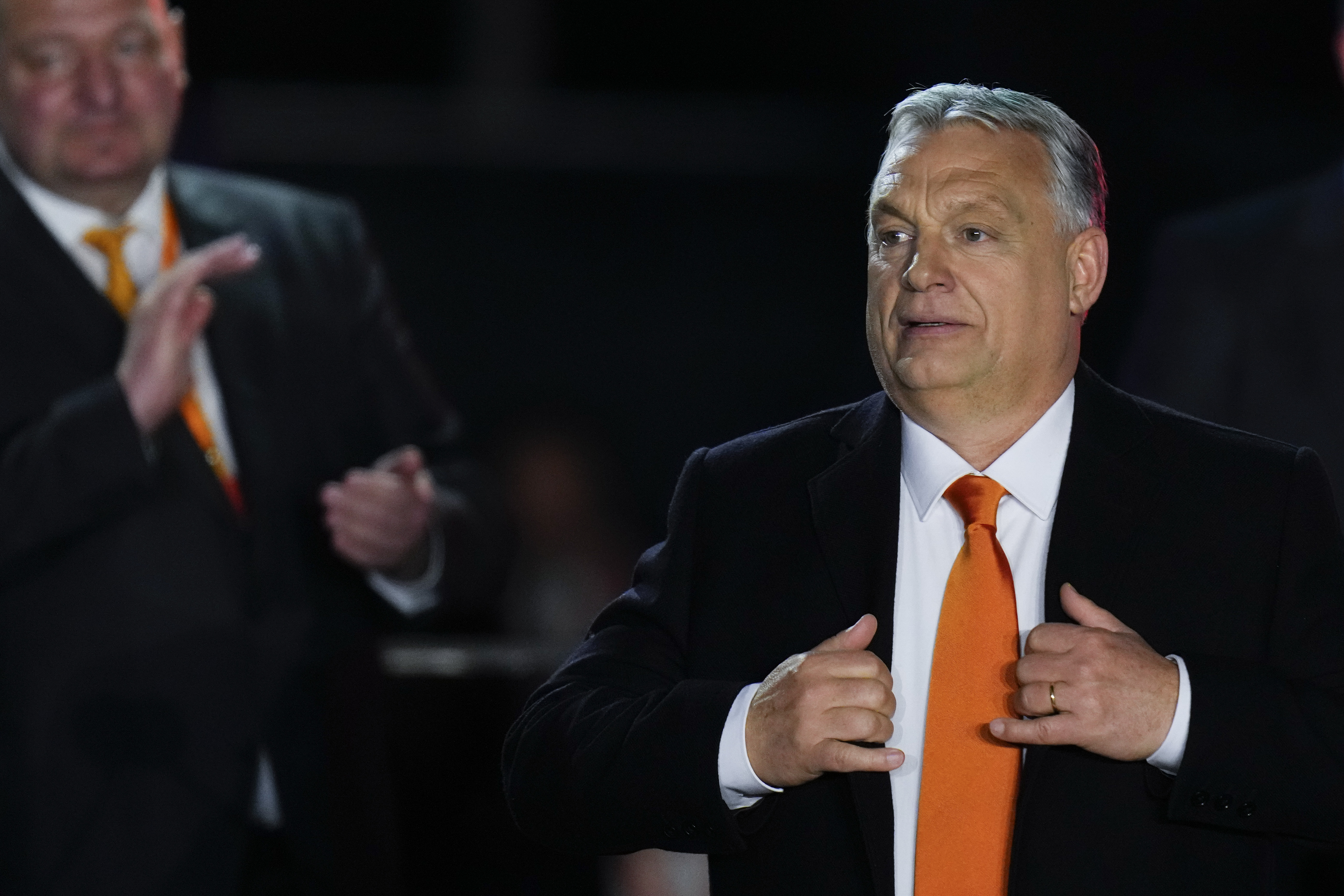 With over 90 percent of votes counted, an alliance dominated by Orbán’s right-wing Fidesz party was on track to win 135 seats in Hungary’s 199-seat parliament.

Since beginning a second stint in power in 2010, Orbán has repeatedly clashed with EU institutions — which have accused him of undermining democracy and the rule of law — while developing a close relationship with Russian President Vladimir Putin.

“We have never perhaps looked as good as we do tonight,” Orbán told supporters in Budapest on Sunday night, declaring that his party achieved “such a victory that it can be seen from the moon — but from Brussels for sure.”

The election campaign was deeply impacted by Russia’s war in Ukraine, with the prime minister casting himself as a guardian of stability.

Orbán has been attacked by Ukrainian President Volodymyr Zelenskyy for taking a softer line with Moscow than other EU leaders. While the Hungarian government has condemned Russia’s invasion and backed EU sanctions on Moscow, it has opposed a ban on Russian energy imports and declined to bilaterally provide Kyiv with weapons.

Ahead of Sunday’s vote, experts warned that the electoral playing field was skewed in favor of the ruling party.

About 53 percent of Hungarians voted in favor of the Fidesz national list, according to the results, while the party took 88 of the country’s 106 voting districts.

In his speech, Orbán hit out at figures ranging from Zelenskyy to Hungarian-American financier George Soros — a longtime target of his attacks — while thanking conservative allies in countries ranging from the United States to Serbia.

“It’s not just our victory,” Orbán said, adding that his brand of politics is “not the past, it’s the future.”

The outcome was met with deep disappointment within a six-party opposition coalition that came together across ideological lines in a bid to unseat the longtime leader.

Péter Márki-Zay, a conservative provincial mayor who ran as the opposition’s candidate for prime minister, acknowledged Orbán’s victory “in this system,” but said that “propaganda won” the election for Fidesz and that the contest was unfair.

“We did everything,” he told a small crowd of supporters who gathered in Budapest, some of them in tears.

“Difficult times are coming,” he said, adding: “Don’t give up.”