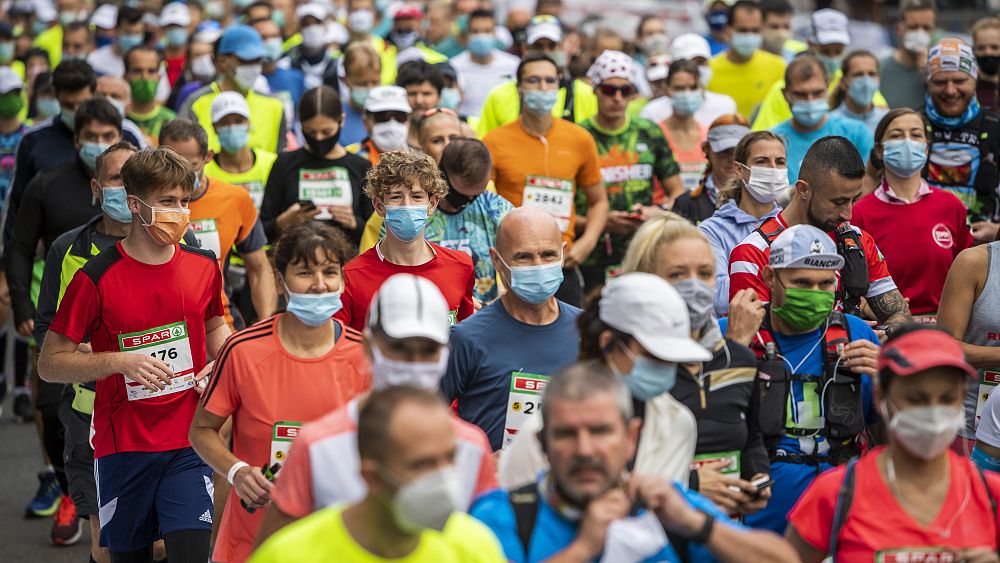 Coronavirus failed to stop the 35th Spar Budapest Marathon taking place in Hungary at the weekend, although only a third of the usual 35,000 people took part.

Organisers think many people changed their minds at the last minute. However, 9,000 people decided to go ahead with the race.

Runners and organisers had to follow strict coronavirus guidelines to minimise the risk of spreading the virus, although participants were not required to wear a mask while running.

“Everyone who had a start number had their temperature taken,” explained the chief race organiser, Árpád Kocsis.

“Also it might sound strange, but the runners had to wear a mask before the start and after the finish. At the refreshment stations, everything was unpacked and shared out so no one else could touch it. This is also the first year when we won’t hang the legendary medals around the necks of the racers, we just hand them to them.”

Organisers said the safety measures seem to work since over 200 sporting events have taken place in Hungary under the same conditions and none of them was deemed to have spread the virus.

One of the celebrities taking part in the race was world-famous handball player László Nagy, but he didn’t win.

That honour went to Gáspár Csere, who was clearly elated and understandably a little breathless for a minute or two.

The London Marathon was also held last week, but the races in Athens, Paris, Berlin and New York were all canceled due to the pandemic

Ask the Captain: Can I fly with medical oxygen? Do airlines provide it or do I bring my own?

Sports owners that have donated the most to political causes