Hunt for man who took lawnmower for test drive in Cairns

Police are on the hunt for a man who took a luxury ride-on lawnmower for a test drive – but failed to return.

An elderly man, 63, from Edmonton near Cairns in Far North Queensland, was approached by a shirtless man who asked to look at his John Deere mower about 3.30pm on May 3.

The man then took the luxury mower for a test-drive in neighbouring streets but never came back.

Video released by Queensland Police shows a man, wearing a red cap and shorts, making a very slow ‘escape’ in the Tropical region. 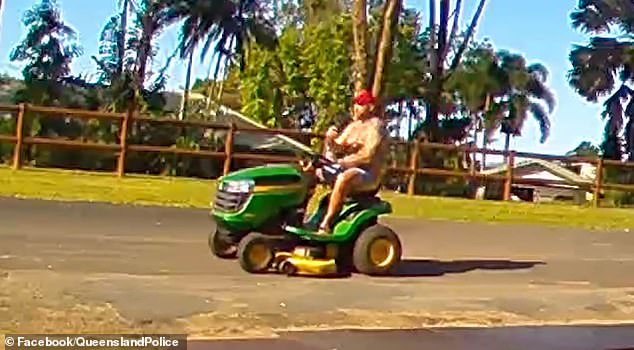 The high-end mower has since been recovered, but police are trying to locate the man who allegedly stole it.

He was driving a blue Toyota Aurion sedan before he took off on the mower, in a decision best described as rash.

They are described as ‘compact yet powerful’, and are fairly easy to use thanks to its two-pedal hydrostatic transmission.

In 2018, a John Deere ride on lawnmower was among the items stolen from a cemetery in Queensland’s remote Gympie Region.

At the time, Bill Greer, the Senior Constable for Imbil Police, described the brazen theft as ‘appalling behaviour.’

It remains unknown if the lawnmower was eventually recovered. 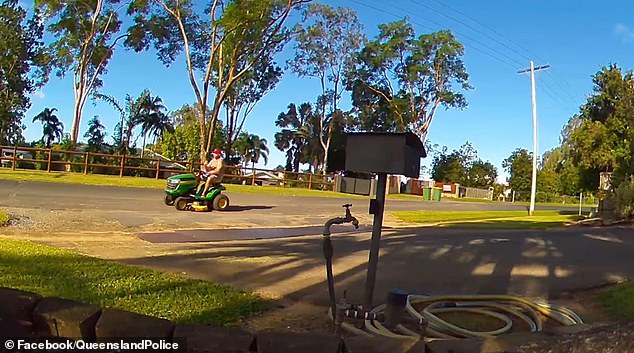 Police later recovered the luxury ride on mower, but the man (pictured) who allegedly stole it in Far North Queensland remains at large

Alex Yee: The British triathlete taking on the Brownlee brothers

Pakistan and Bangladesh are put on the travel ‘red list’

How Manchester United must move on from their Europa League tears

Pub landlords across England are being threatened with £1,000 fines by council killjoys under coronavirus restrictions...