Hunter Biden rented a $2,300-per-night luxury Los Angeles mansion for a blowout party after storming out on his new wife and baby following a ‘blazing row’, sources tell DailyMail.com.

Last month the recovering drug addict vanished for days from his Hollywood Hills home and allegedly broke his sober streak – only returning after days of partying, a source close to the couple claims.

Another source claimed Hunter, 50, rented a mansion in upscale Pacific Palisades for a raucous bash with friends, just 20 miles from his 34-year-old wife Melissa and their seven-month-old child.

Hunter Biden, a recovering drug addict, allegedly broke his sober streak last month when he rented a mansion and threw a party after an argument with his wife 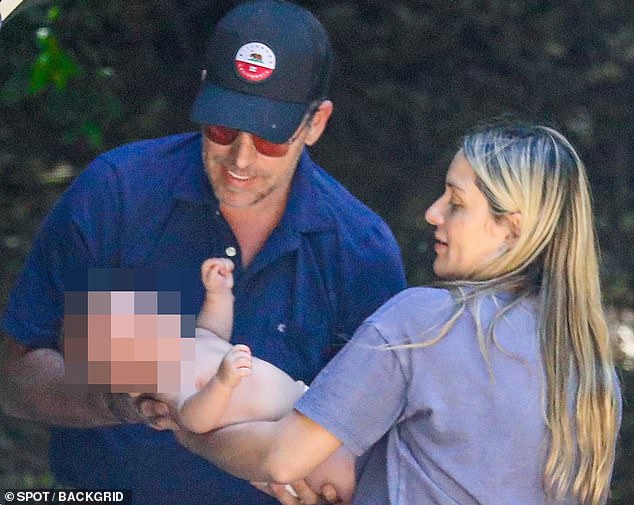 Hunter and his new wife Melissa got into an huge argument last month prompting Hunter to leave their Hollywood Hills home and rent a mansion and throw a party, DailyMail.com can reveal

Joe Biden’s youngest son has spent months under intense scrutiny over his business dealings in foreign countries, and was plunged into yet another scandal last week when photos and emails from his laptop were leaked to the New York Post.

The shocking photos published included a shot of Hunter lying comatose in bed with what appears to be a crack cocaine pipe hanging out of his mouth and others of him partially clothed.

The newspaper claims the laptop also contained an 11-minute sex and drugs video.

And in damning allegations the Post referenced emails which appear to show Hunter made demands for more than $30 million in a business deal in China, and arranged meetings with his then-Vice President father.

It’s understood Hunter’s fight with his wife and days-long bender happened in September, around the same time the New York Post reported they were tipped off about the documents’ existence by former Trump svengali Steve Bannon.

A source close to Hunter’s wife said the younger Biden had been told by his father’s team to keep a low profile. 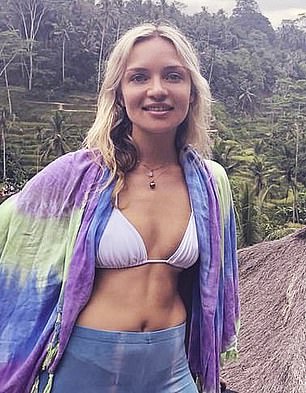 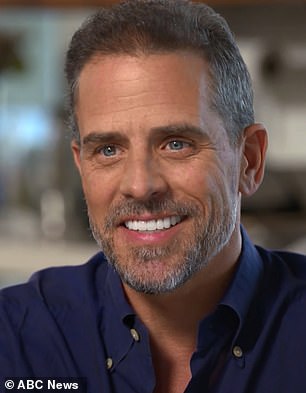 A source close to Melissa said when Hunter returned, his wife threatened  him, saying ,’They had another huge row and Melissa threatened to take their child back to South Africa’

During the pandemic the 50-year-old had been cooped up in his Hollywood Hills home with Melissa – who he married just 10 days after meeting her in May last year – and his fifth child, born in March just weeks before the coronavirus lockdown began. 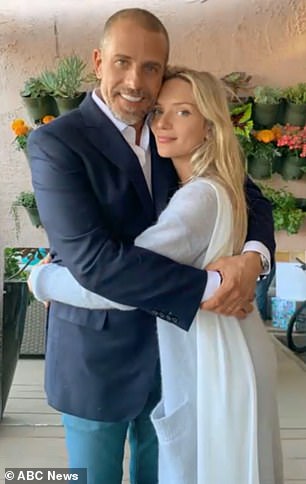 The source claims Melissa and Hunter had a heated argument around a month ago which resulted in Hunter storming off.

‘With the coronavirus restrictions and the fact Joe Biden’s team had asked Hunter to stay under the radar as much as possible Melissa and Hunter were pretty much confined to their home,’ the source said.

‘They have been arguing a lot and then they had this huge explosive argument about a month ago and Hunter stormed off, he vanished for a few days saying he needed some space.

‘They’re both very hot-headed but this argument seemed worse than usual and Melissa was left to care for their baby by herself. She didn’t know where he went.

‘When he came back Hunter was a mess, he was in a bad place and she was furious with him for leaving.’

A second source told DailyMail.com that Hunter rented a mansion in the upscale Los Angeles neighborhood of the Pacific Palisades for a blowout, as well as booking a room at the Four Seasons Hotel in the city.

The Palisades mansion where the presidential candidate’s son allegedly partied is listed on AirBnB for $2,349 per night.

When contacted by DailyMail.com, Stay Awhile owner Stuart Heller declined to comment on the younger Biden’s supposed bash at his property. 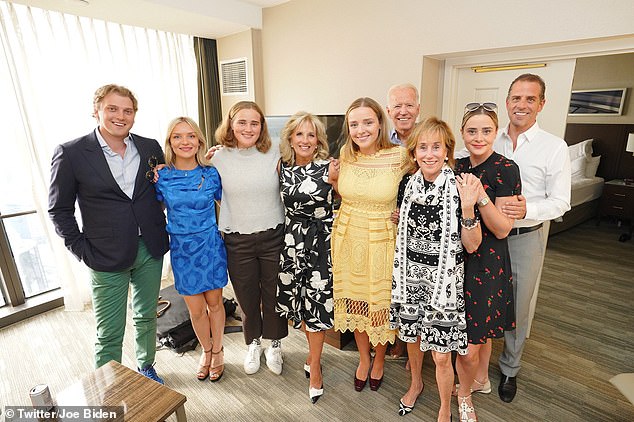 Joe Biden’s youngest son has spent months under intense scrutiny over his business dealings in foreign countries, and was plunged into yet another scandal last week when photos and emails from his laptop were leaked. Hunter and Melissa are pictured with parents Joe and Jill and other members of the Biden clan

The source close to Melissa said when Hunter returned, ‘They had another huge row and Melissa threatened to take their child back to South Africa,’ the source said.

‘She begged him to go to rehab and to speak to their therapist, he had relapsed and she wanted him to seek help.

‘Melissa was calling friends crying, she was very very upset. She was reaching out for help because she didn’t know what to do.

‘She was saying how difficult it was to be married to someone who has an addictive personality.

‘She is constantly worried about him, and believes it’s not a matter of if with him, but a matter of when he falls off the wagon.’

The source said Hunter and Melissa were able to sort their differences out, however, and Hunter has been doing ‘much better’.

‘Everything has calmed down, they both love each other and are trying to sort things out, I think with the stress of the lockdown and the stress of Hunter constantly being in the spotlight with the election around the corner, things just came to a head,’ the source added.

As well as the political scandal swirling around Democratic presidential candidate Joe’s son, he has been caught in an embarrassing court battle in recent months over child support for another of his children.

The 50-year-old at first vehemently denied he had a child with former stripper Lunden Alexis Roberts.

After a DNA test proved his paternity, the former Ukranian gas executive argued for lower child support payments, telling the judge he had been unemployed since May 2019 and had significant debts.

He reportedly pays $12,000 per month to rent his Hollywood Hills home.