Hunter Biden, President Joe Biden’s son, still maintains a 10 per cent holding in a Chinese investment firm despite pledging to divest himself of the funds before his father’s January inauguration.

White House Press Secretary Jen Psaki confirmed the pledge during a press briefing Friday and said that Hunter was ‘working to unwind his investments.’ 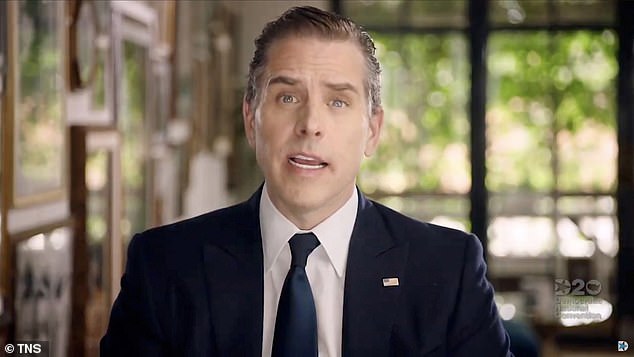 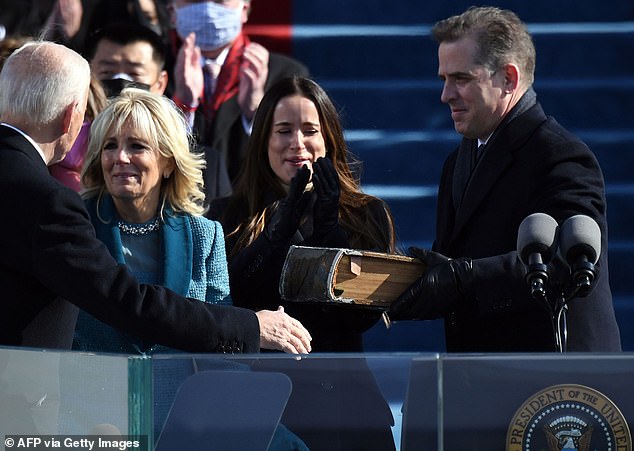 Hunter Biden, far right, pledged in October 2019 that he wouldn’t serve on any foreign boards if his father won the 2020 presidential election

‘He has been working to unwind his investment but I would certainly point you — he’s a private citizen — I would point you to him or his lawyers on the outside on any update,’ Psaki said in response to a question on the topic.

In the final month of his election campaign, President Biden pledged that his family would be free of foreign dealings.

‘No one in my family will have an office in the White House, will sit in on meetings as if they are a cabinet member, will, in fact, have any business relationship with anyone that relates to a foreign corporation or a foreign country,’ Joe Biden said in the run up to November’s election.

‘My son, my family will not be involved in any business, any enterprise, that is in conflict with or appears to be a conflict, with the appropriate distance from, the presidency and the government,’ he said during a CNN sit-down interview. 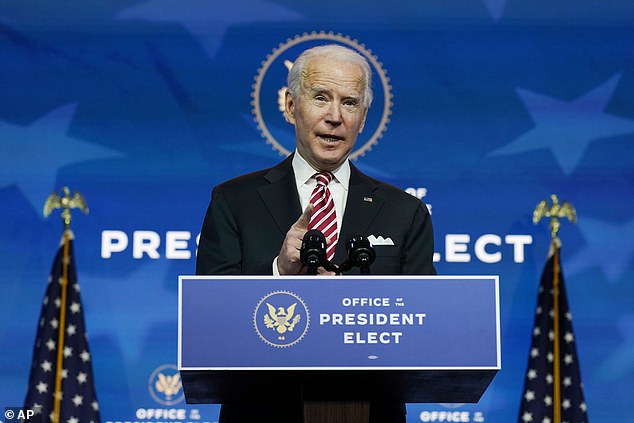 Then President-elect Joe Biden promised that his son, Hunter, would not be involved in any business dealings that could present a conflict of interest

Hunter Biden’s business dealings in Ukraine, where he sat on the board of energy company Burisma, and also China had opened up his father to political attacks.

During the race for the White House, Hunter’s relations with the equity company funded by the Bank of China and with Ukrainian energy company, Burisma Holdings, saw his father pushed over the issues as to how he came to serve on the board of Burisma, one of the largest private natural gas producers in Ukraine.

Hunter Biden pledged in October 2019 that he wouldn’t serve on any foreign boards if his father won the 2020 presidential election.

The statement stopped short on pledging full divestment from foreign entities but he did resign from the BHR board at that time after his father received increased scrutiny during his presidential bid.

He also emphasized that his involvement with the company began after Joe Biden was no longer vice president under the Obama administration. 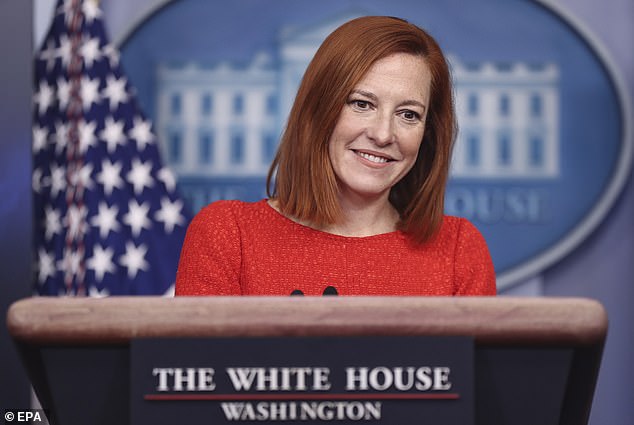 White House Press Secretary Jen Psaki confirmed during a press briefing Friday that the president’s son continues to own a 10 percent stake in the Bohai Harvest RST (Shanghai) Equity Investment Fund Management Co. (BHR Partners) – despite President Biden’s October pledge that his family would be free of foreign dealings

‘Hunter neither played a role in the formation or licensure of the company, nor owned any equity in it while his father was Vice President,’ attorney George Mesires, said in a 2019 statement.

‘He served only as a member of its board of directors, which he joined based on his interest in seeking ways to bring Chinese capital to international markets. It was an unpaid position,’ he added.

When BHR was formed in 2013, Hunter Biden joined on as an unpaid director.

BHR was funded by the Bank of China, a state-owned entity, as well as other Chinese government financial firms.

In October 2017, after his father left office, Hunter Biden became a shareholder in BHR, according to regulatory filings in China.

He invested $420,000 and also attained a 10 percent equity position in BHR Partners.

‘Under a Biden Administration, Hunter will readily comply with any and all guidelines or standards a President Biden may issue to address purported conflicts of interest, or the appearance of such conflicts, including any restrictions related to overseas business interests,’ Mesires stated. ‘In any event, Hunter will agree not to serve on boards of, or work on behalf of, foreign-owned companies.’

An investigation from the Republican-led Senate during the Trump administration found no evidence that Joe Biden had influenced U.S. foreign policy to benefit his son.

But a December announcement from Hunter Biden that he was under investigation by the federal government over his taxes put renewed attention on his foreign deals.

"Air high quality throughout the state ranges from MODERATE to UNHEALTHY, with the worst air high...