A husband and wife are set to pocket $45million after their rural farm is rezoned for housing.

Mirko and Heidi-Marie Blazevic will now definitely enjoy their eventual retirement, with the farmers purchasing almost 30 hectares of land decades ago at Nar Nar Goon, east of Melbourne.

The pending expansion of Melbourne’s urban growth boundary and the land zoned for the Pakenham East Precinct Structure Plan will see the couple laughing all the way to the bank.

Core Projects’ Kane Malcomson expects the property owned by the Blazevic’s will attract bids of at least $45million. 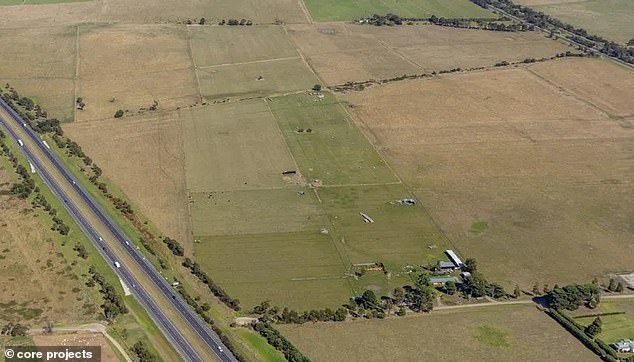 The expansive property on 30 hectares at Nar Nar Goon, east of Melbourne, set to yield $45 million for its owners

‘There’s a definite mix of both local and international interest in this one,’ he told the Herald Sun.

‘We hit the market last week and a significant number of groups have inquired already.’

Remarkably, the couple are tipped to resume farm life once their property is sold.

Once developed, the expansive property could house more than 450 housing lots, a park and children’s playground. 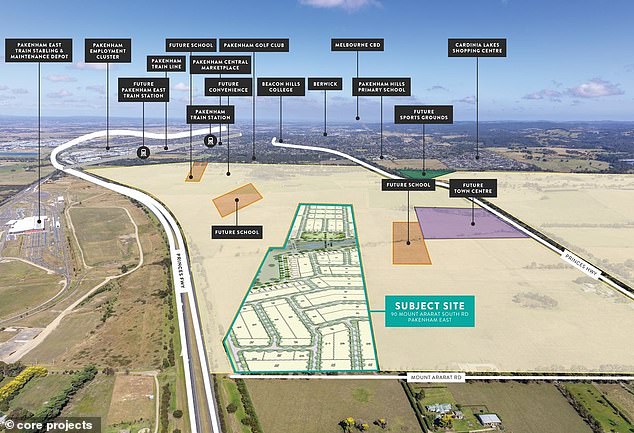 The proposed urban growth plans proposed for the site at Nar Nar Goon, in rural Victoria

According to 7News, the property – owned by two cattle herding brothers – sold for a $80million.