I hear a constant humming… am I a tinnitus victim? DR ELLIE CANNON answers your questions

I have a permanent humming in my ears – I don’t think it’s tinnitus, as it isn’t a ringing but sounds more like an electric generator.

I can briefly halt it by putting a finger in my ear and shaking it up and down, as one does when water gets in there. Does this indicate anything in particular?

This does sound like typical tinnitus. It can be a ringing in the ears, but many sufferers describe humming, buzzing, hissing and other variations.

Movement and shaking of the ear will create a sound, which distracts you from the problem.

If it’s new, and you’ve not seen your doctor about it, it’s worth booking a consultation.

Commonly, tinnitus is triggered by a build-up of ear wax, and this can be treated with irrigation or other methods to clear it away. Other causes include noise exposure and age-related hearing loss. 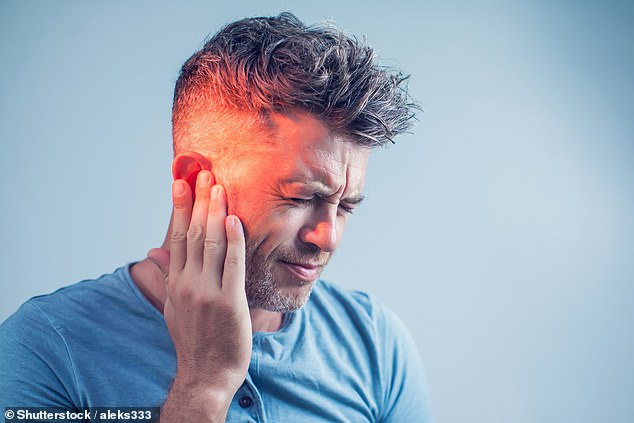 Commonly, tinnitus is triggered by a build-up of ear wax, and this can be treated with irrigation or other methods to clear it away

Like many doctors, I’ve become extremely worried about the way non-Covid health issues have been sidelined in the past months.

And so, last month, I wrote to Health Secretary Matt Hancock, expressing concern. My letter was signed by 65 other GPs. But, as I revealed last week, all we got back was a stock response, cut and pasted from old speeches.

It seems he couldn’t care less. I’ve since been inundated with hundreds of emails and tweets from readers sharing my disgust at such a dismissal. 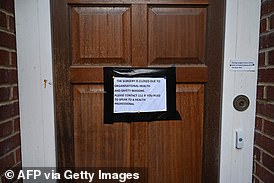 People are unable to see their GP face-to-face

Amid the responses, I noticed another worrying trend. People are telling me they are unable to see their GP face-to-face, or in some cases unable to get hold of their surgery by phone.

This should not be happening: in my own practice, our doors are open. This is supposed to be the case everywhere. Please write to me and let me know what’s going on in your area.

There are other, less common triggers for tinnitus, including a disease of the inner ear known as Meniere’s, which may cause vertigo and dizziness.

It can also be a side effect of medication, such as the diuretics used to treat heart disease and methotrexate for rheumatoid arthritis. And in very rare cases, one-sided tinnitus may be from a benign tumour of the ear nerve.

Your GP will be able to establish whether the humming is in one ear or both and whether the cause is just wax or something more.

I have had a persistent cough for over two years. It only occurs in the morning and sometimes I cough up mucus, other times nothing. I’ve seen my GP several times and have undergone scans and tests. Nothing has shown up. I feel like no one believes me. The cough is still there and, with everything going on at the moment, I’m concerned.

The one reassuring aspect of this situation is that, in two years, there has not been a significant deterioration: this should imply there is not a serious or sinister underlying cause such as cancer.

A long-term cough can be a sign of lung cancer, which is why we suggest people see their GP if they’ve had one for three weeks.

We always think about the lungs as the source of a cough but often a cough can come from many places. For example I see patients who cough because of acid reflux. This can lead to a persistent tickling cough. Try anti-acid medication from a pharmacist for a week or two to see if it has any impact.

A chronic cough can also come from a sinus condition called post-nasal drip, where mucus constantly drips into the back of the throat causing irritation and a recurrent cough.

A cough may consistently occur in the morning because of the effect of lying down all night. This could cause mucus build-up in the upper airways and worsen acid reflux from the stomach. 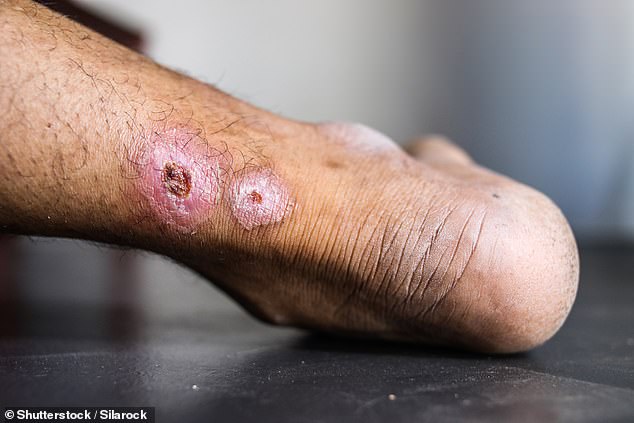 A leg ulcer usually starts as a small injury, which can be caused by rubbing, that breaks the skin allowing bacteria to get in, and infect underlying tissues

Some people cough as a side effect of medication, typically from a blood pressure medication called ACE inhibitors.

If you are on one of these medications and are struggling with a cough it is important you do not stop taking your tablets.

Instead, talk to your GP about switching to another medication type to see if the cough improves.

A chronic cough can be a symptom of heart problems, sometimes even heart failure, but typically the cough would be worse at night time, not the morning.

That doesn’t rule it out completely and investigations may be needed.

I had a small ulcer on my ankle about three years ago which healed fairly quickly, but it’s flared up again and turning red and hurting on contact. It doesn’t seem to be healing this time.

Could there be a foreign body in it or could it have been caused by a bite?

A leg ulcer usually starts as a small injury, which can be caused by rubbing, that breaks the skin allowing bacteria to get in, and infect underlying tissues.

In most people, such an injury will heal within a week or two. But when there is an underlying problem, the wound can worsen. This is what we call an ulcer.

Do you have a question for Dr Ellie Cannon?

If it grows and takes more than two weeks to heal, it is categorised as chronic.

The majority of leg ulcers are linked to problems with the circulation.

It’s important a specialist nurse or GP finds the underlying cause, as this can influence treatment.

The veins of the leg carry blood back from the feet and toes all the way to the heart, and in order to do this they have one-way valves preventing back flow.

When these valves are damaged, blood flows the wrong way leading to abnormal pressure – and skin damage – which allows ulcers to form.

Compression bandages are important to keep the pressure at a low level, even once the ulcer has healed, in order to prevent ulcers from recurring.

Elevation achieves the same thing, which is why patients may be told to raise the end of the bed at night to reduce the pressure.

Leg ulcers do result in inconvenient, depressing and ongoing treatments and can take a long time to heal.

It is vital that to be looked after by a practice nurse or district nursing team to get the best care.

My friend’s Test & Trace farce – have you been affected too? 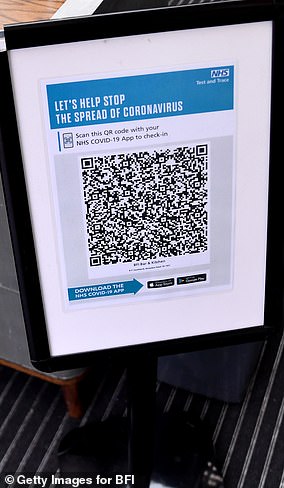 The Government’s track and trace system has faced criticism

Last week a friend of mine’s 17-year-old daughter tested positive for Covid-19, as did she and her two other children, aged 12 and 14.

Her eldest had a temperature and cough, but nothing too bad. The rest of them didn’t even really feel ill.

What happened next was tantamount to harassment: each member of the family was called multiple times, by Test and Trace – 30 separate phone calls in one morning.

Because they told the operator they’d been in contact with their own family, this meant each family member was ‘followed up’ by the contact tracing team, despite the fact they’re all in the same household.

My friend said she felt lucky Covid hadn’t hit her hard, otherwise she’d not have had the energy to cope with the bombardment of entirely pointless phone calls.

Meanwhile, we know that people are waiting up to ten days for test results and fewer than 60 per cent of contacts are reached.

Have you had similarly chaotic experiences? Please write or email, as I’d like to know.