I know the most dangerous time of the day to have a stroke.. a study reveals

A study issued by the American Heart Association revealed a certain time during which the infection increases by stroke By more than 80%, which is one of the most serious life-threatening medical conditions, and occurs when blood flow to a part of the brain is cut off, according to the Express website. 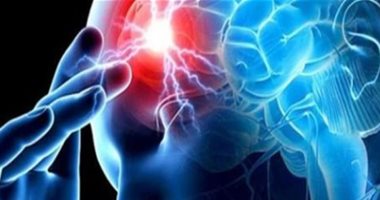 The researchers confirmed that a person is 80% more likely to have a stroke between 6 am and 12 pm compared to any time later in the day, as a stroke occurs when the blood supply to a person’s brain is blocked, which in turn prevents oxygen from reaching the brain tissue, so the faster The person receiving treatment for a stroke, the less potential harm.

The study identified some symptoms of stroke, which appear when walking and may be the first sign of injury, and the researchers explained why the injury occurs at this time, after conducting an analysis of thousands of stroke patients.

The researchers said there was a 49% increase in all types of stroke between 6 a.m. to noon, which is an 80% increase in risk for the other 18 hours of the day, while there was a 29% lower incidence rate between midnight and 6 p.m. morning, compared to the rest of the day.

The researchers added that the three types of stroke were significantly more severe during this time period, indicating a significantly higher risk of stroke in the morning.

The researchers showed some symptoms that indicate a stroke that you should pay attention to, such as facial weakness, arm weakness, and speech problems, while other symptoms include sudden weakness or numbness on one side of the body, including the legs, hands or feet, in addition to Sudden, severe headache.

The harvest of Mohamed Salah in the Champions League before the match between Liverpool and Milan.. Infographic