‘I should take his credit card away’: Economic hawk Rishi Sunak jokes about Boris Johnson’s spending


‘I should take his credit card away’: Economic hawk Rishi Sunak jokes about Boris Johnson’s desire to turn on the spending taps as he prepares to outline coronavirus economic plans

Rishi Sunak has joked that he should confiscate Boris Johnson‘s credit cards because he wants to spend too much money.

The Chancellor made the quip as he prepares to reveal how he plans to start balancing the UK’s books and recover from the pandemic in his spending review on Wednesday.

He hinted that taxes could rise in the spring and warned that the current levels of spending were unsustainable, in an interview with the Sunday Times.

The Chancellor is set to outline an £100 billion plan for long-term infrastructure investment and a £3 billion package of new spending to support the NHS in recovering from the pandemic.

But in the interview ahead of his spending review on Wednesday, he mentioned Rocky, an elf-on-the-shelf toy who comes out every December to make sure his two children are behaving.

Asked if he should get one to watch over the Prime Minister and fine him when he spends too much, he joked: ‘I like that idea. I should take his credit card away.’

Today, in an interview with Times Radio, he stressed: ‘The credit card thing was very much a joke. We have an incredibly close relationship’.

However, the two men are known to have clashed over the best way out of the coronavirus economic quagmire.

The PM has moved to over-rule his chancellor in recent days to plough more money into green economic projects and the military. 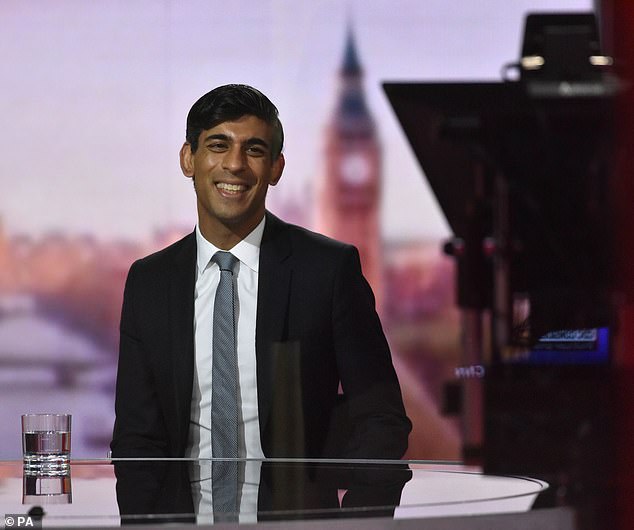 The Chancellor made the quip as he prepares to reveal how he plans to start balancing the UK’s books and recover from the pandemic. 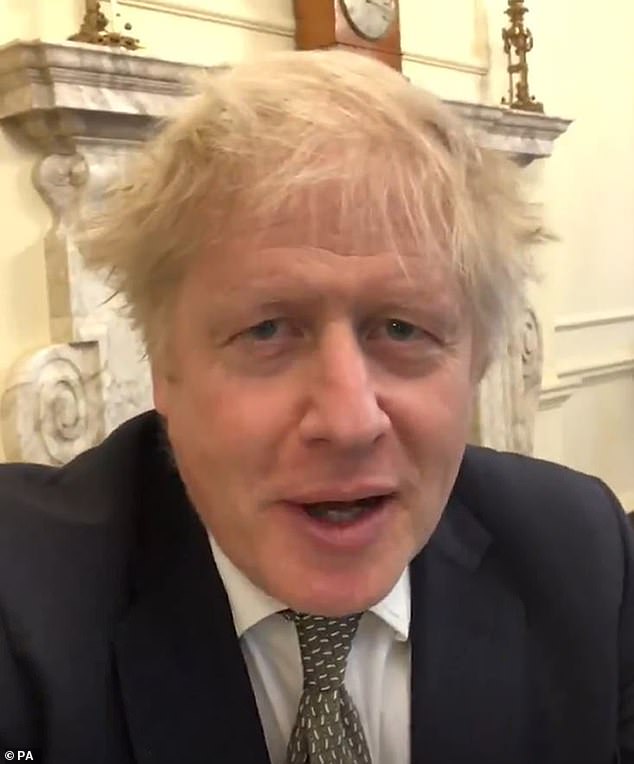 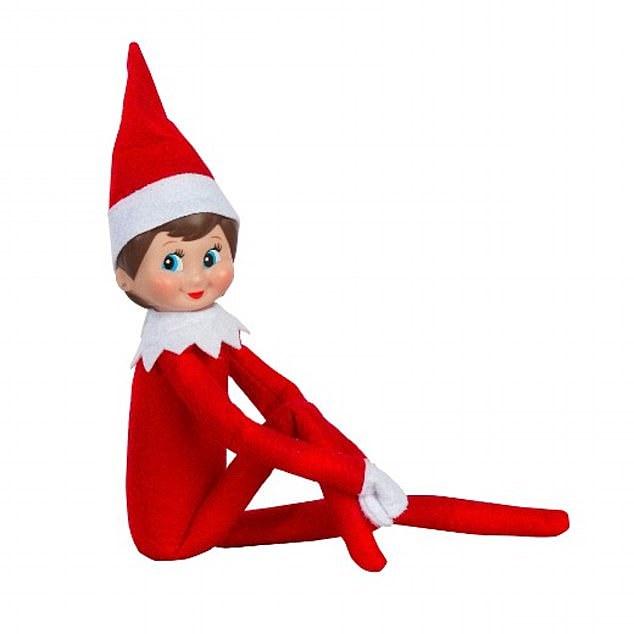 In an interview ahead of his spending review on Wednesday, he mentioned Rocky, an elf-on-the-shelf toy who comes out every December to make sure his two children are behaving

Mr Sunak has suggested he could impose a public sector pay freeze in his spending review, but insisted the nation will not see a return to austerity next week.

He is due to announce a multibillion pound plan to invest in long-term infrastructure projects and fund the fight against the coronavirus pandemic, on Wednesday.

Mr Sunak insisted it is not the time to impose tax hikes ‘in the fog of enormous economic uncertainty’, but he did not rule out capping the salaries of millions of public sector workers.

He has said some combination of spending cuts and tax rises are anticipated following the crisis but added it is a ‘question of timing’ while the economy is in difficulty.

It comes as Downing Street soared to a record borrowing high of £22.3billion last month, with the UK expected to hit £350billion for the year amid the pandemic.

The Institute for Fiscal Studies previously warned £40billion would need to be raised through taxes and spending cuts in order to pay back the cash.

Paul Johnson, director at the Institute for Fiscal Studies, said the amount borrowed during the pandemic was ‘the most ever outside of the first and second world wars’, but said more may still be needed in the coming years.

He told the Andrew Marr Show that the UK’s position would eventually become ‘unsustainable’ and that taxes would need to be raised, but that this would likely not happen in the short-term.

‘We’re probably looking into the middle years of the 2020s but we need a clear route to doing that,’ he said.

‘We don’t know at what point this becomes unsustainable but as and when it does, and if it does, the consequences really can become dreadful.

‘The big judgment, and it’s a terribly tough one, is when to start taking that action.’

‘I don’t think it’s right to scare people with the idea that this is going to happen immediately and I think it’s absolutely right the Government is clear it will do what it needs to do in the short run to support jobs and the economy.

‘Getting the message right is really important.’

Aldi raises the stakes as it launches its festive advert

Product Title: Merchandise Click here to get Products at discounted price while it's still available... All...