‘I was fighting medics but I had to finish’: Not even Covid-19 can stop the Marathon’s Ever Presents


There’s a lovely old chap named Ken Jones who has 39 stories to tell about the London Marathon. A good few involve pain and just about all of them make him laugh.

‘I have this one memory from 1998 when I slipped on a manhole cover two miles from the finish,’ he says.

‘I cut my eye badly and I was unconscious. They were trying to get me in an ambulance and I was there, fighting my way free of them to carry on running, blood running down my face. 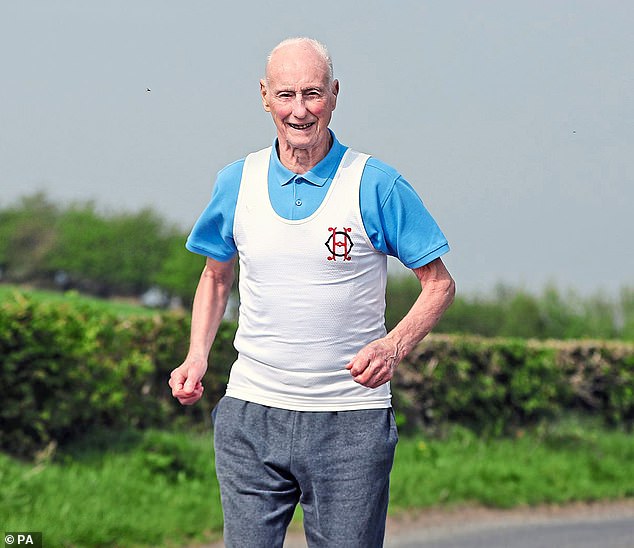 Ken Jones, 87, is among the London Marathon runners the organisers call the Ever Presents 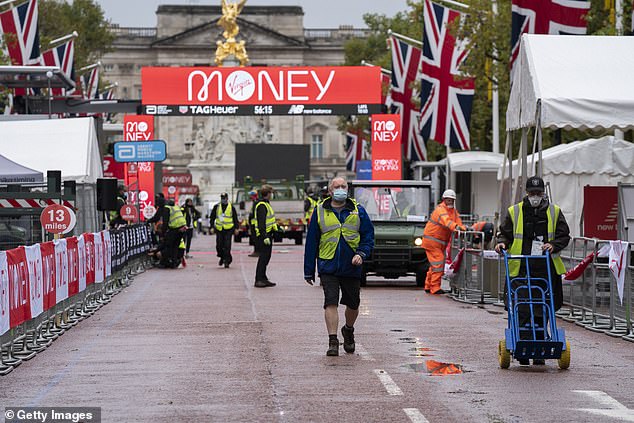 The race will have a different look in 2020 but would-be participants are still doing 26.2 miles

‘A few other runners helped me get to that line – there’s a lovely spirit about the marathon. And you always want to get to the finish.’

Ken loves telling his tales. He’s 87 now, and he’ll be out on a string of country lanes near Londonderry on Sunday, running for however long it takes to cover off the 26.2miles. He used to do six-minute splits back in the day and he still reckons he can get there in under six hours.

But he knows for sure that he won’t stop until he’s done it, because that is what he is like. It is what they are all like, that group the organisers of the marathon call the Ever Presents.

They are the 10 pillars of reassurance in this 40th edition of a great race that is otherwise characterised by sad change. No mass of humanity limping through the capital, no 750,000 fans blowing them towards The Mall, no air of spring on an April morning.

But, quite marvellously, there is still a race. Not as we know it, but incredibly there will be 42,283 runners in 109 countries, which is a testament to just how strong the London Marathon has become since its birth in 1981. 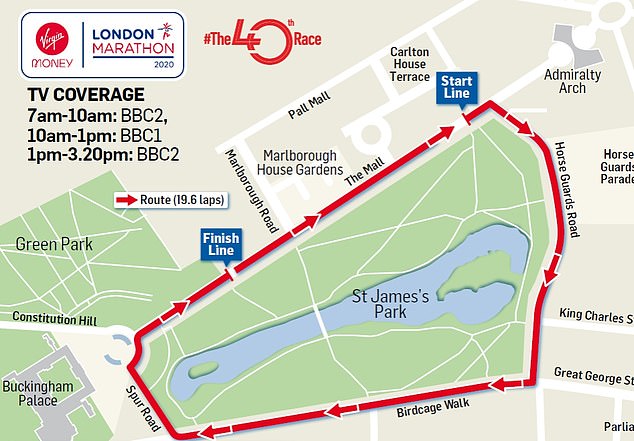 Which takes us back to the old boys who finished each of those races from the first until the last and who, on Sunday, will run the distance wherever they can, from country roads in Northern Ireland to the Top Gear track in Surrey.

To quote Mike Peace: ‘The Ever Presents is perhaps the only club you can leave but you can’t join. Some people say that the only way they will leave is in a coffin; others that they would have to have no legs and be in a wheelchair to stop the sequence.’

Stopping has never been an option for these gents. They all have a story of suffering – be it Macey running on a torn cruciate in 2014 or Speake enduring norovirus in 2005 – ‘Goodness, I must have vomited a gallon after that race,’ he says.

For good measure, he also ran in 1993, just a month after coming out of plaster following a broken leg. ‘You just want to keep the streak going,’ he adds. 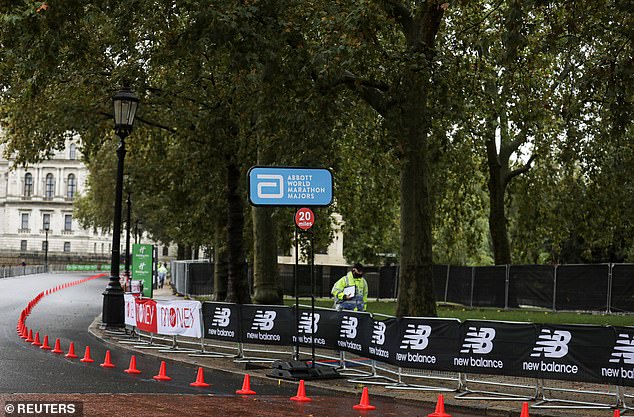 Some go quicker than others these days, but then again, they always did. Jeffrey Aston was a 2:29.34 man at his best in 1983 and recalls ‘getting close to catching the group of the great Grete Waitz’ that year.

Chris Finill, a former international ultra-runner for Britain, managed to run 33 consecutive London Marathons between 1981 and 2013 in under three hours, a world record for a marathon on the same course. He also crept under three hours last year and might again; Speake by contrast would be happy to get under seven and a half hours.

As a group, these guys have seen the rise of a race featuring fewer than 7,000 people to one that has become one of the great sporting events in the world. If there is a sadness, it is over the inevitable – in 1995, when the group was first acknowledged, there were 42 of them. Now they are 10. 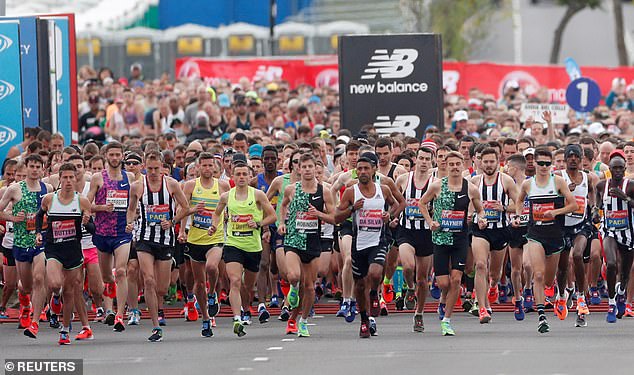 Charles Cousins has already decided this will be his last. ‘At first as people dropped out I didn’t mind, as it made it more of exclusive, but now it is very sad,’ he says.

‘The last two guys that dropped out, I hung back with them at the start line.

They wanted to be a Did Not Finish rather than a Did Not Start so I organised a few of the Ever Presents to walk with them until they came off the course to say goodbye to them and give them a hug. There is a very strong bond between us.’

And a unique place in history.

John Sinclair: The Dumfries lottery winner who died the next day

Brazil records about 1,000 new deaths from the Corona virus within 24 hours