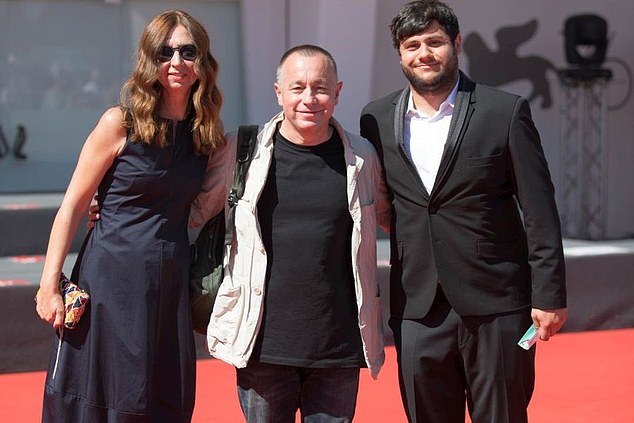 
There are times when comment – launching pronouncements on this or that – is just not enough. Like the moment when the closing credits roll on the new film which eclipses perhaps any other about the work of journalists.

In some ways, the quotidian lives of the three reporters ‘Collecive’ follows – Catalin Tolontan, Mirela Neag and Razvan Lutac – are familiar to so many of us who do this job. They work for Gazeta Sporturilor, a daily sports paper in Romania, so the rivalry of Steaua and Dynamo Bucarest features prominently. Speak well of one team and the other’s fans will generally abuse you. And vice versa. The ‘notifications’ just don’t bear looking at some weeks.

But the general vilification which comes with now being so reachable – and attackable – also made them immune to the abuse and veiled warnings from Romania’s political class, when they began investigating and questioning the way that public money supposedly destined for Romanian sport began vanishing in plain sight.

‘If you are familiar with so much hostility from fans, then it is a huge advantage,’ Tolontan tells me, peering into the screen on a Zoom call from Bucharest. ‘No-one, not government, not the mob, is more hostile than football fans. One or the other group is always hating you. It’s the game. The key is to resist the temptation to please the public. And when you learn this, it is very helpful in the investigative fields.’ They did resist. Their work saw the minister convicted and Popescu jailed.

When a fire broke out in 2015 at a crowded Bucharest nightclub, Collectiv, leaving 27 dead and 180 injured, Tolontan and his team began again – and initially, that was not so incongruous. The victims included the son of legendary Romanian fencer Ana Pascu. Bucharest’s national football stadium, a venue for Euro 2020, lacked full fire certification. But then more substantial questions about the state’s response to the fire began cropping up and it became impossible for these sports people to compartmentalise.

Romanian film director Alexander Nanau was surprised by how reporters more accustomed to writing about football were suddenly asking difficult questions. Why was Bucharest’s so-called specialized burn unit unequipped to handle burn victims? Why were there no fire exits in the nightclub? Why had the authorities refused to transport many of the most critical victims to hospitals in other countries?

Nanau began following them, little imagining that the ensuing documentary film, ‘Collective’, would depict a scale of state corruption so devastating that the three worry on camera about whether readers will actually believe them. ‘It’s so mind-blowing, I’m afraid we will look crazy,’ Neag tells one editorial meeting.

Tolontan was sat at his desk at 9am one weekday morning – ‘it’s the quiet time, when nothing happens’, he tells me – when a particularly fateful email dropped into his inbox. It told him that a supplier had been routinely diluting the required amount of disinfectants in the products used in hundreds of Romanian hospitals. This meant bacteria were found thriving in surgical sterilisation tanks. Tolontan was not the only journalist to receive the email. But he was the only one to respond to it.

There was none of that journalistic process when one testimony begets another and the process actually becomes a walk in the park. The claim proved accurate but needed double sourcing.

Desperate to make the scandal go away, Romania’s health ministry claimed they’d tested the disinfectants and found them 95 per effective. There were cold calls, door-knocks, blind alleys – and after three months, a second source materialised. As if the fire weren’t bad enough, parents were watching their children with agonizing injuries die from preventable infections. When the story ran, people took to the streets in protest.

The front page of Gazeta Sporturilor, carrying the names of those killed after a fire broke out in 2015 at a crowded Bucharest nightclub

There have been fine films before about small and indefatigable clusters of reporters. The Boston Globe team uncovering systemic abuse of children by Catholic priests in ‘Spotlight’. Woodward and Bernstein in ‘All the President’s Men’. But the observational, unfolding account in ‘Collective’ is more vivid than any of them. The journalists are its stars. It is a film documentary for our times, which will resonate in all places where government officials blatantly lie to mask incompetence. And in all those places where reporters – those who inquire, dig and are not afraid to pick up the phone – have been considered disposable commodities. Many are being made redundant at the moment.

The story did not put on sales for Gazeta Sporturilor in the way that a Steaua Bucharest win might do. Daily sales are still around 25,000. And there were anxieties. ‘We feared making mistakes,’ says Tolontan. ‘One mistake gives them credibility and undermines you. That kills you.’ But with quiet persistent and patience, these people prevailed – and to watch them as they do makes your heart soar. There are times when comment is just not enough.

Collective is released on digital platforms on 20 November

ECB should look to Mike Brearley

Mike Brearley, England captain in that dreamy summer of ’81 – Botham, Willis, Headingley, the Ashes – was a shrewd and profound contributor last Sunday lunchtime to Radio 3’s Private Passions, an excellent programme every week of the year.

He drew on the wisdom of his years as a psychoanalyst when he asked if the size of the support staff around some cricket teams might actually be bigger than is necessary.

And when he related how Willis, down on himself and utterly lacking belief before that ’81 Headingley Test, was talked into a performance for the ages. Mental health is no less of a problem then than now. The ECB could use Mike Brearley.

F1 is an enlightened sport…

How satisfying for F1 to bask in the self-reflected glory created by Lewis Hamilton surpassing Michael Schumacher’s record and then speaking so eloquently about diversity and tolerance.

That’s the same F1 which will next year take their sport to a new Grand Prix venue in Saudi Arabia, a country of misogyny and casual brutality.

A country where those who transgress his codes of Crown Prince Mohammed bin Salman’s regime know that they risk a fate like Jamal Khashoggi, the Saudi journalist and dissident who was seized, murdered and dismembered with a bone-saw at his country’s consulate in Istanbul just over two year ago. An enlightened sport, F1.

F1 will next year be staged in Saudi Arabia, a country of misogyny and casual brutality