IAN LADYMAN: Here’s hoping the Champions League final between Chelsea and Man City is a classic!


Three of the last four Champions League finals have featured an English team but before the congratulations begin, it is worth remembering just how bad the most recent one was.

Liverpool’s victory over Tottenham in a Madrid furnace two years ago was a great night for the club but a dreadful game. Both teams, it seemed, had played their best football in stunning comeback semi-final wins over Barcelona and Ajax.

In the milder climate of northern Portugal, we hope for something rather better. 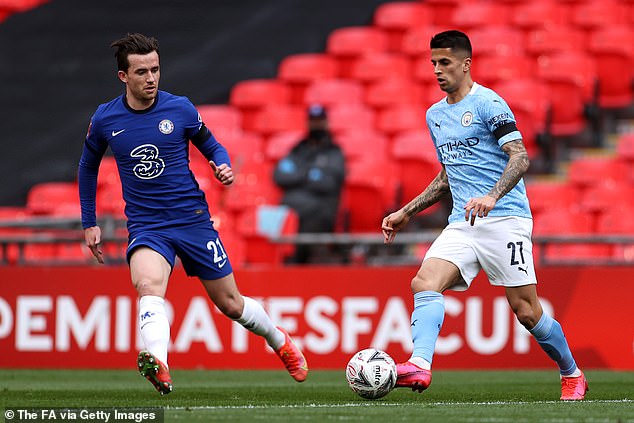 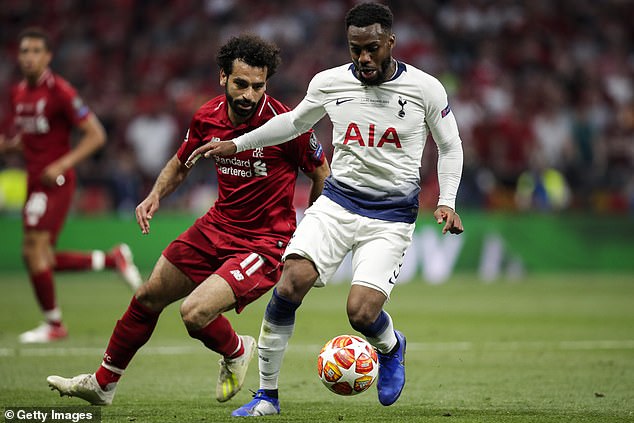 A three-week end-of-season break prefaced that game two years ago. By the time Jurgen Klopp and Mauricio Pochettino dragged their players to the start line, minds and bodies seemed to be elsewhere.

That should not be the case on Saturday night. Chelsea are fuelled by the disappointment of their FA Cup defeat by Leicester while City are looking to achieve something new and significant.

On Friday night, at the splendid Estadio do Dragao, City manager Pep Guardiola said: ‘I don’t know what happened in the Tottenham and Liverpool game but we are going to try to do our best game possible and to do what we’ve been doing together for many years. To achieve the final of the Champions League is like finishing a part of a process that started four or five years ago. 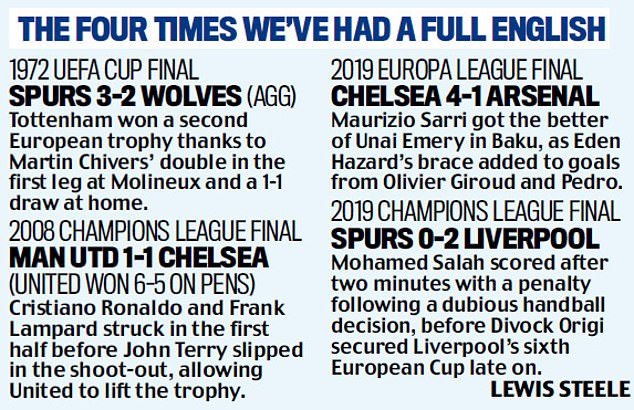 ‘We are so grateful and privileged. The players will be ready, I am sure, and I am pretty sure it will be a good game and the team who deserves to win, will win.’

Saturday night’s game is intriguing. By rights, City should win. They finished the Premier League season 19 points ahead of Chelsea. When Chelsea manager Thomas Tuchel described them as the ‘best team in Europe, probably the world’ on Friday, it didn’t sound like a stretch.

But the twist is provided by recent results between the clubs. In the back half of last season, on Tuchel’s watch, Chelsea beat City in the league at the Etihad and also knocked them out of the FA Cup. 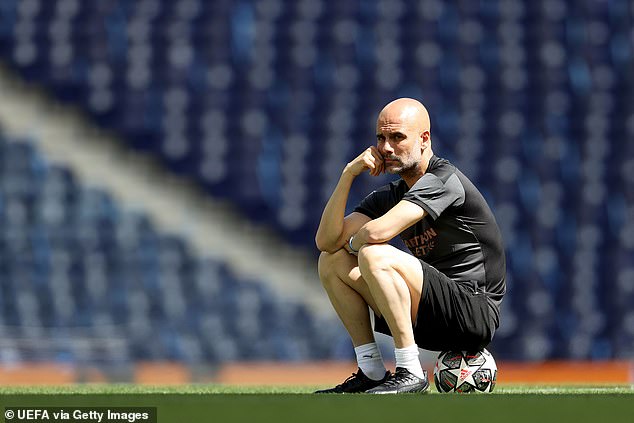 Such things breed confidence, not a feeling the likeable Tuchel is short of at the best of times. If his team are to run City close, they are likely to be on the front foot in doing so.

‘The coaches need to get this right,’ he said, less than a fortnight after he got it quite wrong at Wembley against Leicester. 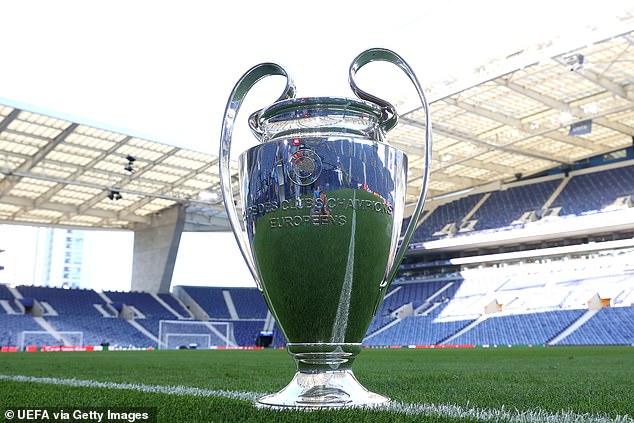 Saturday’s game will be strewn with exceptional talent — happily much of it English. Chelsea will select Mason Mount, Reece James and Ben Chilwell while City will include Phil Foden, Kyle Walker, John Stones and, maybe off the bench, Raheem Sterling.

City’s Brazilian captain Fernandinho talked on Friday night about the progress made by Foden recently.

‘I am not surprised by it,’ he said. ‘He has trained with us for four or five years. The quality he has is hard to find in other players and the desire is there, too. He has grown up so much in this competition this season.’

We hope Gareth Southgate’s team will showcase the progress made by English players in next month’s European Championship. Some of it may be on display on Saturday night also. 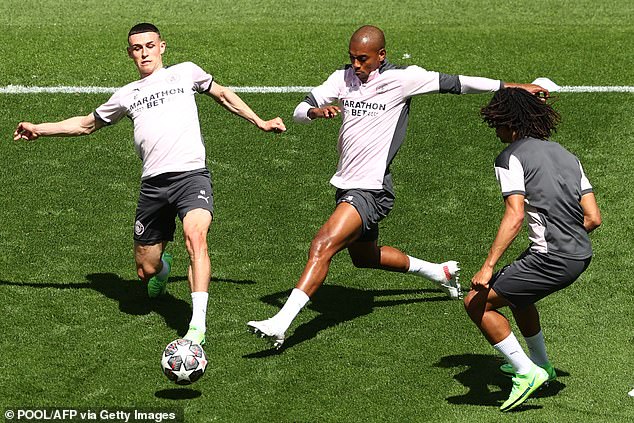 It is not long ago that Europe still looked upon the Premier League as the home of the long ball — an environment in which muscle would always prevail.

It is slowly changing and the perception of English footballers is changing, too. Nights like this one do not harm that progress.

Tuchel — previously employed in France and his native Germany — said: ‘We have a lot of young English talent in the Bundesliga so I have been well aware of all that quality and that does not change when you work here.

‘I’m glad to have these (English) players. They are, at the moment, in the toughest league in Europe. That shapes their attitude. 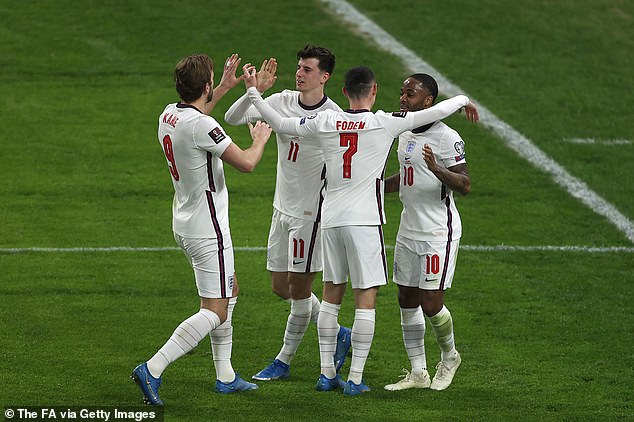 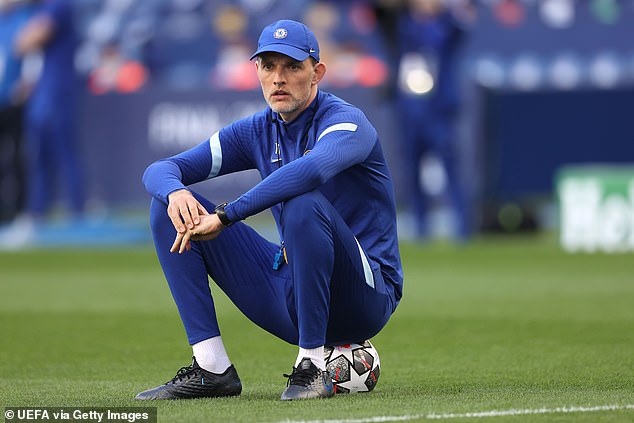 ‘Our club has a strong work ethic and it sharpens their mentality. That’s very good and from thereon we rely on them and trust them. They are a big part of our squad.’

City’s arrival in this final feels like an end point of a journey that began a decade ago with this in mind.

Chelsea’s feels different. It is worth remembering that this team was actually guided through the Champions League group stages earlier in the season by a different manager, Frank Lampard.

But the game is all the more fascinating because of all that. Logic does say that City should win comfortably. It is highly unlikely to be that straightforward.

Should University of Michigan distance itself from Bo Schembechler? Is it even possible?

Johnny Ruffo says he will fight 'tooth and nail' to beat brain cancer a second time,...