IAN LADYMAN: Stop sniping at Brendan Rodgers… it is pleasing to see him smashing glass ceilings with Leicester, he deserves more respect

‘I was asked how it felt to have outdone the master tacticians Marcelo Bielsa, Pep Guardiola and Mikel Arteta this season,’ said the Leicester manager with a smile on Friday.

‘With all due respect, Mikel has been a manager at Arsenal for less than one year. I have been coaching for nearly 25 years. But listen, you only ever want respect for your work and I am sure that will come if you can work well.’ 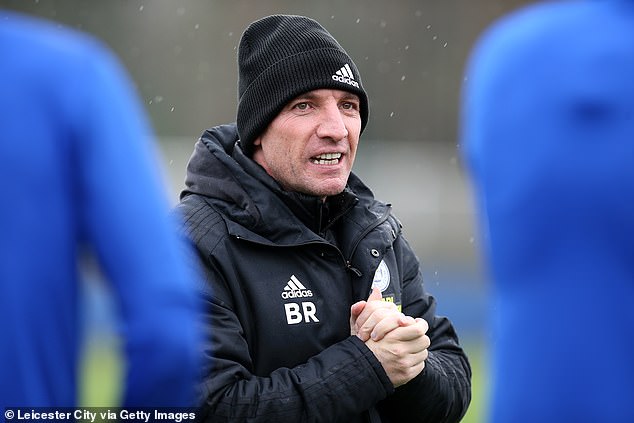 Rodgers was talking on Friday in terms of respect for British coaches. But the way the 47-year-old is perceived in the game is interesting in the wider context, too. On Sunday he takes his team to champions Liverpool as Premier League leaders.

Last season Rodgers guided Leicester into the European places and he won multiple trophies at Celtic. Still, though, people talk about his time at Liverpool and 2013-14 when he almost led them to the title. He was asked on Friday if a time will ever come when people associate him with other achievements.

‘Probably never,’ he answered. ‘That’s how it goes. It is eight years since I went in there and I like to think I have evolved a lot as a manager. I was 39 when I went in. It’s something always attached to me and I am not sure it will ever change. You just look to get on with your work, improve as a coach, improve the clubs you are at and the players.’

What if Leicester won the Premier League under Rodgers? Surely that would shift the focus? ‘Maybe but I would probably have the Jamie Vardy tag then,’ he said. ‘I only did it because of Jamie (is what people would say).’

That reference, delivered wryly, was a reference to those who seek to deride Rodgers’ achievements at Anfield by saying the Northern Irishman only moved Liverpool forwards by clinging to the coattails of Luis Suarez.

That narrative is as silly as it is disrespectful, but Rodgers is right. It is out there. 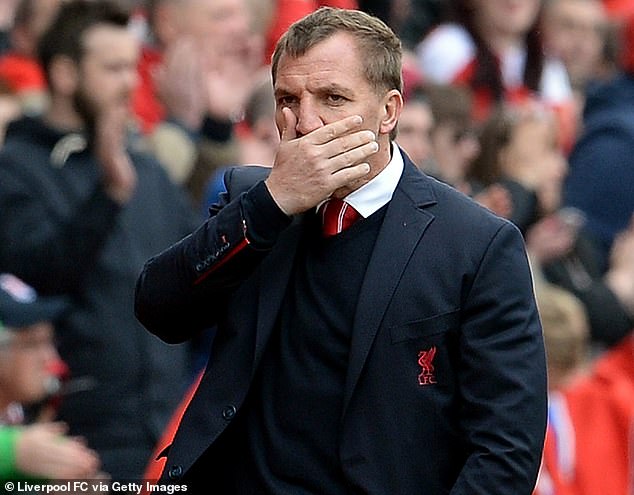 Still, people talk about his time at Liverpool and 2013-14 when he almost led them to the title

Which is why it is pleasing to see him smashing glass ceilings with his current club.

Leicester have overachieved once already, of course, by winning the title under Claudio Ranieri in 2016. But the club had fallen again and Rodgers has moved them upwards once more since taking over in February 2019.

Asked if he returned to England with a point to prove, he said: ‘That’s what I have always felt. The game is constantly evolving and as a manager I have always had that. 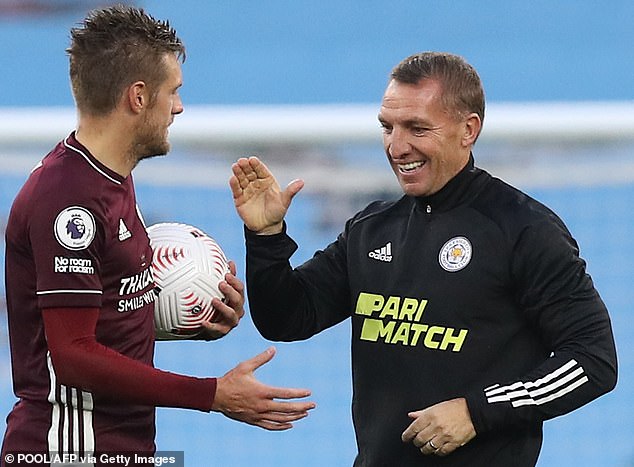 What if Leicester won the Premier League under Rodgers? Surely that would shift the focus? ‘Maybe but I would probably have the Jamie Vardy tag then,’ he said

‘I was excited by the challenge. Could I take a club into the top six? There was a so-called big six and the trends showed you the gap was increasing.

‘The only team to get in there was Leicester five years ago. So it was a huge challenge but I felt we could create something that would allow us to disrupt the market and last season we were able to do that. With experience, you worry less about whether people like you.

‘The people who are judging you are actually people who don’t really know you. So you ask to be judged on your football and since I have come to Leicester I think we have done OK.’

Leicester’s aggregate score in those wins at Leeds, Manchester City and Arsenal this season is 10-3. A scalp at Anfield would overshadow even that statistic.