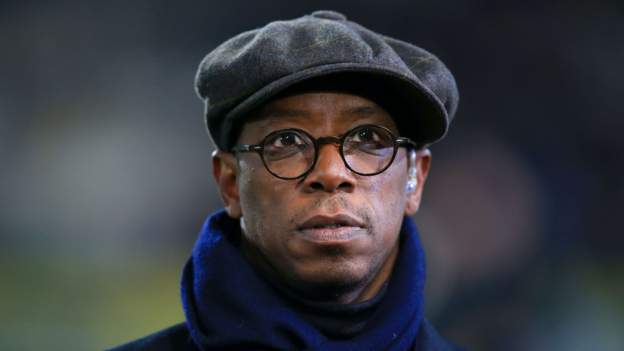 Former Arsenal and England striker Ian Wright says he is “embarrassed” by the abuse faced by female football pundits.

Female pundits including former England players Alex Scott and Karen Carney have received sexist abuse on social media because of their roles.

However, fellow Match of the Day pundit Wright says he has had to “up his game” because of how prepared his female colleagues are.

Speaking to the Game Changers podcast, he added: “I feel for them because they’ve got no wiggle room. When they’re on the television, if they say anything wrong they’re taken to the cleaners. People want them cancelled and it’s unfair.

“When women come on, they know that they are under amazing pressure because people are looking to find fault with anything they say. So they’re very, very prepared.”

In January, Carney – who in 2019 became the first female co-commentator on the men’s game on BBC Radio 5 Live – deleted her Twitter account, three days after a tweet by Leeds United questioning her comments as a pundit led to online abuse

In 2019, Scott said she receives sexist abuse “every single day” on social media because of her role, while she received further abuse in 2020 when she was linked with replacing Sue Barker as presenter of A Question of Sport.

But Wright says female pundits such as Carney and Scott “deserve” their roles.

“I was on with Lianne Sanderson the other day, it was a joy. She knows so much,” he said.

“They’ve made me up my game. When you listen to what they say, they make you have to research more, and that’s what it’s about.