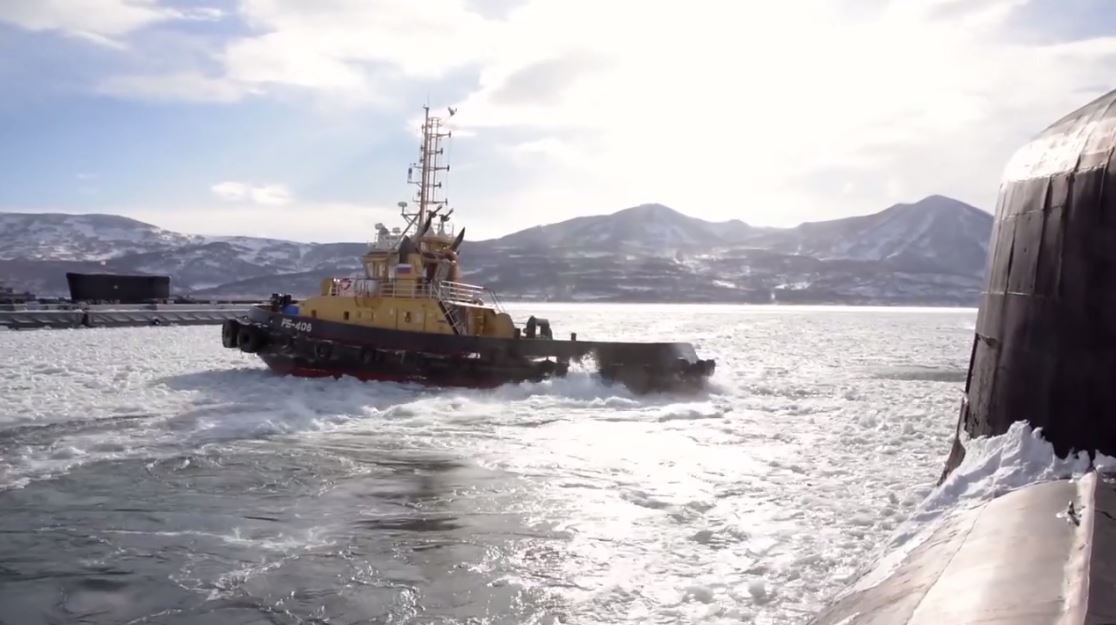 The Russian Ministry of Defense has released a video showing the ice-breaking operations at the Russian Pacific Fleet nuclear submarine station in Kamchatka, in the far east of the country.

The ministry’s statement stated that the frost caused the accumulation of ice in the region’s ports, affecting the safety of navigation there. The ships cut the ice over an area of ​​more than 40 square kilometers, and the thickness of the ice reached 60 cm.

Due to a dispute over the climate crisis, the French "Total" withdraws from the American Petroleum Institute