‘If he walked on water, they’d say he couldn’t swim’: Boris Johnson ally Conor Burns likens PM to JESUS as he turns on Tories on the warpath over Partygate saying some have ‘never really supported’ the party leader

One of Boris Johnson’s closest allies has lashed out at fellow Conservative MPs for declining to support the Prime Minister – who he claimed would fail to win the backing of all Tories even if he could ‘walk on water’.

Northern Ireland minister Conor Burns insisted there were a number of Tory MPs who had ‘never really supported’ Mr Johnson as Conservative leader or PM.

He spoke out after the latest developments in the Partygate scandal saw Mr Johnson – who has been slapped with a £50 police fine over a Covid rule breach – lose further support among Tory ranks.

The PM is now facing a third investigation into Coronavirus law-breaking in Downing Street, following the ongoing Metropolitan Police probe and an inquiry by senior civil servant Sue Gray.

MPs yesterday approved an new investigation by the Commons’ Privileges Committee into allegations Mr Johnson misled the House with his past denials of lockdown breaches in Number 10.

The Commons ruled that the PM’s past statements ‘appear to amount to misleading the House’ as they approved the fresh probe.

Mr Baker told MailOnline it would now be up to Cabinet ministers to tell the PM ‘it’s over’. 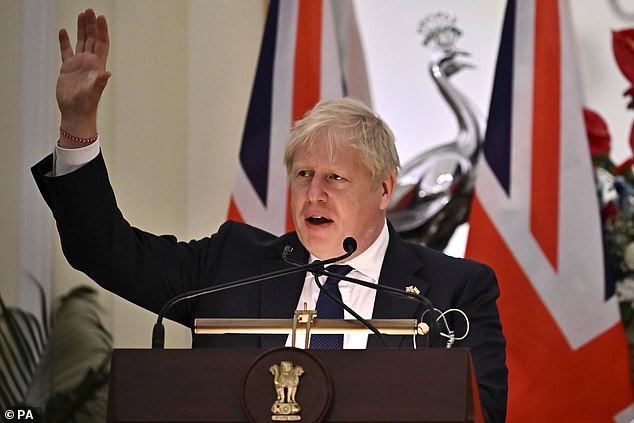 The PM is now facing a third investigation into Coronavirus law-breaking in Downing Street, following the ongoing Metropolitan Police probe and an inquiry by senior civil servant Sue Gray 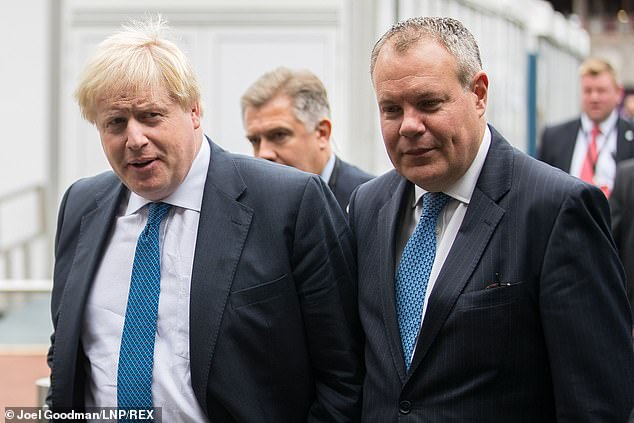 The current discontent within the Conservative Party was further on display today.

Another senior backbencher, Tobias Ellwood – who has been a frequent critic of the PM over Partygate – said there had been a ‘huge breach of trust’ with the public.

He predicted there will be a ‘steady trickle’ of letters from Tory MPs to Sir Graham Brady, the chairman of the backbench 1922 Committee, calling for a leadership contest.

Mr Ellwood, the chair of the Commons’ Defence Committee, called on Conservatives to ‘stop drinking the Kool-Aid that’s encouraging us to think this (Partygate) is all going to disappear and that we can all move on’.

He told Sky News: ‘I’m afraid the absence of discipline, of focus and leadership in Number 10 during that lockdown period has led to a huge breach of trust with the British people.

‘So it’s beholden upon all Conservative MPs then to take matters into their own hands, and I think this is where things will go, particularly as we have more bad news to follow.’

However, the continued agitation for a leadership contest brought an angry retort from Mr Burns, who insisted there was ‘no question’ of Mr Johnson stepping down.

‘There are a number of colleagues across Parliament who have never really supported the Prime Minister,’ he told the BBC Radio 4 Today programme.

‘If the Prime Minister stepped off Westminster Bridge and walked on top of the water they would say he couldn’t swim. That is a fact.

‘The reality is that it is only two years ago since we won a majority of 80 seats, the biggest majority since Margaret Thatcher in 1987.

‘What the Prime Minister is saying is ‘I led you to that victory, I have got business I want to do’.’

Mr Burns, who did a series of TV and radio interviews in support of the PM this morning, said he does not believe Mr Johnson had lied to MPs about Partygate.

‘There is no question of the Prime Minister going,’ he told Sky News.

‘He remains confident that when people can see the full context of what happened it will be clear that he was straightforward, he said to the House in good faith that he believed the rules were followed.’

Mr Johnson was fined by the Met Police over his 56th birthday bash in Number 10 in June 2020.

In a previous defence of the PM, Mr Burns claimed earlier this year that the PM was ‘ambushed with a cake’ at the gathering.

NBA: LeBron James and the Lakers, the ones that sell the most jerseys in the NBA