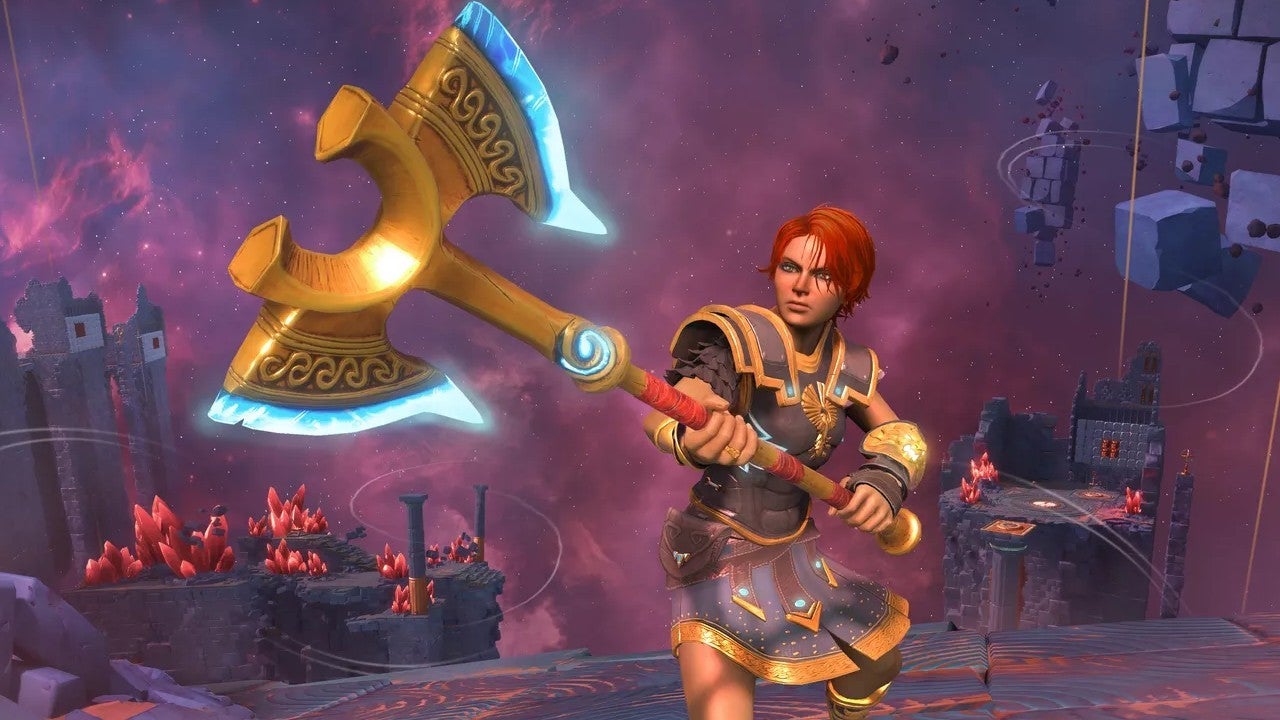 The IGN First for September is Immortals Fenyx Rising, and throughout the month we’ve published a heap of new and exclusive gameplay details, footage, and interviews. It’s the most in-depth look at the game we’ve had so far, and if you’re curious about Ubisoft Quebec’s new mythical open-world, there’s no better place to learn about it than here.

Read on to check out all of our IGN First coverage of Immortals Fenyx Rising, which will prepare you ahead of its launch on both current and next-generation consoles, as well as PC, Stadia, and Nintendo Switch, this December.

Immortals Fenyx Rising is the game formerly known as Gods & Monsters, which Ubisoft first announced at E3 2019. Originally set to be released in February 2020, it was delayed for several months, and in that time it has become Immortals Fenyx Rising. We chatted to game director Scott Phillips to learn more about how the Assassin’s Creed Odyssey team took their love of Greek mythology and turned it into this new game, and why the name changed along the way.

Inside the Vaults of Tartaros

The world of Immortals Fenyx Rising is littered with puzzles. Many of these are hidden beneath the surface of the land, in pockets of the Greek underworld known as the Vaults of Tartaros. We spoke to associate game director Julien Galloudec to learn about how the team was influenced by Zelda, World of Goo, and Portal while making these puzzle dungeons.

A Tour of the Golden Isle

The world of Immortals is known as the Golden Isle, and is split into seven regions, each dedicated to one of the gods of the Greek pantheon. Game director Scott Phillips and art director Thierry Dansereau gave us some insight into how the team designed and built these areas, and what players can expect to do in them, as part of a tour of the Golden Isle.

While Fenyx is Immortals’ main character, they’re not the one who’ll be doing the most talking in the game. That honour belongs to Zeus and Prometheus, a bickering odd couple who commentate your gameplay like godly shoutcasters. We spoke to narrative director Jeffrey Yohalemto learn more about the game’s narrators, and how they bring comedy to the story.

Fenyx’s enemies are all pulled from the ancient Greek myths. You can expect to see plenty of harpies, gorgons, and minotaurs on your travels around the Golden Isle. To learn more, we spoke to game director Scott Phillips and art director Thierry Dansereau about how the creatures were adapted from the myths, and what kind of gameplay challenges they pose players.

When Immortals Fenyx Rising was re-revealed with its new name at Ubisoft Forward, we were able to bring you a hands-on preview of The Forgelands region of its open world. But, as part of IGN First, we’ve also been able to play an exclusive section of the game that no other press outlet has been able to try. You can learn about what we played in the Aphrodite zone of the Golden Isle in our exclusive hands-on preview.

Coronavirus: PM says impact of tighter rules ‘will take time’ and a marathon with a difference

Coronavirus: PM says impact of tighter rules 'will take time' and a marathon with a difference