Immunology Consultant: The occupancy rate in American hospitals is 100% and the beds are placed in garages 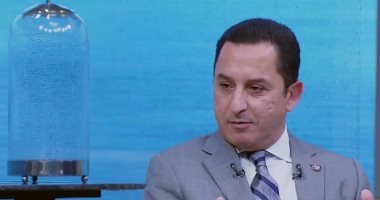 Ashraf El-Feki, a consultant immunologist in Washington, said that the number of infections in America has exceeded 16 million, and the number of injuries has exceeded 200 thousand cases per day, and it is good news that two vaccines have been approved in the recent period.

He added, during a telephone conversation with the media, Syed Ali, at the beginning of the first wave, we saw the number of injuries in young people increasing, and death rates did not increase like infection rates, and in recent days the number of deaths increased with the increase in the number of injuries, and the occupancy rate in hospitals in some deaths reached 100. %, And hospitals were forced to set up beds in garages, and vitamins are not drugs, but they do not harm and their usefulness or not in prevention and treatment is not certain, while they raise immunity and we recommend it either through food or vitamins and not for corona, but in all diseases, zinc is not a vitamin But it is salts and any source, whether through pills or food, supports the immune system in general, and the boxes in which the medicines are sold are not under the authority of food safety.