A hurried truck driver barrelled down a main road at well over the speed limit before smashing into a McDonald’s drive through and crushing two women.

Sourab Bisht, 24, was behind the wheel of a flatbed truck loaded with steel when he lost control in November 2018.

Horrifying dashcam footage shows the truck speeding along the road in Mount Ousley road near Wollongong, and overtaking a gas tanker.

The truck is later seen hurtling through an intersection and into the Fairy Meadows McDonalds carpark, colliding with a fire hydrant and three parked cars. 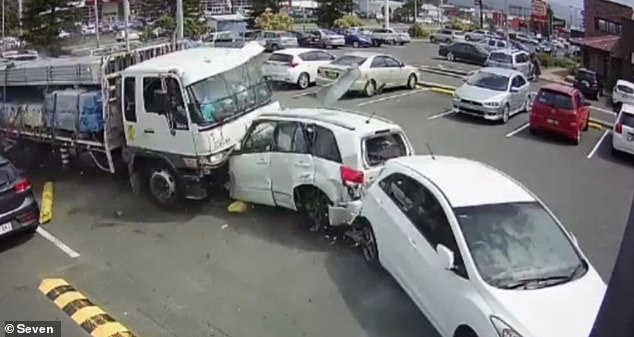 The truck is later seen hurtling through an intersection and into the Fairy Meadows McDonalds carpark, colliding with a fire hydrant and three parked cars

The 24-year-old, who wrecked several vehicles and badly injured two women was simply in a rush to get to his destination, the court heard on Wednesday.

One of the women suffered nine fractured ribs among other injuries, while the other had a gash across her head and severe bruising.

Mr Bisht failed to obey several warning signs to slow down and use a lower gear on an upcoming descent.

‘If he had kept it left at all times and in low gear, this disaster would not have occurred,’ District Court Judge Gregory Woods QC told the court.

‘He had a duty to use the emergency ramp. He should have attempted to do so.’

Mr Bisht was convicted of dangerous and negligent driving and causing bodily harm after the court rejected his claim the brakes failed. 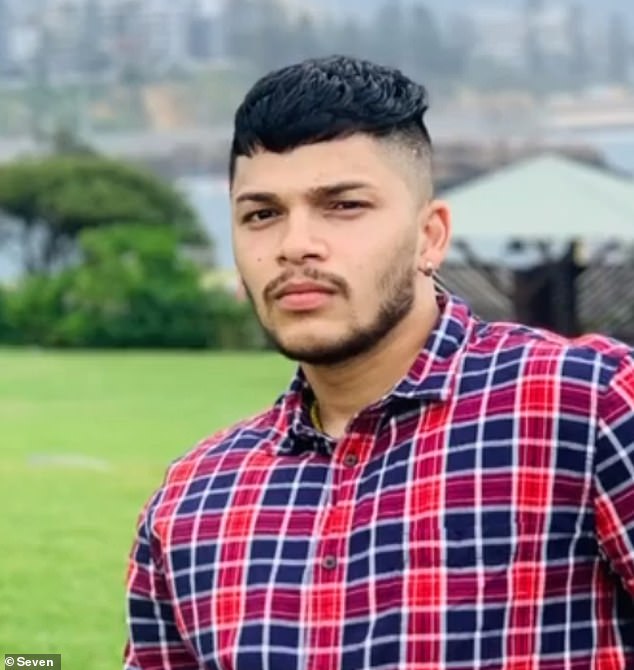 Sourab Bisht, 24, (pictured) was behind the wheel of the flatbed truck, which was loaded with steel at the time, when he lost control back in November 2018

The Roads and Maritime Service provided evidence in court that found the truck’s brakes were defective but still operational, the ABC reported.

He was ordered to serve 15 months jail in the community as a corrections order, and was unsuccessful in appealing that decision in a higher court.

Judge Gregory Woods recognised Bisht wasn’t under the influence of drugs or alcohol at the time of the crash.

His good character meant he would not serve time in jail.

His original intensive corrections order will remain in place as his actions were considered extremely reckless and could have caused multiple deaths.

'Mistress' is CANCELED: AP Stylebook bans use of the term since it 'implies woman is to blame'