Not only was the “Camp Nou” a stadium filled with plastic seats that bears the cheers of millions, whether they were inside or outside the stadium, it is a name that we can describe as “the luxury of the name is enough” or the great Catalan edifice, as it has always witnessed dreams and ambitions, joys and sorrows. The only common factor is the complete football fun.

64 years is the age of the stadium that witnessed the birth of one of the greatest talents to come in the history of football.

The Spanish club Barcelona, ​​through its official account on the “Instagram” website, celebrated the 64th anniversary of the establishment of the Camp Nou stadium, the stadium of the Spanish team in the Catalan city.

And the official account of Barcelona Club, via the “Instagram” website, published two pictures of the “Camp Nou” stadium, and commented on them: “Today, the Camp Nou, its 64th year, is completed.” 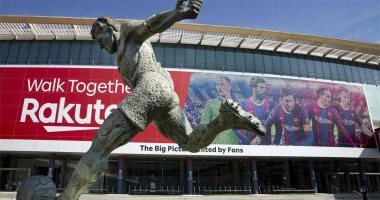 Despite the celebration of “Camp Nou”, Barcelona fans live in a state of sadness and anxiety because of the level of the team during the recent period, under the leadership of Ronald Koeman, as Barca became a toothless team after the departure of Argentine star Lionel Messi before the start of the current season and the transition to play in the league. The Frenchman through the Paris Saint-Germain gate.

The question that dominates all Barcelona fans now: Did the candles of nights at Camp Nou go out after Messi’s departure?

Actually, on the ground, it seems that the nights of people at the Camp Nou are no longer the same as they were with Messi and before he came as well, after the technical level that the team appeared on after the departure of the flea to enter into the cycle of searching for a technical director to succeed Ronald Koeman, who turned off the lights of Camp Nou since his arrival Specifically, after finishing last season in third place in the league table, that championship beloved by the people of Catalonia

Lionel Messi’s career officially began with Camp Nou in 2004, and he played with the team 778 games, scoring 672 goals and making 305 goals, and he is the historical scorer for Barca and the most participating player in the club’s history. Messi is also the historical top scorer for the Spanish League “La Liga” with 474 goals .

Lionel Messi scored his first official goal with Barcelona against Albacete in the Spanish League at the Camp Nou in the 2004-2005 season.

Messi won many titles with Barcelona, ​​including the Spanish League title 10 times, and the European Champions League 4 times.

The Camp Nou was living its best era with “Messi”, who ended his career with Barca last month after his contract expired at the end of last season, after the two parties disagreed over the renewal of the contract. 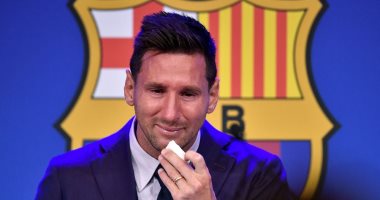 Barcelona said in an official statement: “FC Barcelona thanks Leo Messi for everything he has done and wishes him all the best in his personal and professional life.”

Koman and the journey in search of an alternative

Spanish press reports revealed that Barcelona lost its confidence in the Dutch coach, Ronald Koeman, because of the lackluster results achieved by the Blaugrana under his leadership, and that his dismissal from the Barca training became a matter of time.

And according to the Spanish newspaper “AS”, Koeman, who seemed confused in the Cadiz meeting, lives these days amid uncertainty, anger and helplessness, and does not know when the club will take the final decision to dismiss him.

The newspaper added that in the past two weeks, Koeman noticed that he had become more confused since his arrival in Barcelona, ​​​​because of his knowledge that the Catalan club’s management intends to leave him from coaching the team. 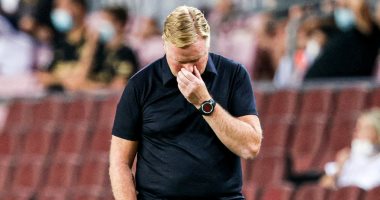 The Spanish newspaper indicated that Xavi Hernandez, the legend of the team, is the most likely candidate to take over the technical leadership of the Catalan club, during the coming period.