In the International Breast Cancer Month, how does genetics affect the risk of developing it?


Breast cancer is one of the most common types of cancer in the world, and on the occasion of Breast Cancer Awareness Month, which falls in October of each year, we learn about the most prominent things that increase the risk of breast cancer in women who have a family history of cancer, according to the “Times of India” website. 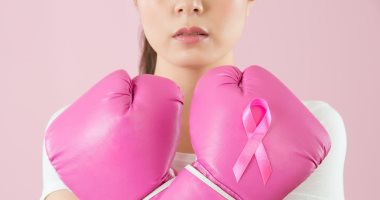 A family history of cancer can increase your risk of developing cancer, as doctors have often linked common genetic mutations to a risk of different types of cancer.

When it comes to women, breast cancer is one of the most common types of cancer and is linked to a genetic defect that increases the risk of cancer.

According to the Centers for Disease Control and Prevention, a woman’s risk of breast cancer is higher if she has a mother, sister, daughter (first-degree relative), or several family members on her mother’s or father’s side who have had breast or ovarian cancer.

According to a review published in the journal Annals of Oncology It has been found that a close family member’s history of cancer appears to increase a person’s risk of developing the same cancer or a different type of cancer.

However, while a genetic mutation makes you susceptible to cancer, it doesn’t mean you have cancer, but only when left untreated, it continues to cause more damage. 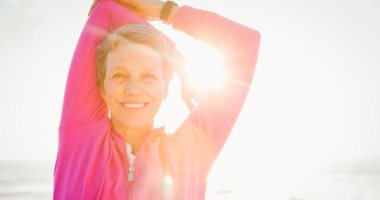 The most common cause of hereditary breast cancer is an inherited or acquired mutation in a gene BRCA1 or BRCA2 These are genes that produce proteins that help repair DNA damage, and they usually protect you from some types of cancer. However, when genetic abnormalities limit the healthy functioning of these genes, they increase your risk of cancer.

Such mutations, according to the Centers for Disease Control and Prevention, can be detected through genetic testing using polygenic panels, which look for mutations in several different genes at once.

Other risk factors for breast cancer

Besides inherited mutations, such as a family history of cancer, there are many other risk factors for breast cancer. According to the Centers for Disease Control and Prevention, aging and reproductive history are some of the normal factors and cannot be changed.

On the other hand, a sedentary lifestyle, obesity, and unhealthy lifestyle habits such as smoking and drinking can put you at risk of developing breast cancer.

All you need to know about bone cancer: symptoms, treatment and causes

There are many different types of cancerous diseases, including leukemia, breast, colon and bone cancer, and during the series...

5 skin care and anti-aging hacks from Katie Holmes' dictionary.. Drinking water is the most important

Infectious disease experts: influenza is more deadly and more dangerous to humans than the Corona virus