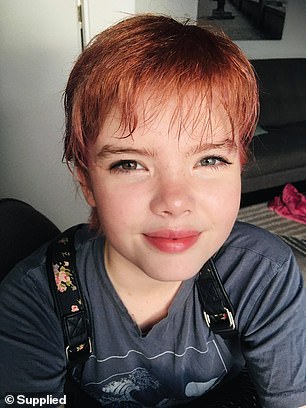 The first time Shay Wignall was told she had leukaemia, the 11-year-old had no idea what lay ahead.

The second time she was diagnosed, she screamed.

Every time, her mum Jules has been there to help the now 14-year-old through and, as they brace for several more months in the Royal Melbourne Children’s Hospital, she will be there again.

And as a sign of her loving dedication, Ms Keath has elected to put off her own vital transplant to look after her daughter.

She has stage five, or end stage, kidney disease and needs a transplant, but the operation has been put off until her daughter completes her latest round of treatment.

After nine months of treatment, her family wanted to believe it was gone for good.

‘We knew there was always a chance it would return,’ Ms Keath told Daily Mail Australia.

In August 2020 came the news that the leukaemia, which affects the blood and bone marrow, had come back.

‘It’s not a thing you want to tell your child once, let alone three times,’ the 48-year-old said.

‘When I told her the second time, she screamed.’ 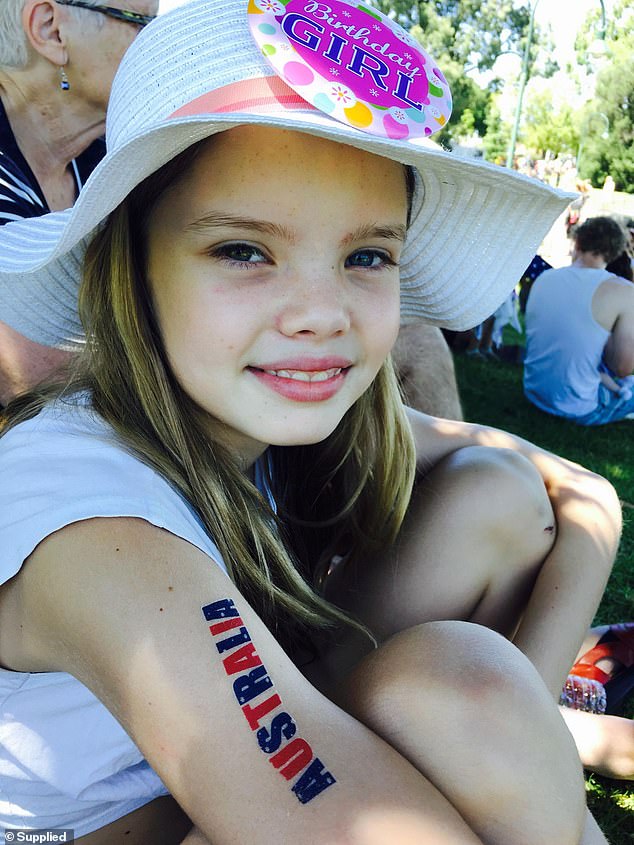 Pictured: Shay Wignall on her 11th birthday, just months before she was diagnosed with cancer 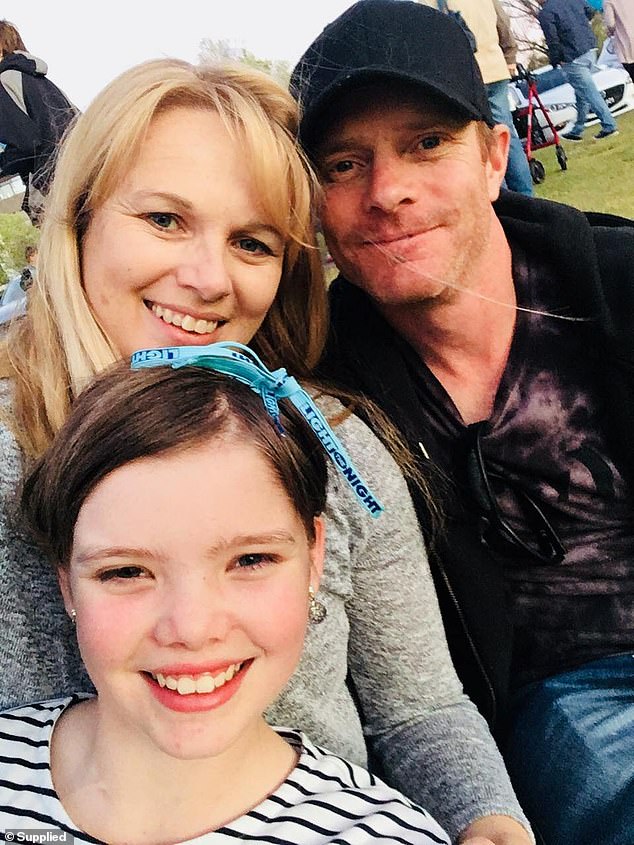 Shay lost her hair seven times, fought off seven deadly viruses, had 50 blood transfusions and almost died from sepsis within her five months of treatment, but she pulled through, and doctors thought she was cured.

But in April this year, four years after her first diagnosis, came the devastating news that the leukaemia had come back a third time.

Instead of lashing out or breaking down, the Year 10 schoolgirl felt crestfallen and scared.

‘She was disappointed and afraid because she’s been through it all before and knows what to expect,’ Mrs Keath, who works as a photographer, said.

This time, instead of relying on chemotherapy and radiation, Shay will get a bone marrow transplant in an attempt to stop the possibility of the illness returning.

Pictured: Shay Wignall while being treated for cancer as an 11-year-old. She almost died during her first fight with the illness 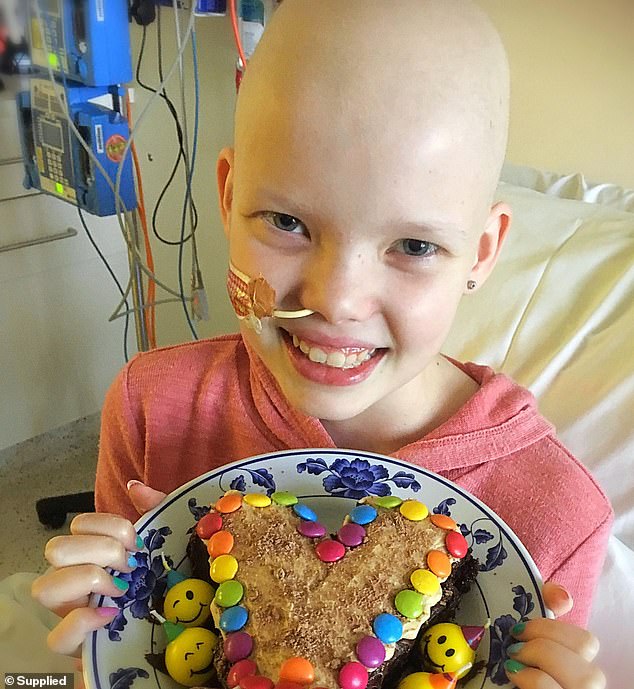 Shay Wignall has missed about 600 days of school, but is determined to succeed and studies hard 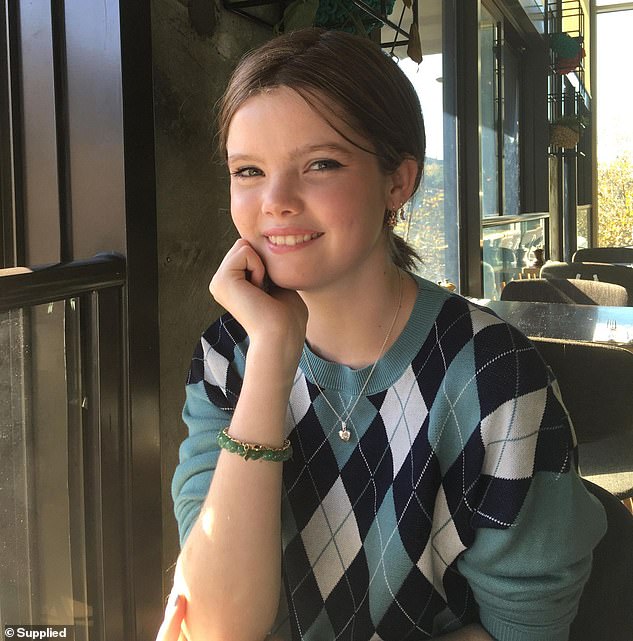 The bone marrow transplant will weaken her immune system and make her extremely susceptible to a range of infections, like the ones that almost killed her during her first diagnosis at 11.

‘I actually thought I was watching her die,’ Ms Keath said of that harrowing time.

‘It was life-threatening and her kidneys failed and she had to have dialysis.’

The mother-of-two found the dialysis particularly hard to watch because of her own kidney disease. 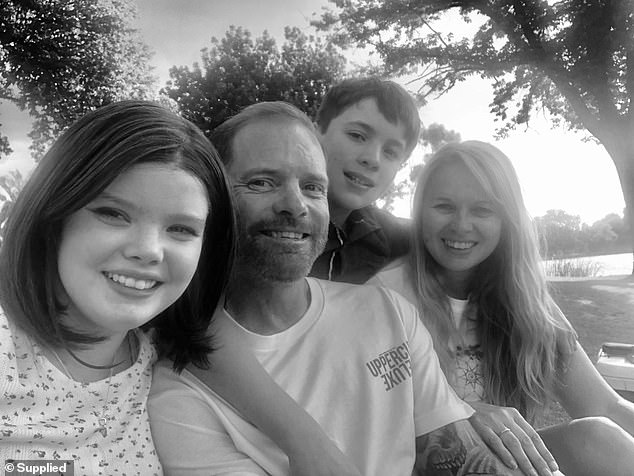 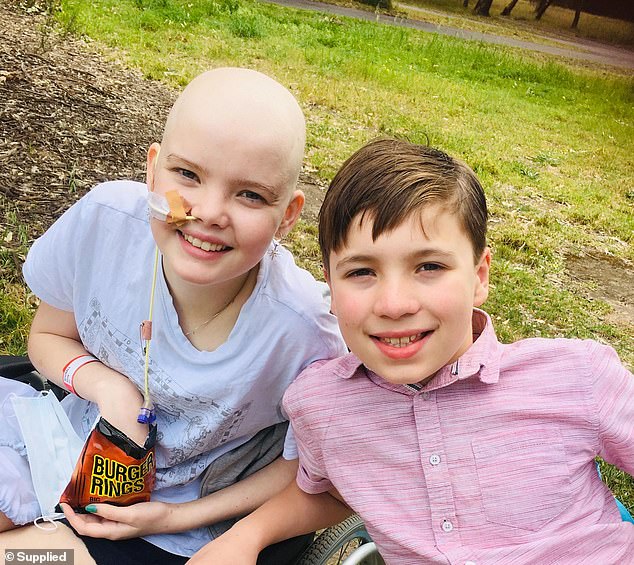 Pictured: Shay Wignall with her brother Jayd, who is 12. Their mother said Jayd is ‘a great kid’ who has had to adjust to her not being around

‘I’m medicated for high blood pressure and I get tired. I’m on a strict diet which is hard to follow at the hospital, and stress doesn’t help my condition either,’ she said.

Ms Keath is waiting to see if her fiancée Damon is a match and can donate one of his kidneys, but the longer she waits, the more likely it is that she will need to go on dialysis until she gets a new organ.

‘They did plan for the transplant at the end of this year but I think it will most likely be start of next year,’ she said.

‘Right now, Shay is my priority.’ 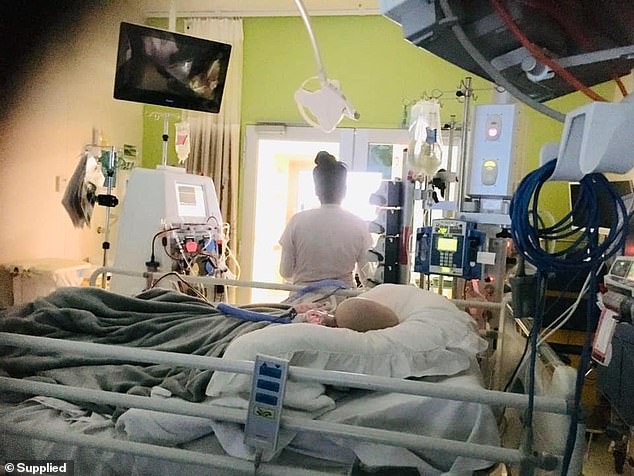 Pictured: Shay lying in a hospital bed after she almost died from sepsis. Her kidneys almost failed 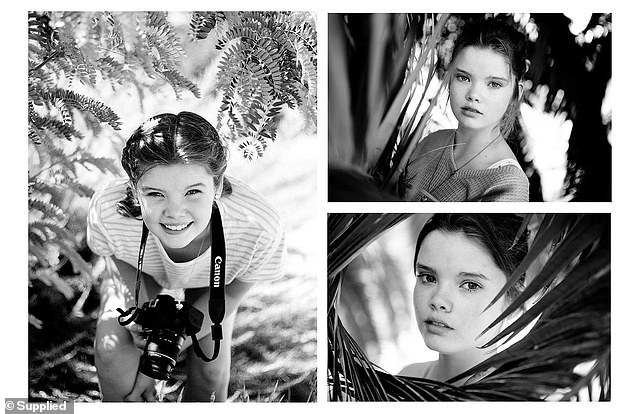 Each time Shay is hospitalised, Ms Keath has to temporarily relocate to Royal Melbourne Children’s Hospital – 150km away from Damon and her son Jayd, who is now 12.

When the teenager was first diagnosed, Ms Keath immediately picked her up from school and drove her straight to Melbourne – leaving behind her son, who was only eight at the time.

Mother and daughter were away for about nine months during Shay’s first fight with the disease, five months for the second, and they’re about to take off for her third round of treatment.

They hope to be home by October, followed by recovery from the bone marrow transplant, which is usually six months to a year. 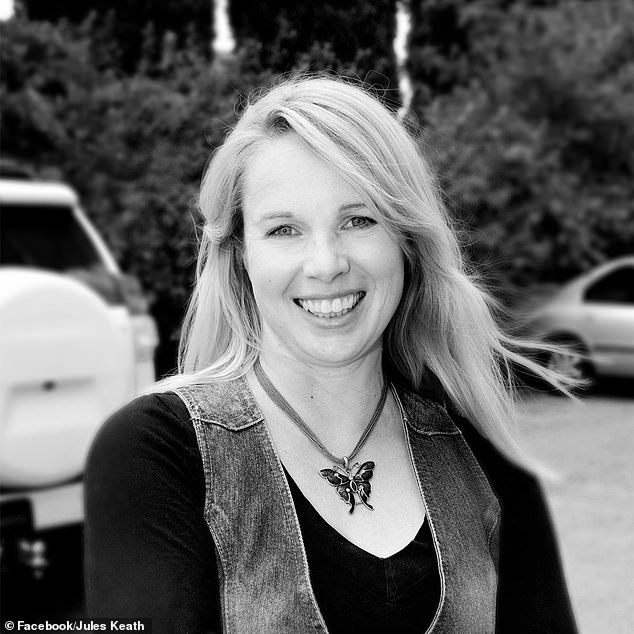 The family have set up a GoFundMe campaign for Shay’s treatment, and for accommodation so Ms Keath can stay with her in Melbourne.

The teenager has missed about a year-and-a-half of school over the four-year period, but is determined to succeed scholastically and has managed to get honours in all her subjects every year.

Her vision has been impaired by the treatment and she now needs glasses, and she has multiple scars and puncture marks all over her body from various treatments.