A father-of-two died after suffering a cardiac arrest at a Man v Fat football match.

Roger Izzard, 39, of Wellingborough, Northamptonshire, was placed in an induced coma after collapsing at a Goals five-a-side sports venue on Tuesday last week.

He was taken to hospital after his heart stopped for 20 minutes and had to be resuscitated, but his life support machine was switched off two days later.

Mr Izzard, who leaves behind widow Becky, 35, and their two children Bethany, eight, and Archie, four, has been described as an ‘incredible’ man and an ‘amazing dad’.

Friends have now launched a fundraising page to help support his family who were by his bedside at Northampton General Hospital when he died last Thursday. 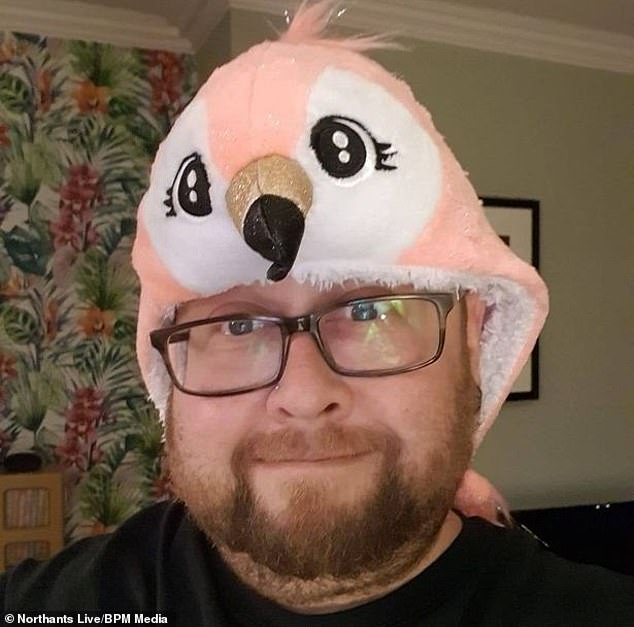 Mrs Izzard said: ‘I just wanted to say a huge heartfelt thank you to everyone who has helped, supported, sent messages, phone calls, sent cards, flowers, gifts for the kids.

‘We are all very overwhelmed by everyone’s kindness since Rogers devastatingly heartbreaking passing. I am truly blown away by all the support and can’t thank you enough.

Man v Fat Football organises weekly small-sided matches for men with a BMI of at least 27.5, and claims more than 90 per cent of its players have lost weight or become fitter.

Those signing up for £27.50 a month also receive weekly weigh-ins with medical-grade scales and progress reports, and training from an experienced coach.

A qualified referee takes charge of the games, with organisers saying the total weight lost by players is 268,566.66lbs – the same as 20 elephants.

‘Rog was an incredible husband, my best friend, my rock and our children’s amazing Daddy. We miss him more than words could ever say.’

Mr Izzard worked with his father Chris, 64, as a telecoms consultant and had spent the last 13 months employed by an Icelandic mobile phone operator.

Chris, who lives in Hatfield, Hertfordshire, with his wife Margaret, 68, said: ‘Becky told me that on Sunday my grandson Archie said he had counted all his pennies up to buy Daddy some batteries to help him get better.

‘It was a four-year-old’s beautiful logic. I hope that sometime soon we can all laugh at that but, at the moment, it reduced us all to tears.

‘Roger was always quiet and not sure of himself as a child. He was like his grandad in that he spoke when he had something to say and it was always best to listen.

‘As Roger’s mum and dad, we are so proud of what he achieved in his 39 years. Roger was never rich in terms of money but his family made him a multi-billionaire.

‘These memories and a zillion more will never really make it easier to accept this loss but we are so proud and love him and his family so much.

‘Roger was worried about friends as a young boy but the response from his Man v Food mates, football mates, school mates, workmates, and others is bl**dy amazing. 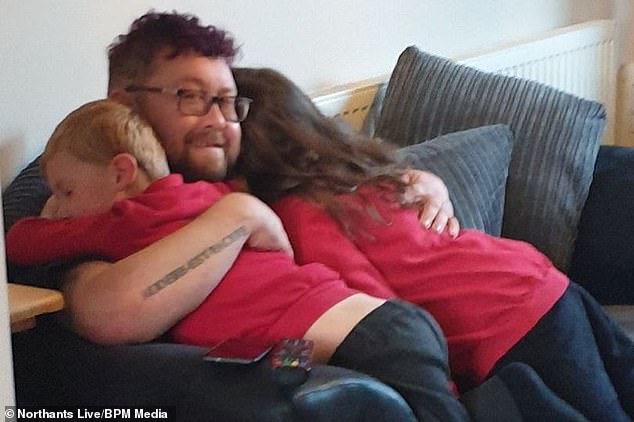 ‘He was a great husband, father, brother, son and a good friend to so many people.’

Mr Izzard grew up in Tottenham, North London, with the family later buying a pub in Hertfordshire where they would relocate.

He was appointed manager of the bar and would ‘keep the peace’ with his beloved pet Bullmastiff dog Sherru before joining his father’s consultancy business.

A visit to Iceland last December was a career highlight as he ‘complained of being hot for the first time in his life’ during a bombogenesis storm in Reykjavík.

He took up Man v Fat football in a bid to lose weight with the support of like-minded men, and had been playing at the Goals centre in Northampton last week. 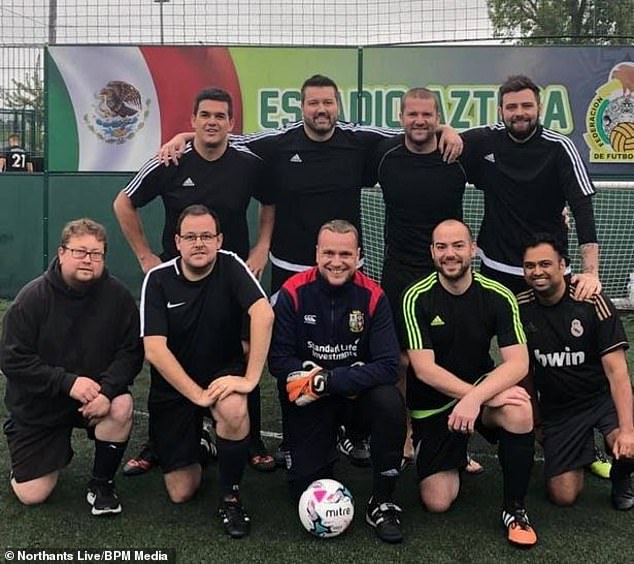 Chris added: ‘I remember one day Roger was crying to his mum saying he was ugly and fat and nobody would want him as a boyfriend. Roger was very wrong.

‘Becky became his girlfriend and then his wife, making a great team. This great Izzard team produced replicas in Bethany and Archie with all the best bits from their mum and dad.

‘My message to all parents is to always be available and do not take life for granted. Let your kids know how much you love them as we cannot turn back the clock of life.

‘I look back at Roger’s 39 years and despite the very many things we all did together, I worry I should have done more.

‘As a family, we would like to thank the incredible number of people who are giving to help Becky, Bethany and Archie.’