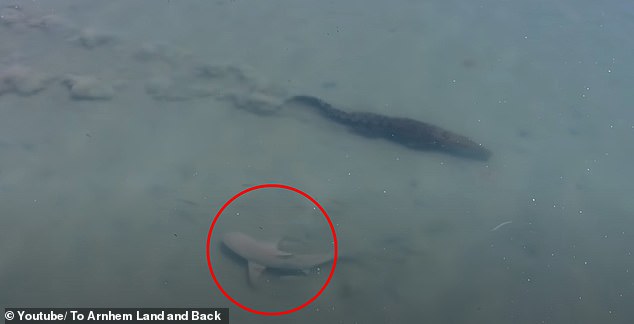 The ultimate Aussie face off: Incredible moment a huge saltwater crocodile and bull shark come face to face in the water – and their unusual reaction has left viewers in hysterics

The face-to-face encounter was posted to YouTube by ‘To Arnhem Land And Back’, who documents adventures in the north-east corner of the Northern Territory.

The saltie was seen leaving clouds of sand in its path as it weaved through shallow water.

The reptile then approached the shark and a pack of fish swimming along – who simply continued on their merry way.

The two animals travelled directly passed each other, without slowing, stopping or even interacting.

But Australians who came across the video, were quick to make jokes about the pair’s unlikely friendship – even narrating a conversation they could have had in passing.

A third said: ‘You can’t see it from this angle, but they winked at each other.’

Other viewers were simply impressed by the wildlife.

‘Mutual respect exists in the nature too,’ a comment read. 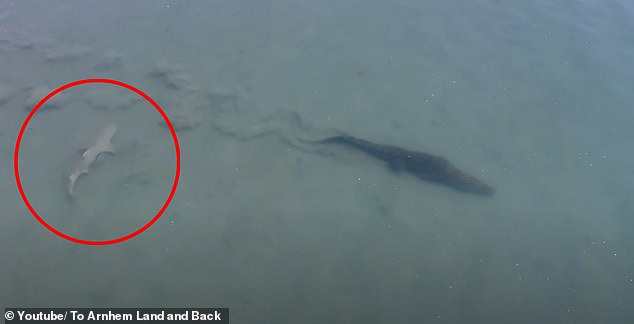 The two animals didn’t slow, stop or even interact as they passed each other in thew shallow waters 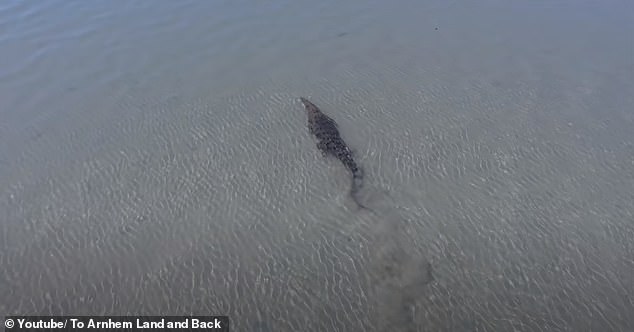 ‘Great to see how a croc swims, honestly really graceful,’ another said.

The footage didn’t sit well for others who declared there was a reason they preferred to stay on the sand.

‘And that is why I chill at the shore,’ a person wrote.