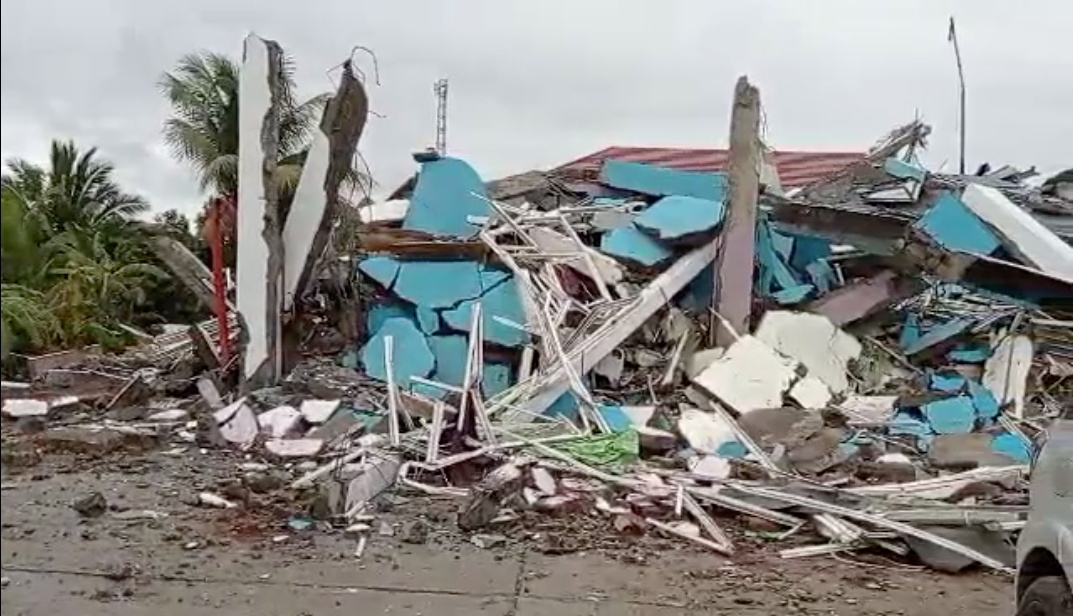 The Indonesian island of Sulawesi was hit by a new earthquake on Saturday, as rescue teams continued to search for people trapped under the rubble after yesterday’s earthquake, which killed at least 45 and injured hundreds.

The Indonesian Disaster Reduction Agency said that no damage or casualties were reported from the aftershock measuring 5 on the Richter scale in the Mamuju and Mageni regions of West Sulawesi a day after the magnitude 6.2 earthquake.

The agency said that more than 820 people were injured and about 15,000 evacuated from their homes. Eyewitnesses stated that some fled to the mountains, while others headed to the overcrowded evacuation centers.

On Friday, an earthquake and its aftershocks damaged two hotels and more than 300 homes, leveled a hospital and a regional governor’s office to the ground, while the authorities told Reuters that many were trapped under the rubble.

Dwikorita Karnawati, head of Indonesia’s Meteorology and Geophysics Agency, suggested today, Saturday, another earthquake with a magnitude of 7, urging residents to stay away from the beaches in anticipation of the risk of a tsunami.

Indonesia is located in an area of ​​seismic activity called the Pacific Ring of Fire, and it experiences earthquakes from time to time.

COVID-19 could survive on surfaces for up to 28 days, researchers say