The rate of Consumer Price Index inflation in Britain has increased by more than expected to 5.4 per cent – its highest rate in 30 years, official data revealed today.

The Office for National Statistics said December’s figure was up from 5.1 per cent in November, and is the highest since 1992 as the cost of living squeeze continues.

Economists polled by Reuters had forecast that the rate would get to 5.2 per cent in December – so the official reading was 0.2 percentage points above estimates.

The inflation rise reflected a range of goods and services, with the biggest impact from food and drink, followed by restaurants, hotels, furniture and household goods.

The 5.4 per cent figure was the highest since March 1992, when it was at 7.1 per cent. It adds pressure on the Bank of England to raise interest rates again next month.

The Bank last month became the world’s first major central bank to raise interest rates since the start of the pandemic, from 0.1 per cent to 0.25 per cent.

The move, which was an attempt to try to cool the rampant inflation rate, came a day after data showed CPI had unexpectedly surged to a 10-year high in November.

Inflation is also turning into a political problem for Boris Johnson, who is facing calls to offset an expected 50 per cent rise in regulated household energy prices in April. 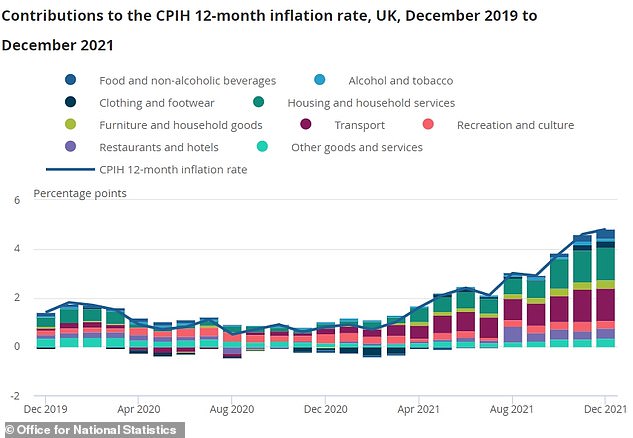 Responding to the rise in CPI inflation, Chancellor Rishi Sunak said today: ‘I understand the pressures people are facing with the cost of living and we will continue to listen to people’s concerns as we have done throughout the pandemic.

‘We’re providing support worth around £12billion this financial year and next to help families with the cost of living.

‘We’re cutting the Universal Credit taper to make sure work pays, freezing alcohol and fuel duties to keep costs down, and providing targeted support to help households with their energy bills.’

The Bank forecasts CPI will peak at a 30-year high of around 6 per cent in April due to the higher energy bills, and that it will take more than two years for CPI to return to its 2 per cent target. 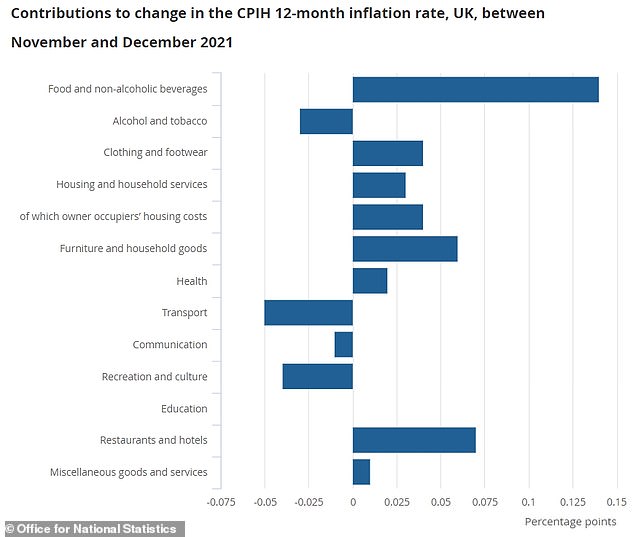 Financial markets see a high chance that the Bank of England will raise rates again on February 3 and announce that it will allow its £875billion stock of government bonds to fall as the gilts begin to mature.

He said: ‘You’ve got real wages and incomes, even for pensioners, falling because of inflation. You’ve got substantial tax rises. You’ve got huge rises in energy bills.

‘It is our job to hold the Government to account and that it exactly what we’re doing, and we’re laying out serious costed alternative positions to take that would make a real difference to people’s incomes. 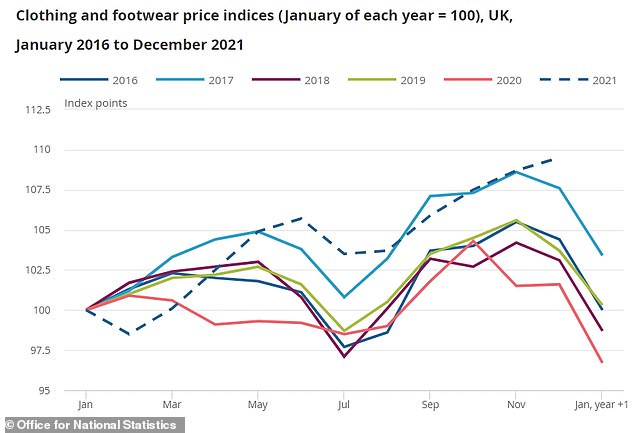 The data also revealed an unseasonal increase of 0.7 per cent for clothing and footwear prices

‘Again, I think that is in a very positive contrast to a Government which doesn’t seem to be able to do anything other than try and defend itself.

Grant Fitzner, chief economist at the ONS, said today: ‘The inflation rate rose again at the end of the year and has not been higher for almost 30 years.

‘These large rises were slightly offset by petrol prices, which despite being at record levels were stable this month, but rose this time last year. 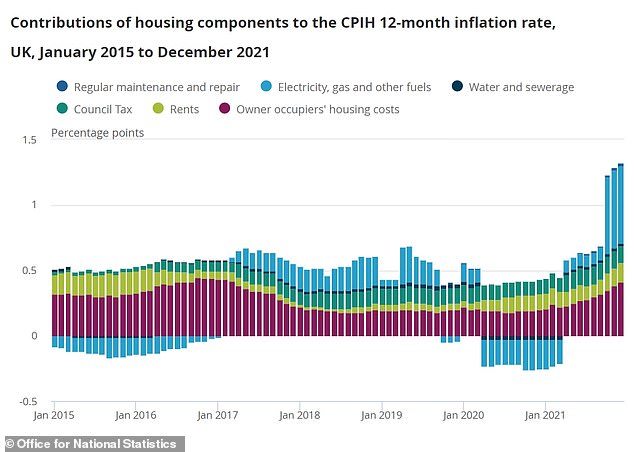 ‘The closures in the economy last year have impacted some items but, overall, this effect on the headline rate of inflation is negligible.’

Today’s figures showed that core CPI – which excludes sometimes-volatile food, energy, alcohol and tobacco prices – rose to a record high 4.2 per cent in December from November’s 3.9 per cent.

Retail price inflation – an older measure that the ONS says is no longer accurate, but which is still widely used by government and businesses – rose to 7.5 per cent in December from a 30-year high of 7.1 per cent in November.

And the British Chambers of Commerce warned today that inflation will continue to soar in the coming months and could surpass the 6 per cent mark by April. 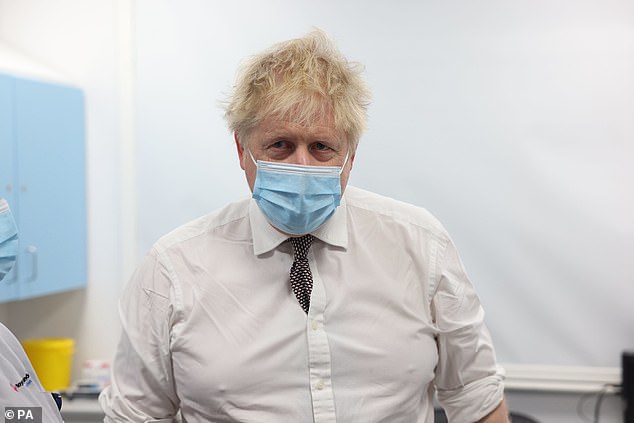 Suren Thiru, head of economics at the BCC, said this morning: ‘Higher inflation is adding to the unprecedented surge in costs facing businesses.

‘Inflation will continue to soar in the coming months as surging energy prices, rising raw material costs and the reversal of the VAT reductions for hospitality push it well above 6 per cent by April.’

She added that the surging inflation means a February interest rate rise ‘may be inevitable’, but ‘raising rates too aggressively risks undermining confidence and will do little to dampen the global factors driving this current inflationary spike’.

NBA: Klay Thompson is already hot after his return and it shows: 17 points in the first half