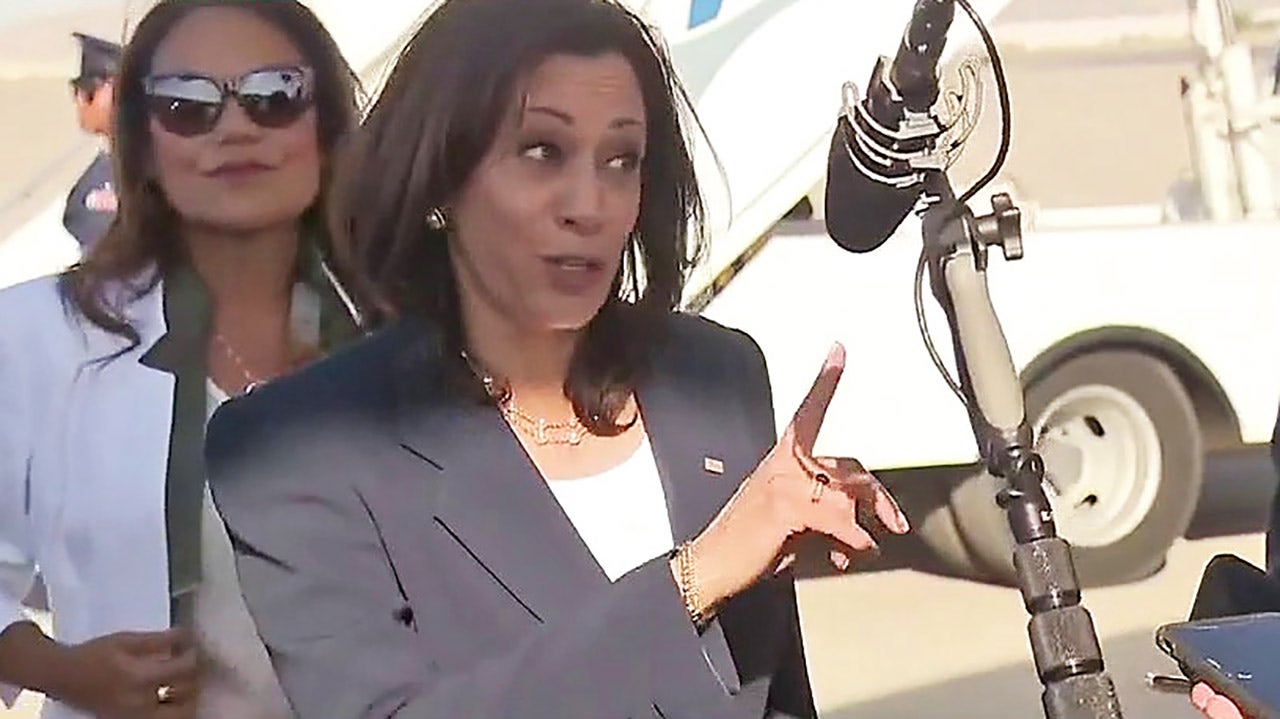 In her “Ingraham Angle” commentary on Friday, host Laura Ingraham highlighted Vice President Harris‘ trip to the southern border, pointing out that the visit occurred hundreds of miles away from the actual epicenter of the illegal immigration and human trafficking crisis.

“Today, Vice President Harris traveled to Texas to check the border box, and play a game of make-believe,” Ingraham said, pointing to Harris’ choice of rhetoric; with claims of “being handed a mess” by Donald Trump and seeking “root causes” of the crisis.

“Lies and more lies.  Number one, she and Biden were not handed a tough situation on the border, they created a disaster on the border,” Ingraham continued. “By progress, she means total abdication — because most Americans define “progress” as a reduction in the number of illegal crossers – but for Biden & Harris, progress means an increase in crossings; regardless of the harm and cost to the American people.”

“This is open borders collusion at the highest levels of our government. The Biden Administration is committing an ongoing crime against our basic sovereignty – a conspiracy to undermine the rule of law in their refusal to do what works to stem the flow of humanity into America.”

Ingraham remarked that Harris obviously isn’t taking the crisis seriously; never setting foot in the overrun Rio Grande Valley sector and spending much of her time “glad-handing at the illegal crossing hotspot known as the El Paso International Airport.”

While in El Paso, the area’s congresswoman, Rep. Veronica Escobar, D-Texas., – who succeeded former presidential candidate Rep. Robert “Beto” O’Rourke – raised eyebrows when she described the Mexican border as the new “Ellis Island” – a reference to the former legal immigration facility on the eponymous island in New York Harbor.

“If Harris were a serious person who actually put America’s interests first, she would have traveled to where the action is in the Rio Grande Valley, but of course that would be too embarrassing and revealing,” Ingraham went on.

“There, the border arrests stand at a whopping 271,000 and counting this fiscal year. So of course, Kamala Harris decided to skip that region and instead visit El Paso, which has two and a half times fewer border arrests and a Democrat mayor.”

“Everything was border theater today from beginning to end. Nothing serious about enforcement, always in search of mythical ‘root causes’.”

Ingraham said Harris knows that “root causes” is Beltwayspeak for “we have no intention of solving this problem.”

“While [Harris] embarrasses herself in El Paso, the Biden DHS is moving full steam ahead on dismantling our border protections and immigration system: Just days ago, the Biden administration notified Congress it was releasing tens of thousands of illegals into the interior who were previously denied entry under the ‘Remain in Mexico’ program.”

Ingraham also reported that Joe Biden is trying to find a way to cancel a Trump-era rule that allows for the rejection of apprehended border-crossers based on the danger of coronavirus spread.

“Once again, we see, the ugly truth about today’s Democrats:  Although Kamala Harris was put “in charge” of the border issue…she not only can’t do It, because she’s in way over her head – she won’t do it, because shutting down illegal border crossers means putting America First,” Ingraham said.

“And [in Harris’ mind], why should we EVER put a systemically racist country first?”