Remarkable footage has emerged showing a wharf floating out to sea on the mid-north coast of New South Wales.

Wild storms hammered the region overnight and on Saturday morning, with countless homes destroyed and thousands of residents trapped.

Student Anthony Blood captured the footage, where rainfall of up to 100mm has been predicted in Port Macquarie. 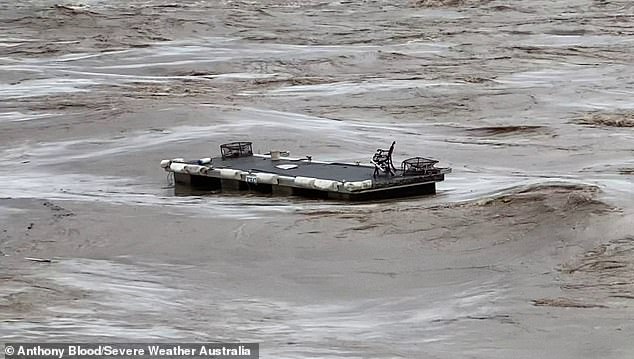 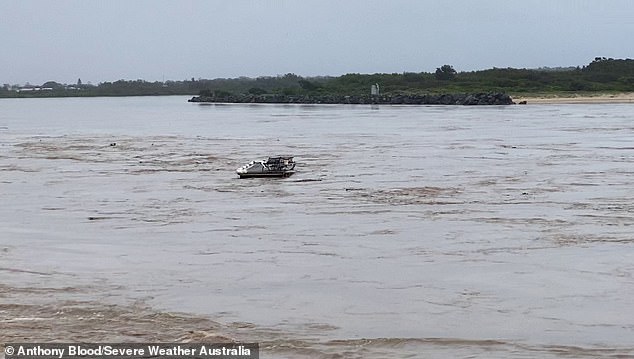 ‘Some of those locations will probably have floods of record in those areas,’ SES spokesman David Weber said.

‘We are asking people to please act on all advice given by emergency services immediately.’

Port Macquarie resident Janet Doherty told Daily Mail Australia ‘she has never seen anything like it.’

‘I have lived in this area for most of my life, and this rain is next level, it has been incredible,’ she said.

‘Our backyard is flooded, we could have gone swimming, which is pretty crazy.

‘I was out early on Saturday morning getting some groceries, and other people couldn’t believe how quickly the water has risen.

‘Hopefully everyone is OK, the emergency services deserve a medal being out in this weather.’

People across Sydney are being urged to stay indoors as the weather system moves south towards Wollongong.

An electronic platform for the Lebanese Central Bank