Would you step outside? Bizarre moment THOUSANDS of corellas descend on a suburban street and cover the road, cars and lamp posts – but residents say there could be a simple explanation

A video showing thousands of native parrots invading a quiet suburban street has gone viral on TikTok, with many wondering why the flock is so large.

In the clip a street in the New South Wales south coast town of Nowra appears to be overrun with corellas, a type of cockatoo without the sulphur crest the species is known for.

The birds are all over the road, residents’ cars, perching on street lights and rooves, and most of all appear to be munching on something on the lawns. 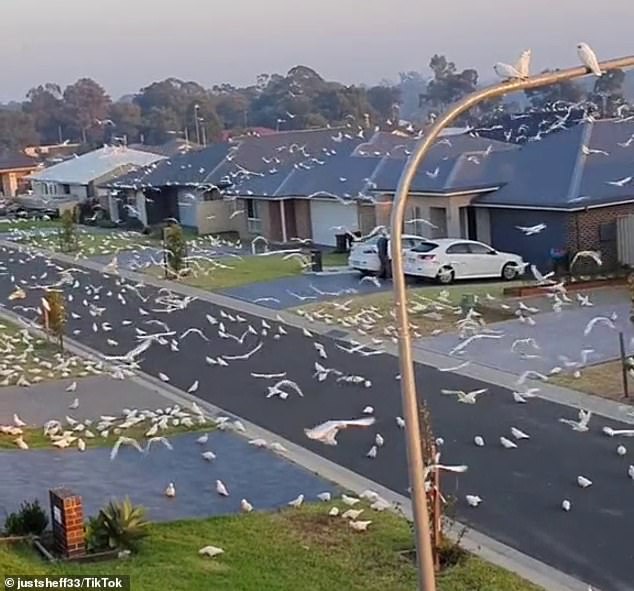 The amazing clip showed thousands of corellas wandering, eating, resting and swooping around the suburban street on the New South Wales South Coast 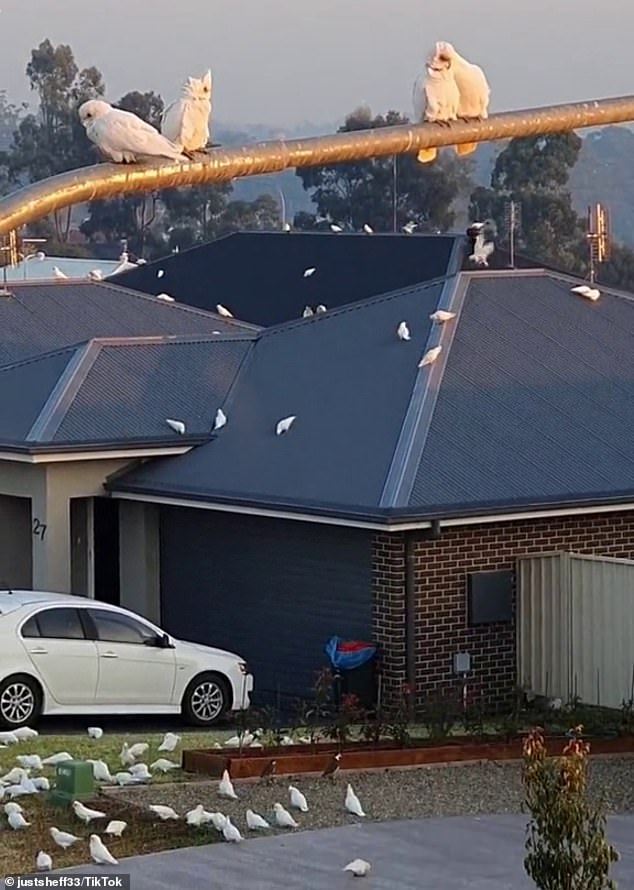 Several commenters speculated the birds may just be flocking in areas where houses have been built.

Others joked they might be carrying letters from Hogwarts – obviously confusing corellas for owls.

Another viewer thought the birds could be more useful elsewhere.

‘If only they could find their way to where the mouse plague is happening.’

But the more likely answer is they were feeding on grass seeds on the neighbourhood lawns.

Corellas can be destructive but are also one of the most playful parrots – they are known to even slide down rooves for fun.

According to the Australian Museum, ‘Corellas often form large flocks, especially along watercourses and where seeding grasses are found.’

Persimmon says private sales have remained upbeat in 2021 to date.