And you think your alarm is annoying? Guy puts a karaoke speaker next to his sleeping partner to ‘serenade’ her awake – but she is not impressed

An Instagram influencer has filmed himself waking up his girlfriend with a karaoke machine while singing ‘you are late for work’.

The artist, known as YX, sneaked into his girlfriend’s bedroom and placed a small karaoke speaker on the duvet beside her ear.

He then starts playing a soothing melody before launching into his improvised ditty. 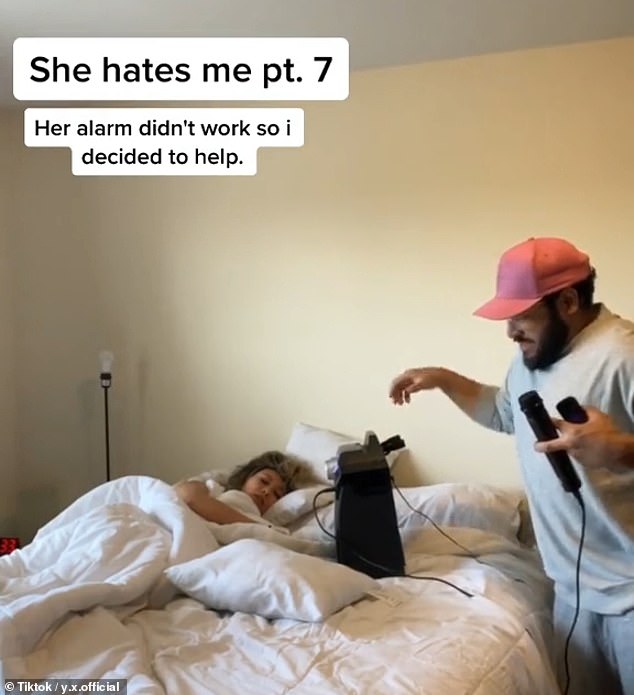 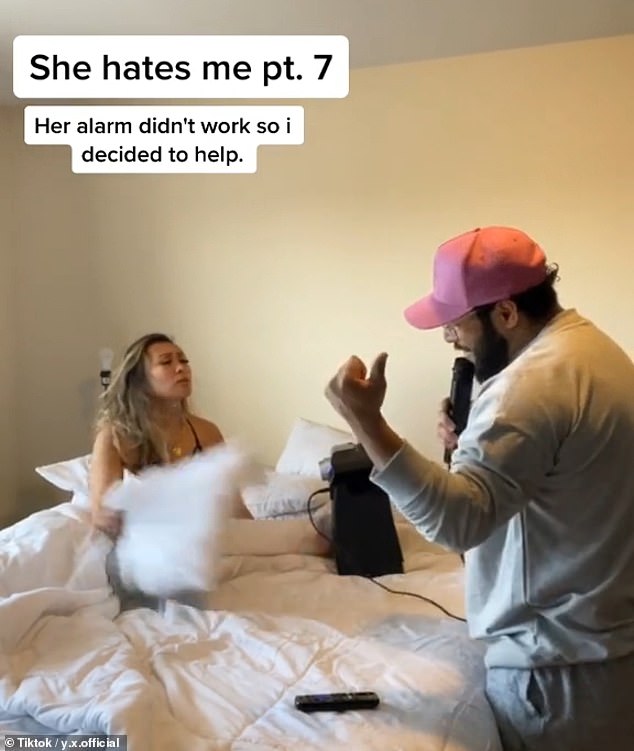 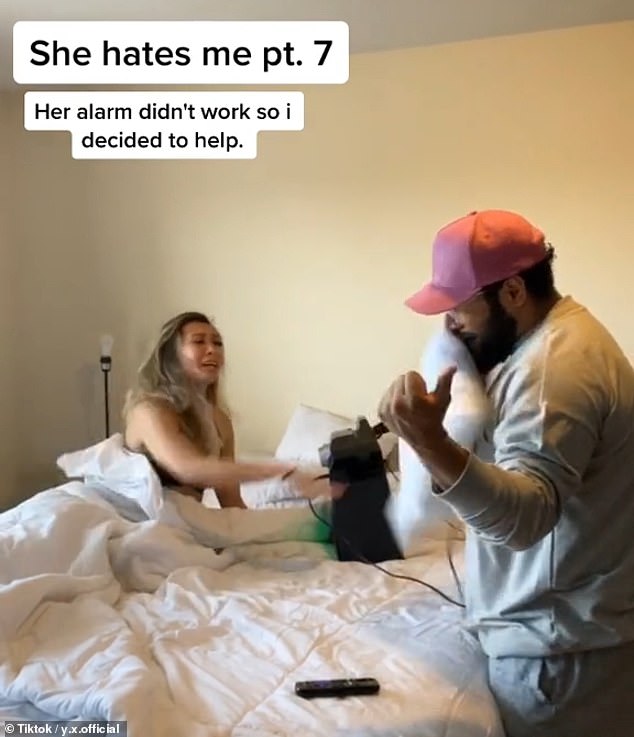 Though, the girlfriend fired a pillow at YX in an effort to stop his morning sing song

This is the seventh episode of a series of videos titled ‘She Hates Me’.

A caption on the screen proclaimed that his girlfriend’s alarm clock was not functioning so he wanted to help.

After about ten seconds, his girlfriend sits up on the bed and raises her pillow and smashes him in the face.

As his girlfriend walks around the edge of the bed, he tries to defend himself through the medium of song.

He continued: ‘I tried to wake you up.’

To which she responds: ‘Try to wake me up like a normal person.’

He sang: ‘You sleep too long,’ before the end of the video.

One social media user Evelyn Juarez said: ‘I’d rather be woken by this than by my ratchet alarm.’

Jesus Garcia responded: ‘I’m going to use it as my alarm.’

Kimberly Corban added: ‘Make this a ringtone on iTunes, please.’

Another social media user responded: ‘She was pretty calm through it. My wife would have been a lot angrier.’ 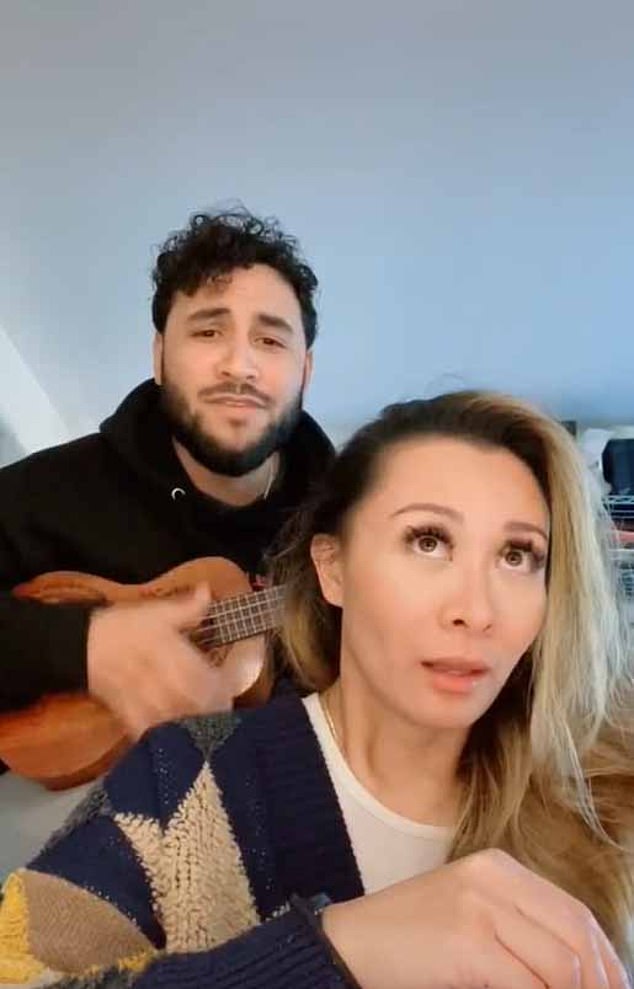 VX official, pictured with his girlfriend, published a series of videos in recent weeks 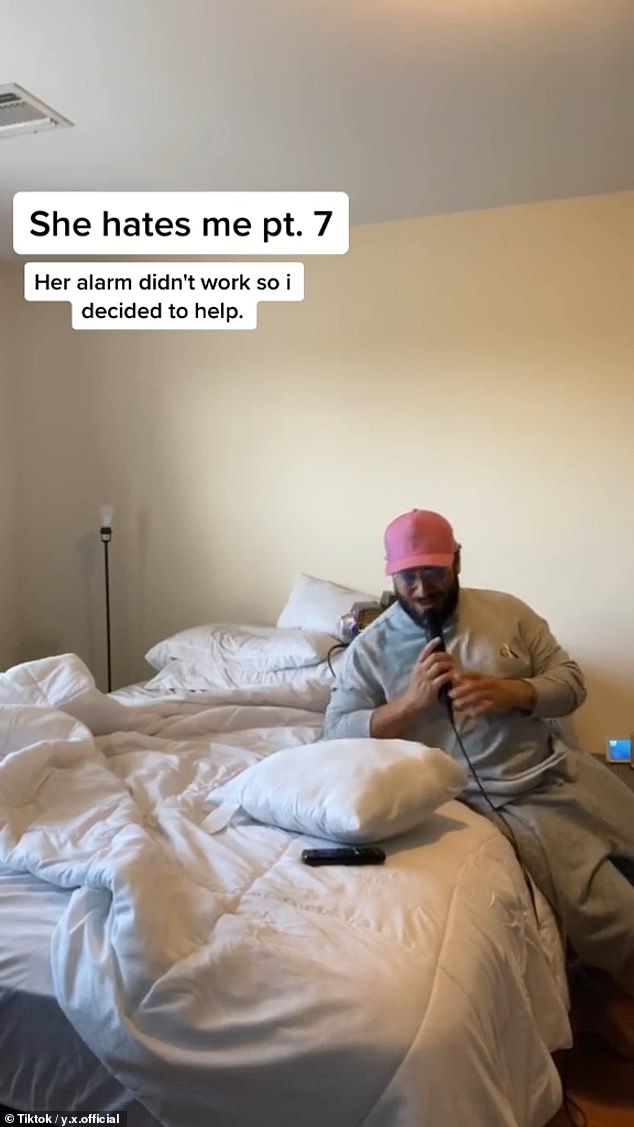 YX, pictured, ended his performance with the helpful line ‘you sleep too long’