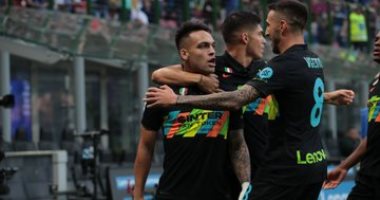 Inter Milan outperformed its guest Bologna, at the end of the first half of the match, at the Giuseppe Meazza stadium, in the fourth round of the Italian league competitions for the current season 2021-2022.

Argentinian star Lautaro Martinez opened the scoring early for Inter Milan, in the sixth minute, after following the cross of the Dutchman Dumfries.

Inter Milan enters today’s match and is ranked fourth in the Italian league table with 7 points, two points behind leaders Roma, while Bologna is in sixth place with 7 points as well, with a goal difference from Inter.

Inter Milan started the meeting with a formation consisting of: