Interest grows in the purchase of bunkers in the United States 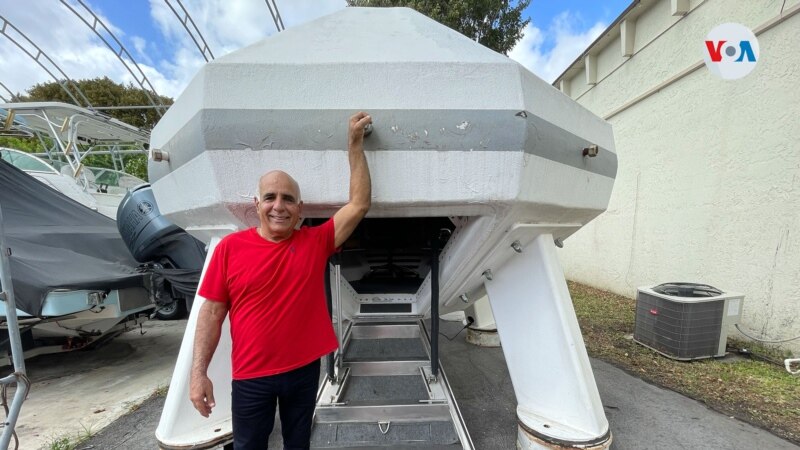 The negotiating tables with the Kremlin and the numerous efforts of the West to seek a solution to the conflict through diplomacy, not only have they not borne fruit, but they have also set off the alarms of a nuclear war.

The Russian Foreign Minister, Sergei Lavrov, has already warned of the possibility of a Third World War and threatened that, if that happens, the war would be nuclear. “It could be nuclear and devastating,” he said.

This has aroused the interest of many people to prepare for a possible attack. In South Florida, Jorge Villa created US Bunkers, a bunker construction company, and assures the voice of america that in recent days, coinciding with the invasion of Ukraine, calls to his office have increased from people interested in building a shelter capable of withstanding a nuclear attack.

“The product of bunkers is something that people prefer not to have to use, but want to have for safety. It’s like life insurance, many have it but don’t want to use it,” Villa explained to the FLY.

According to him, people who have already purchased these products give them “a lot of peace of mind” to have a construction of this type to protect themselves in the event of a nuclear war.

“The fear is total, not only in the United States. I have also noticed it in South America, where people’s concern seems even greater. Many lament that having come out of a pandemic, we are now in a panic of possible war,” he says. “No one ever expected to get to this point.”

These bunkers designed by Villa, which can be purchased anywhere in the world, have the peculiarity that they are not built underground, but on the surface.

“I did it this way because in places like Florida it is almost impossible to build down through the water. So I made it so that it could be built and placed, for example, in the garden of a house,” explained Villa, who is an engineering graduate.

From $25,000 you can buy a bunker. Hence, the price increases depending on the space, the characteristics and the interior design of the units.

“The units are built with concrete and iron, with a thickness of about 8 and 12 inches. They are sealed, monolithic and have an electrical installation”, he details about its construction that, at first glance, looks like a spaceship.

Villa, a native of Colombia, began building the bunkers after Hurricane Andrew in 1992, considered one of the most destructive tropical cyclones to hit the United States in the 20th century. Its balance was 65 dead, but one devastated numerous homes, leaving damages of more than 27 million dollars at the time.

“After Hurricane Andrew, seeing the quality of disaster and destruction with a category 5 hurricane, the idea was to form units resistant to all kinds of natural disasters, terrorism, war attacks. Any kind of destruction could be caused,” he commented.

From the screen to your mind.. How do you maintain your mental health in times of war?

From the screen to your mind.. How do you maintain your mental health in times of war?