In trials at the University of Bath, participants lost less weight when fasting in comparison with those following a traditional diet – even when their calorie intake was the same overall.

The study authors believe intermittent fasting – which has been endorsed by celebrities including Jennifer Aniston, Reese Witherspoon and Twitter CEO Jack Dorsey – are ‘no magic bullet for weight loss’.

A traditional diet, involving steadily restricting calorie intake over a given period, is therefore likely the better option for people who want to lose weight.

Intermittent fasting involves switching between days of fasting and days of eating normally. One variation is the 5:2 diet – eating normally for five days then fasting for two. But University of Bath experts reveal that it may not work compared to normal dieting – steadily restricting calorie intake over a given period

Intermittent fasting involves switching between days of fasting and days of eating normally.

5:2 involves eating normally for five days and then reducing calorie intake to a quarter of your daily needs.

The study has been led by Professor James Betts, Director of the Centre for Nutrition, Exercise & Metabolism at the University of Bath.

‘Many people believe that diets based on fasting are especially effective for weight loss or that these diets have particular metabolic health benefits even if you don’t lose weight,’ he said.

‘But intermittent fasting is no magic bullet and the findings of our experiment suggest that there is nothing special about fasting when compared with more traditional, standard diets people might follow.’

One of the most well-known intermittent fasting diets is the 5:2, which involves eating normally for five days and then reducing calorie intake to a quarter of your daily needs – typically 600 for men or 500 for women for each of the two days.

The 5:2 diet was popularised in the UK by British broadcaster and former doctor Michael Mosley around 2012.

Another form of intermittent fasting is the 16:8 diet, favoured by ‘Friends’ actress Jennifer Aniston.

Followers of this diet fast for 16 hours a day, and eat whatever they want in the remaining eight hours – typically between 10am and 6pm.

According to the University of Bath, these diets have increased in popularity, reinforced by images of miraculous weight transformations and backed by celebrity endorsements – but they might be less effective than many people believe.

The team tested intermittent fasting, although they didn’t specifically use the 5:2 or 16:8 in their experiments. 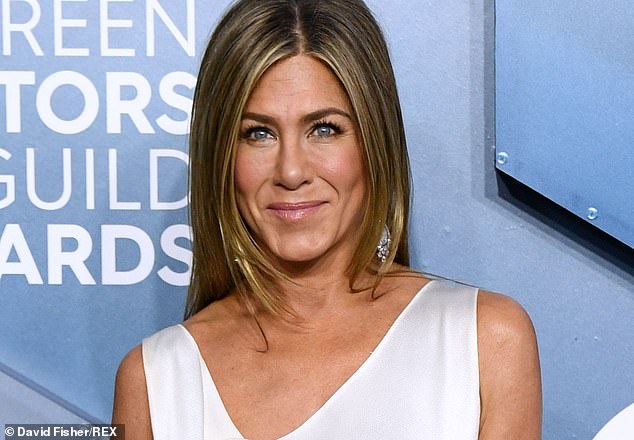 The research, organised by a team from the University’s Centre for Nutrition, Exercise & Metabolism (CNEM), allocated 36 participants into one of three groups.

The trial allocated participants into one of three groups:

• Group 1 fasted on alternate days with their fast day followed by a day of eating 50 per cent more than usual.

• Group 2 which reduced calories across all meals everyday by 25 per cent.

• Group 3 which fasted on alternate days (in the same way as Group 1) but followed their fast day with one day eating 100 per cent more than usual.

Group 1 fasted on alternate days. Their fasting day was followed by a day of eating 50 per cent more than they usually would in their everyday lives.

Group 2 – a proxy for a traditional dieting plan – reduced calories across all meals everyday by 25 per cent.

Meanwhile, group 3 fasted on alternate days (in the same way as group 1) but followed their fast day with one day eating 100 per cent more than they usually would in their everyday lives.

Participants across all three groups were consuming a typical diet of around 2000-2500 kilocalories (kcal) per day on average at the start of the study.

Over the course of the three-week monitoring period, the two energy-restricted groups (groups 1 and 2) reduced this to be between 1500-2000 kcal on average.

Whereas groups 1 and 2 reduced their calorie intake by the same amount in different ways, group 3 fasted without reducing overall calories.

By contrast, the first fasting group (group 1) who experienced the same reduced calorie intake by fasting on alternate days and eating 50 per cent more on non-fasting days, lost almost as much body weight (1.6 kg).

But only half this weight loss was from reduced body fat, with the remainder from muscle mass.

Group 3, who fasted but increased their energy intake by 100 per cent on non-fasting days, did not need to draw on their body’s fat stores for energy and therefore weight loss was negligible.

These results focused on participants who were defined as ‘lean’, meaning they had a body mass index (BMI) of between 20 and 25 kg/m2.

‘If you are following a fasting diet it is worth thinking about whether prolonged fasting periods is actually making it harder to maintain muscle mass and physical activity levels, which are known to be very important factors for long-term health,’ said Professor Betts.

The new study, which has been published in Science Translational Medicine, echoes research published last year by a team at University of California, San Francisco.

In trials, people on an intermittent fasting diet and others on a traditional dieting plan both saw a modest drop in their weight – but neither was significantly different from the other group.

A 2019 study revealed that intermittent fasting may help you live longer and improve your overall health.

While many fad diets, such as keto, have been proven unsustainable or even, in some cases, harmful, intermittent fasting has by and large held up to scientific testing.

Intermittent fasting diets, fall generally into two categories – daily time-restricted feeding, which narrows eating times to 6-8 hours per day, and the so-called 5:2 intermittent fasting, in which people limit themselves to one moderate-sized meal two days each week.

According to the study published in The New England Journal of Medicine, the benefits of intermittent fasting includes improvements in ‘glucose regulation, blood pressure, and heart rate’.

In the study, Johns Hopkins University neuroscientist Dr Mark Mattson writes that intermittent fasting may be able to help many health conditions like obesity, diabetes, mellitus, cardiovascular disease and cancers.

According to Mattson, preliminary studies suggest that intermittent fasting could benefit brain health too.