Jabs will start on Monday as the nation pins its hopes on vaccines forging a path out of the pandemic nightmare.

The government is aiming for the rollout to be completed in October, sparking hopes of a return to normal life later in the year.

Asked if Australia could reopen to the world when immunisations are widespread, Mr Morrison said it was ‘very possible’. 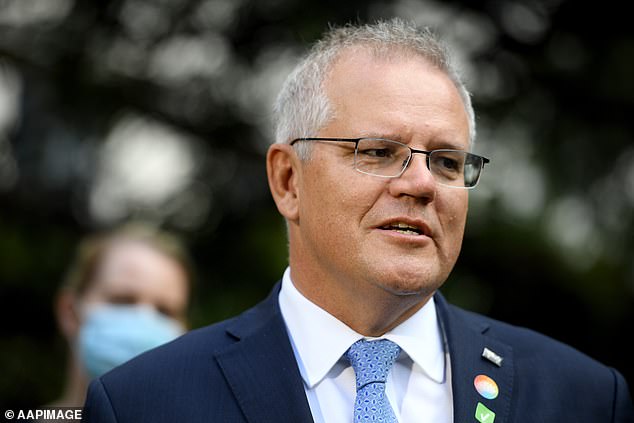 ‘But I’ve never got ahead of myself on this,’ he said.

Mr Morrison flagged significant changes to restrictions after jabs are delivered as evidence emerges about the success of programs overseas.

The prime minister said vaccines were likely to change coronavirus risks which could lead premiers to abandon snap lockdowns.

‘You only use a tool for as long as you need that tool,’ Mr Morrison said.

‘If you don’t need the tool anymore, you put it back in the box. We are getting to that point.’

Hotel quarantine, border and frontline health workers will start receiving vaccinations next week but it won’t be mandatory.

Mr Morrison said federal and state health officers were monitoring whether to make vaccinations compulsory for some workers.

‘Should that be necessary, we would seek to do that on a nationally consistent basis exercised through consistent public health orders,’ he said.

Deputy Chief Medical Officer Michael Kidd is adamant authorities will be able to roll out the program despite enormous logistical challenges.

A flying squad of 500 nurse immunisers will be dispatched around the nation to vaccinate aged care and disability residents who are in the initial phase.

Hubs at major hospitals will also be ground zero for the Pfizer drug, which is first cab off the rank.

As the program expands, the extensive network of general practices and pharmacies will join the effort.

‘This is the largest mass immunisation program we’ve ever had in Australia,’ Professor Kidd said. 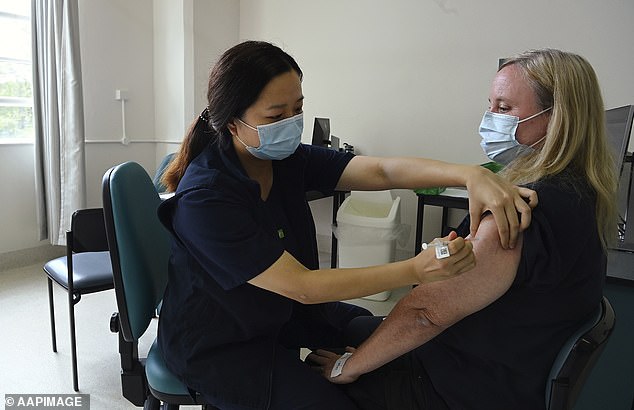 Vaccinations for coronavirus in Australia won’t be mandatory, sparking fears many will opt out of the jab 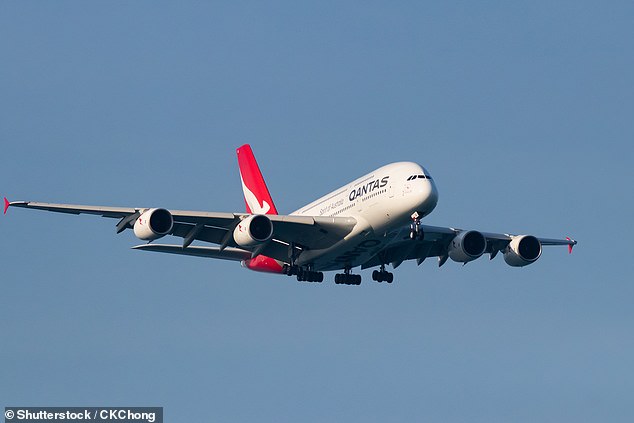 ‘But Australia, of course, has been doing incredibly well at so many levels throughout this pandemic and we do expect to be able to roll out the vaccine.’

He said Australia would be ‘up there’ with nations like the UK and the US in achieving fast vaccine rollouts.

The government is facing increased hesitancy about coronavirus vaccines despite major advertising campaigns.

An Australian National University survey of more than 3500 people found a significant decline in the number of people likely to receive a vaccine.

In January, about 20 per cent said they probably or definitely would not get a coronavirus jab once a safe and effective shot was available.

That’s up from 12 per cent in August.

The Australian Bureau of Statistics found that in December, 73 per cent of people agreed or strongly agreed they would get a coronavirus vaccine.

Mr Morrison said plans were in place to reassure, calm and encourage people about vaccinations.

Video .. Snowfall in Sochi raises the risk of avalanches in the mountains of the region